It looks like the grub was corrupted. Uninstall Ventoy and redownload, then remake your usb. They do offer a hash to check it hasn't been corroded during download.

Ferdi - All your apps in one place

Featured on the Internet’s finest publications “ I tend to find myself spending way too much time looking at things like Discord and my other chat apps so I’ve been trying out an application […] known as Ferdi ” Brodie Robertson @brodieonlinux...

The list isn't limited to any one user modifying it or adding to It... Everyone can contribute. Feel free to add recommendations.

I always seem to have a problem with dual-boot Windows showing the wrong time, wheras ZorinOs is spot on. But that is WinXP SP3, so it may just be tired

This only happens to me when in BST, when we move back to GMT I don't get any time issues in Windows.

Looking forward to trying this later.

Good for gaming. Some windows games could make the system unresponsive if not enough memory. They should be terminated automatically.

This is indeed a very useful feature in terminal and it can help a lot of people.
I use a very similar plugin in zsh, instead of fish shell, but the principle is exactly the same.
Anyone who feels intimidated by the terminal will be well served by these plugins.
@pazoff , this is your Best Post, Ever.

Is Jupiter under a new maintainer? I thought it was replaced by TLP.

Not sure, this was an option for handling power modes in Ubuntu 20....i didn't get a chance to look further to see if it was deprecated.

Jupiter was deprecated and no longer supported.

I will trying that. My Zorin GUI os terminal tty1, because Kernel 5.15.1 will updated for newest.

I did provide the downside to turning off Journaling. If you don't, you should expect an ssd to only get half the lifespan it is said to have. It's a lot of writes on the drive. This is for the user to make an informed decision.

I thank you for sharing your opinion and the link. But i stand by my post because i believe it is worth the risk to have Journaling off to extend the lifespan of my drive to at least the expected amount. I also back up regularly anymore and am not afraid to reinstall and recover if necessary.

Edit: i edited my post to display in bold the downside of disabling journaling.

There is much debate about the best solution to handling journaling with SSDs. Some argue that, so long as TRIM support is enabled correctly, journaling is fine to have. Others recommend (on Linux systems) to set the noatime flag when mounting the system, which disables logging file access time. Though this does reduce the number of writes to disk, there are reports that it may break certain applications. There are still others who recommend disable journaling entirely, though under most circumstances this is not recommended . The approach that I’ve investigated has the potential to work around all of these issues: external journaling. 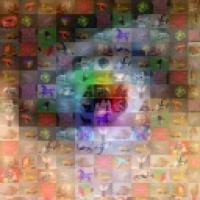 Improving SSD Lifespan on Linux: What I Learned Not to Do

While Solid State Drives (SSDs) can provide a significant performance boost over traditional Hard Disk Drives (HDDs), there is one downside which often concerns users: longevity. Although, with gen…

I stated my peace...i leave it to the members of the forum to make an informed decision of their own. It is nice to know you have the option.

Generally when buying an SSD one should pay attention first to the years of guarantee the manufacturer provides. If the guarantee is 3 years the drive is likely to burn faster. One should look for drives with 5-6 or more years guaranteed.
Also if the lifespan of the SSD is of utmost importance Btrfs should be considered:

The main reason is that Btrfs doesn't journal unlike some other popular filesystems, saving precious write space for SSDs and the files on them. The Btrfs filesystem also supports TRIM, a very important feature for SSD owners. ... A good reason to consider Btrfs is the snapshot feature.

This is my first computer with NVMe drives. They are Samsung, guaranteed for 5 years (manufacturers warrantee... which only covers defects) with an expected lifespan of 8 years and 400tb write expectancy. For an average user this may be fine and well with Journaling enabled. I, however, am more of a power user.... daily additions to the system, on it 8 to 12 hours a day... and Journaling writes to the drive several times per minute... at this rate I'd be lucky to get 3 to 5 years of use.... not a deal when it comes to cost verse lifespan. This alone would not reduce the lifespan, but the constant creation of files, installations, autosaves, temporary files, cookies, log files and other things happening in the background (service changes, internet or Bluetooth connectivity, etc. ) really makes an impact. For fun, open a terminal and type:

This will give you the most recent entries first. Looking them over you'll realize that every service and process has an entry, so that it is almost constantly written. As i said before, this may not be so bad for an average user that streams some videos, surfs the web and listens to some music with an occasional shopping trip. If you're learning a new skill, brushing up on Linux and modifying documents on the daily... complete with software installs, configuration changes, introducing new services and running servers... you see how this compounds. It is not dire nor an emergency, but needs to be considered. To get value for the money paid, you wouldn't want only two years out of a drive, would you? Especially the latest technology that is more expensive.... you'd expect to get that five years at least.

I rarely have ever hard rebooted my system. The likelihood of getting corruption is minimal. With the backups i make it would be nothing to restore should something be corrupt. I have noticed no difference since turning it off, except the drives are accessed less. I have not done a benchmark of it and i don't plan to, but it is a noticeable difference (the almost ever glowing drive access light actually shuts off for a time now).

I do not try to sway anyone in any particular direction. It is a recommendation that most users would not even know they have the option to do so if they choose unless they were looking for it. I find all sorts of information in my searches and education and share it here to benefit anyone who is interested in learning more of Linux, what it is capable of and what was hidden from them in other os's. Sharing it here enlightens those that read it, but is ultimately their decision. You may never use the triple lock/unlock combination on your car remote (if it supports it) but would like to know the option exists to start the vehicle, lower all the windows and unlock all the doors all at once. If you don't know it exists there is no option... and leads right back to being in a windows or Mac system where everything is controlled for you and you are left without options so you don't mess with what they don't want you to.

I wasn't trying to get in any debate of the merits/ downfalls of this option. Like everything else in this thread it is here to inform. The members can come to their own conclusions of the necessity of this option.

I wasn't trying to get in any debate of the merits/ downfalls of this option. Like everything else in this thread it is here to inform. The members can come to their own conclusions of the necessity of this option.

And I believe this to be true that everyone is merely pointing out the things available and as well things to consider in making the right decision that will fit their needs. Anything I have read offered in this thread has been in line with those thoughts.

I remember that until recently, we were advising users of SSD's not to use EXT4 filesystem on SSD's due to journaling. That was relaxed as SSD's have become reportedly more robust and reliable regarding number of writes.

As per above posts, there are known pro's and con's of journalling on SSD's. I suspect with improved SSD relaibility, we may be at a tipping point where one answer does not fit all.

It is good that this subject is aired and updated on the forum, as technology changes. Users with SSD's should be informed or reminded about inherent write limitations of SSD drives. They should weigh the economic and convenience of additional SSD wear-and-tear of using a journalling filesystem.