Very new to Zorin OS after seeing it featured on the Explaining Computers YT channel and loving it so far!

Previously I have used Ubuntu, Linux Mint, MX Linux, ChromeOS, macOS, Windows (All versions after 98) but Zorin OS so far has the best 'first impression' and stylishness I haven't seen elsewhere.

Drifting a bit away from the topic here, my main question is if the drop-down menus in Zorin Appearance > Theme > Other are supposed to be empty or if this is some kind of glitch?

Clicking on the drop down immediately selects another font for me, which I found a bit confusing 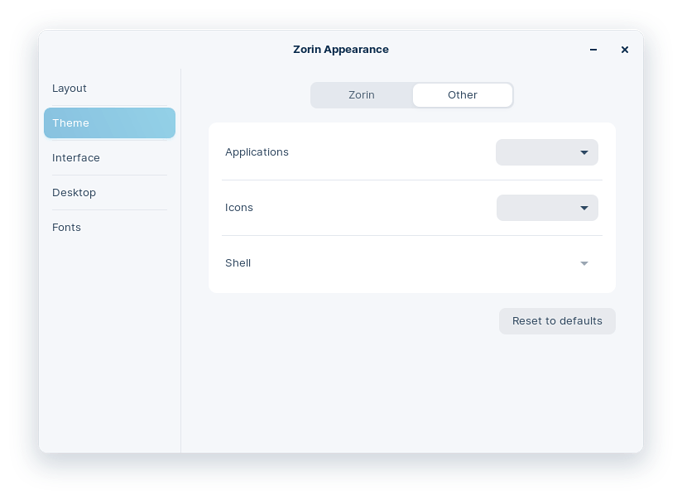 Aside from that I was wondering if I can upgrade from Zorin OS 16 Core to the Pro version if I would want to later on, or if this would require a complete re-install

Drifting a bit away from the topic here, my main question is if the drop-down menus in Zorin Appearance > Theme > Other are supposed to be empty or if this is some kind of glitch?

Hello and welcome to the forum

Yes, it is normal to see those empty selections with drop-down list. I have Zorin 16 Pro and mine looks exactly the same as yours. 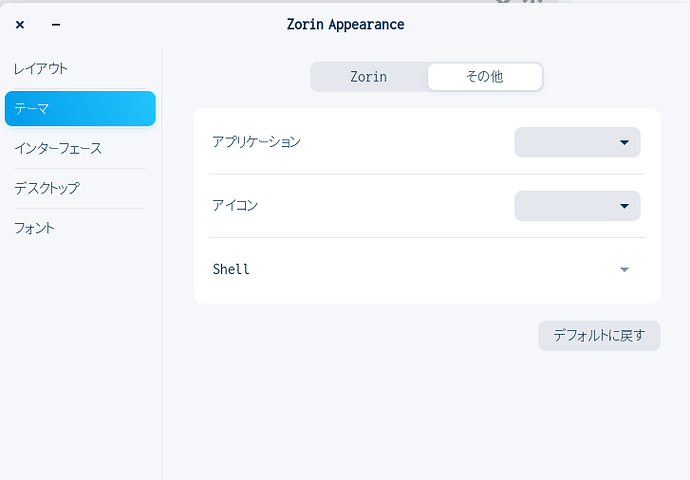 And you will see this when you select Zorin in the top tab. 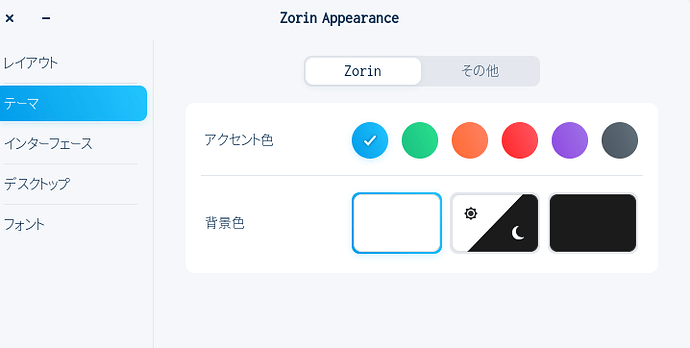 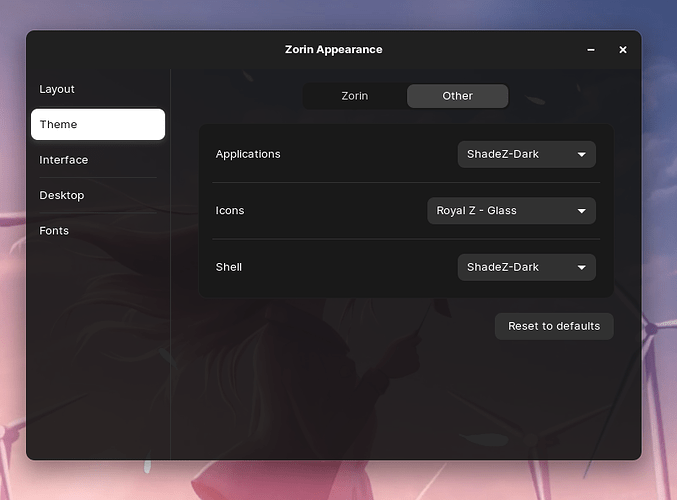 Currently you will have to do a clean install of pro if you go that direction. An upgrade tool is in the works but no word on how soon it will be released. It will be for 15 ultimate to pro, maybe 16 core to pro. Backup your home folder, follow the guide for backing up repositories and apps in the tutorials and guides category of this forum and it won't take you 15 minutes to reinstall.