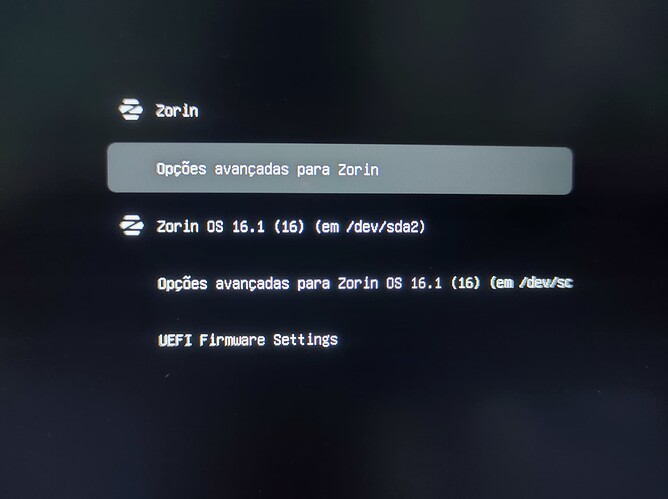 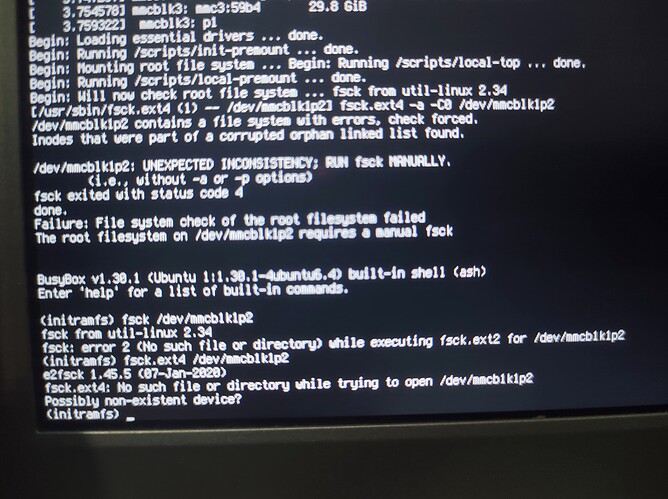 I installed Zorin Os Core on my sister's legacy multilaser laptop. At startup, I was left with these two input options, as if Zorin was installed in dual boot (?). Then we decided to boot again to try to fix this problem. But now we are left with an even bigger problem. As you can see, it is giving an error due to corrupted files on one of the computer's disks. I use the fsck command, as I saw in several tutorials, but the system says that it was not able to locate the disk where the corrupted files are. I don't know what else to do, can anyone help me?

Assuming that this is a full install without any Dual Boot of another O.S., I would boot into the LiveUSB medium, then use gparted to completely wipe and format that drive.
Then reinstall Zorin OS.
It looks like a bad sector or block corrupted the entire installation.

Yes, it's an emmc. But we didn't dual boot. I formatted the computer and installed Zorin, I think it turned out like this because the computer has two different disk drives, one emmc and one ssd.
I will follow your instructions and try to solve the problem, thanks!

Thank you for the help!!! I managed to solve the problem, cleaned the disk and installed Zorin again as you said, now it's working fine!