Feedback and suggestions for developers

If anyone asks for a distro recommendation I tell them to choose either Zorin or KDE Plasma. If the person wants something similar to Windows then I tell them to use KDE but if he wants to take the taste of Linux then I tell them to go for Zorin. Although most people suggest Ubuntu or Mint but I don’t do that due to some reason.

However, here is some suggestion for devs that I think will make Zorin better. I am giving these reason keeping 2 thing in mind.

User Interface: Zorin Pro has some extra layouts like Windows and Mac but honestly those are not something new. Anyone can do that on Ubuntu by doing some clicks within 2 minutes. Zorin should do some extra work on it, especially on the Mac layout. The upper panel is fine but Zorin should make a beautiful Dock just like this picture for the Mac layout. 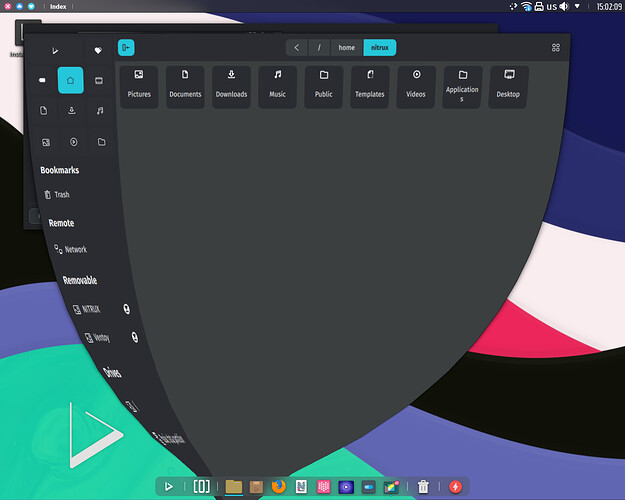 Application Launcher: The application launcher needs some work. It has no animation while opening or closing. Also, the app's view is not quite good. Zorin can make it looks like the below image. Smaller icons with blurish backgrounds with a very light white color will be much better. 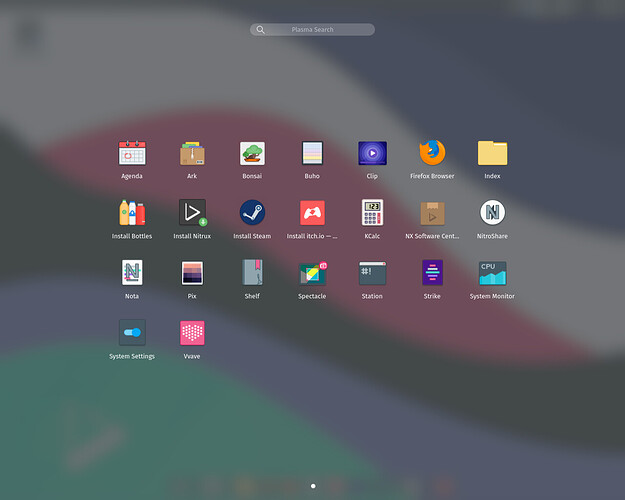 Window: Zorin can add the transparent background option for all panels with blur. Users should be able to change the amount of transparency and blurriness. “Always on top” button will be a really great feature for the window because sometimes we want to keep a window always on top so that we don't have to click that window, again and again, to bring it on top and work in it.

Office suits: Libree Office comes pre-installed in Zorin. Zorin should let it’s user choose which office he/she wanna use. As an example, I think OnlyOffice and FreeOffice is great. And I do personally use OnlyOffice because it feels much better. Now uninstalling Libree and installing OnlyOffice is a hassle and also time-consuming. Also, there is a problem is Zorin. Even if I uninstall Libree but still it keeps showing in the application menu. Please fix it.

Upper Panel: They upper panel is fine. But for Mac layout there should be a wifi icon. It will help the user to keep an eye on how much network they are getting. Also on the top left corner you can add a Zorin icon. That Zorin Icon will open a menu. Now its up to the user that he/she gonna open the menu from the Dock or the Panel. Because different people like different kind of Menu. Hence they will get the opportunity to use the both. Now if you can make it like ArcMenu gnome extension then it will be better. User will be able to choose their menu style.

Dock/Bottom Panel: I have already told about the Dock. But It will be better if the user can change the application launcher menu in the Dock just like Linux Mint to KDE neon.

Vault: A vault can be a really good feature. As Windows doesn't come with a vault by default so it may make new user happy and give him a reason to stick with Zorin. Now you can make your own vault or just simply can use the KDE vault.

Screenshot: FlameShot is the best screenshot tool for Linux. Because you can mark on the screenshot and do many more things. So you can either edit the default one or you can add FlameShot by default. You can keep both. FlameShot Icon will be on the panel while if someone wanna use the default one he/she can just press Prnt button.

And these all can be only in Zorin Pro. Well, these are some of my thoughts about Zorin. Let me know what you guys think.
Thank You.

Wow, that is a lot of good feedback.
There are a couple of points I would like to counter, though. That so few gets my attention can be perceived as a compliment.

Are you referring to the Magic Lamp effect or the Jelly Window effect?

It is best if the OS comes with a Well supported Office Suite to help new users get started.
Users do have the choice and can install, reinstall or replace the Office suite as suits their needs. I will go more in detail on this under the ScreenShot app comment...

Screenshot: FlameShot is the best screenshot tool for Linux.

I have tried using Flameshot many times. I know a lot of people really like it and its features. It is a very powerful tool.
Yet... I never had anything but trouble with it. When it worked, it worked great. When it didn't... it was not so great. I would save a file and it would misplace it. I had files saved that were corrupted, causing me to repeat the whole setup in order to screenshot again. It carries quite a few Qt dependencies. It won't match the system theme without additional configuration.
I prefer the XFCE-Screenshooter that comes with Zorin OS. It is basic, but functional. It is simple - and I can edit the image using Gimp, Krita, or Pinta much more easily and with more refined results. Make One Tool - Make it Work Well.

And this means... All users will have different preferences for software. No Distro can predict the "best" software for all users.
So the default is to Keep it Simple. Gnome-Screenshot and XFCE-screenshooter do just that.

I could go at length about Gnome-Software needing to be replaced with Synaptic Package Manager.
But most users freshly migrating to Linux would find Synaptic baffling, even though it is easy to use once you learn how.
So, Gnome-Software, in spite of its many faults, is simply a Good Starting Point. A stepping stone in the users development.
It makes it a good (enough) choice as the Preinstalled Software Manager.

Thank you for your response. By saying Giggly Effect I was referring to this option. 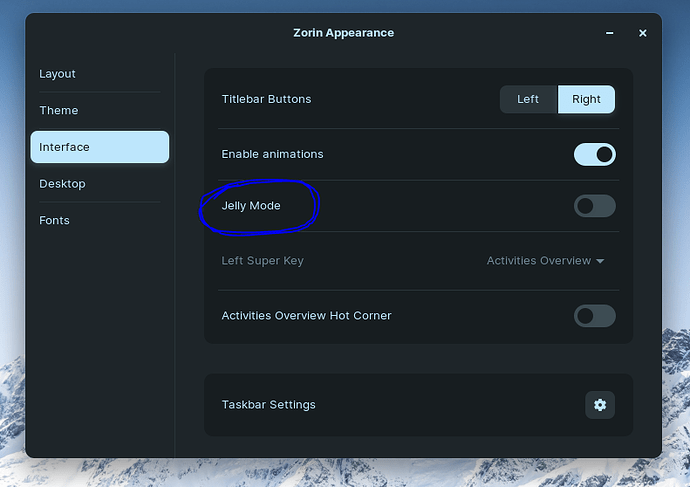 Capte791×559 125 KB
And another thing I don't understand why is it happening is, I have uninstalled Libre from the software store but still it is in the application and I can open it. Why it is not completely removed? 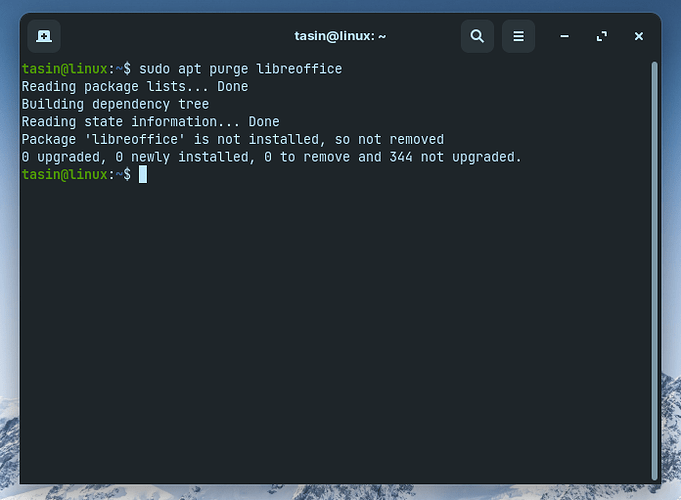 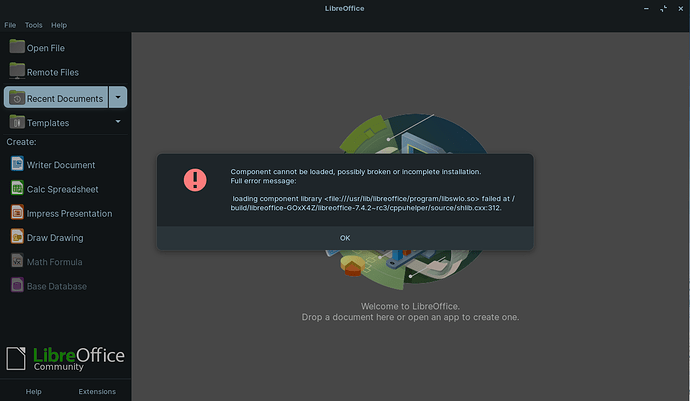 I have uninstalled Libre from the software store but still it is in the application and I can open it. Why it is not completely removed?

You uninstalled the main file, but not all the components.
Try instead using the WildCard (*):

The problem here is Gnome. ZorinOS could be exactly like you suggested but most of the times, it's limited by Gnome.

Gnome can't do blur with good performance and it's not too customizable either.

The problem here is Gnome. ZorinOS could be exactly like you suggested but most of the times, it's limited by Gnome.

I am agreed with you. But even without blur Zorin is best for official and home computers. I think no one cares about blur and some other stuff I have said until it is a personal computer.