Even though I removed Windows 10, installed Zorin, and replaced the hard drive there was still an issue with the mouse behaving as if it was being wirelessly controlled although anyone who was supposed to know about computers would say otherwise because they were misinformed and did not understand all of the technology.

After I removed the laptop screen and located some of the additional undisclosed wireless components behind the screen (& disconnected them along with known wireless cards under the keyboard) I then detached the wireless connection behind the screen (that was not labeled in the technical manual) that I thought might be enabling a remote wireless mouse override and it ended up being the right one and the mouse worked fine after that.

So if anyone is having an issue with a mouse that has the appearance of a computer glitch, it is likely being controlled remotely. Manually investigate & disconnect all wireless components (including behind the screen) and see if that helps. 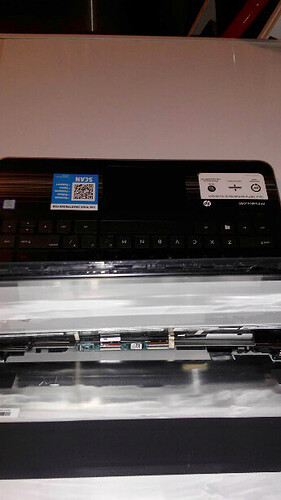 It would be helpful if you could label pictures of the Wireless Components so others can identify them in their HP machines.

Adding a Wireless Network Connection, How to?