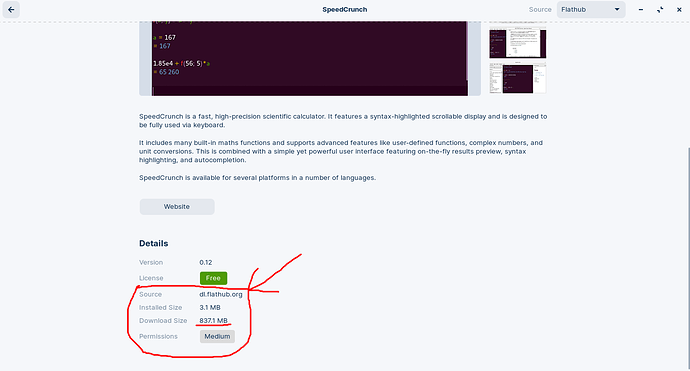 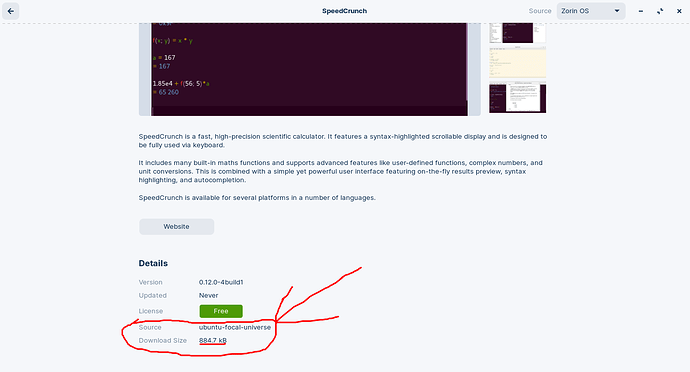 From what I know flatpaks download the runtime used by the application when you download an app that uses that specific runtime for the first time. New apps that depend on that same will not download it again so after you have downloaded a few flatpaks, further downloads should be smaller since the required runtimes are already on your system. If you use the 'flatpak install' command from the terminal it actually shows what all are being downloaded and their sizes.

PS: I'm actually quite new to linux in general so someone please correct me if I'm wrong somewhere.

Because FLat and snap is wrapped in a sandbox with its own libs. FLat and Snap doesn't use shared libs of your system and that's one of the reason Flat and snap apps runs slower and uses more resources.

My reply is correct right ?

This is actually commonly misleading.
Certain Flatpaks will get updates faster than .deb files. But a lot won't.
It makes sense when you think about it...

A Maintainer that supports a series of packages that are .deb or flatpak or snap are not going to take care of the updates for one package but not bother with the other package until some later time. They want to be known and reliable for supporting their app.
And .deb is by far more commonly used than flatpak.
So, all updates will get pushed through around the same time.

Only devs that have a certain motive to push the use of Flatpak or only supply flatpak packaging can really make sure their flatpaks get a faster update.
So, yes, certain flatpaks may see a faster update, as long as that dev is biased toward flatpak and even then, most users won't notice the difference.
Otherwise, it is a myth put out there by those that really want to push Flatpak or Snap to replace APT and .deb packages.

Thanks for correcting me

I read that from somewhere I don't remember the source

Your post above was correct aside.
Flatpaks do share exact duplicate dependencies but only with each other. So, Flatpak is not quite as bloated as Snap is, but still are very bloated since .deb shares all dependencies, period.

Because FLat and snap is wrapped in a sandbox with its own libs. FLat and Snap doesn't use shared libs of your system and that's one of the reason Flat and snap apps runs slower and uses more resources.

Well said, i try to avoid those as well. I noticed the issues i had when i used steam flatpak. Spend hours to get a custom proton to work, i followed everything on the internet and steam refused to see it. Removed flatpak and used the deb package and within a minute it worked.

The runtime used by a Flatpak application is sharable (not bundled):