Getting Davinci Resolve to work on Zorin OS 16.2 I OpenGL Driver Issues

I'm in the process to ditch windows for Linux and chose Zorin OS to be the distro of my choice.
I use Davinci Resolve to edit my YouTube videos and have done so using my Hackintosh in the past. However, I would love to use Linux exclusively and also edit on here.
Well here is the problem you probably already anticipated - Davinci Resolve and Linux are not a match made in heaven to say the least (thx blackmagic) there are ways to install Resolve on Ubuntu which of course Zorin OS is based on - so I have run the "MakeResolveDeb" script and got it installed - however I am constantly running into the "Unsupported GPU Mode" OpenGL Error - meaning Resolve does not recognize that my AMD-GPU supports and uses OpenGL.

I have tried almost every tutorial out there and can confirm that OpenGL is installed and recognized by the system.

So here are my specs:

Any help is MUCH appreciated!

There are a couple of previous questions re Davinci Resolve here on the forum. This one refers to Ubuntu 18.04 (Zorin 15) but may still be of some use.

Perhaps these help, if you haven't already read them:

As far as I know and read - DaVinci Resolve only works with Nvidia cards. 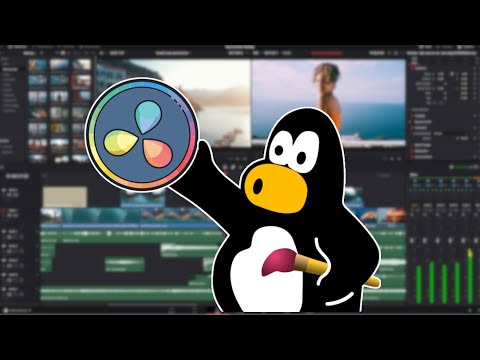 Thx for the suggestion - these are tutorials I actually have not tried yet - will try them and report back on the issue - it would be super dope to get Resolve to run on Zorin OS 16.2

I don't use YouTube at all now when the first amended Privacy Terms were released. I moved to Veoh and then to Vimeo. All my Vimeo uploads were created with KDEnlive. Wouldn't use anything else.