Grub not showing up after boot repair

Hey peeps - happy new year. Bit of an issue with a Win 10 - Zorin OS 16 Core dual boot machine (OSes are installed on their own partitions as per the forum instructions). I went into my Win installation this morning and created a new FAT32 partition from the free space of the Win installation partition. Shouldn't have done that apparently as it screwed up grub and I couldn't boot into Zorin even from the one-time boot menu ('ubuntu' was listed there, just wouldn't do anything).

So I did Boot Repair from the live Zorin USB, which went well using the recommended settings; however, whilst I can now boot into Zorin, the graphical boot menu doesn't show up at all on boot - it's like it's there and the timeout timer runs, then it boots to whichever OS is listed first (the boot order is correct in UEFI, by the way). I also tried editing the grub file to change the grub timeout style to 'menu' but that's not helped either.

I've looked quite a bit around here and elsewhere, as surely this must be a common issue, but wanted to pick your brains as I need to ideally have a straightforward option to boot into Windows for work, which resumes tomorrow...

Any ideas? Do I go back and do another boot repair? The machine is a Dell Optiplex 9010 AIO, 8GB DDR3 RAM, 256GB Crucial MX500 SSD, third-gen i5 with Intel HD 2500 graphics (all working well on the hardware front as far as I know). Thanks in advance for your help!

Try using here taskbar searching. I know somewhere was that topic on this forum. 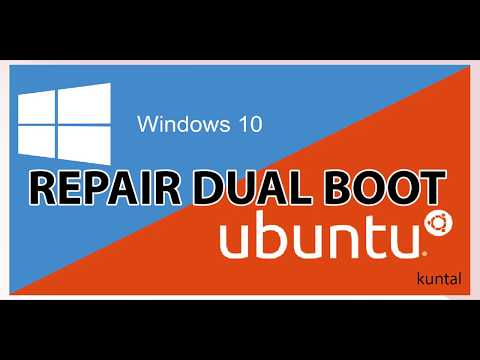 Hey thanks @Bourne, this prompted me to go over the steps I took earlier. So I solved the issue by adding the shimx64.efi file to the boot order manually - I was reluctant to do this at first, since 'ubuntu' was already listed in the boot order but perhaps that was a corrupt item, or what have you - so after pushing that entry to the top and applying/exiting UEFI, grub appeared. Hooray! Not sure if I could remove the old 'ubuntu' item from the boot order now entirely, but I won't mess with it unnecessarily.

For anyone looking at this in the future, simply repair grub, then go to your BIOS and add manually the shimx64.efi file to the boot order - in fact, you'd be prompted to do this after the boot repair completes, but one can overlook it, apparently.