How do I find the shortcut keys to control the volume

I googled for this but I found some articles that the shortcut keys should be under settings -> keyboard but it is not this way on my version of zorin. I would like to be able to control the volume with my wireless keyboard. What should I do?

How to enable my keyboard's volume keys in XFCE?

I wonder why Xfce makes it so hard to assign keyboard shortcuts as compared to Cinnamon ????? ..... it is so straight forward in Cinnamon and you don't have to know the commands to assign the keys ..... I do have a problem however in how to add a custom shortcut ..... but more about that later in a post I will generate dealing with customizing a panel ..... 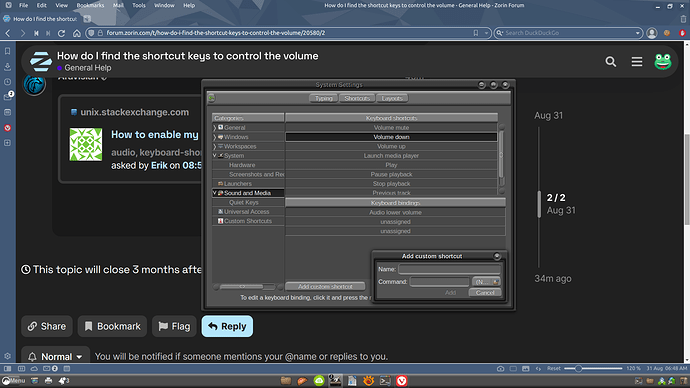 Ummm... I also use Cinnamon and you do need to know the command. Your screenshot shows it asking for the command in the Popover window.

Seems like the problem was my "made in China" slimline wireless keyboard and that the volume control keys were on the keyboard but it was not clear which key sequence activated them.

It is different in most of the keyboards, dell keyboards have a specific keys for volume

Yes but that is only if you want to add a custom command ..... for normal use such as volume up or down you just go to where it says unassigned click on it and choose your new shortcut ..... unfortunately I can't take a screen shot of the rest because I have my take a screenshot as shift + tab ..... 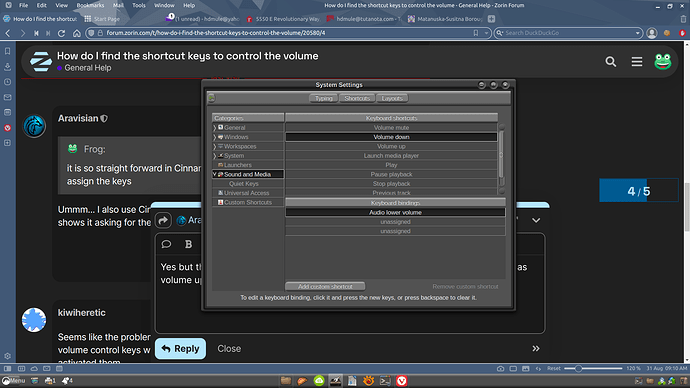 Here is how I have my screenshot set up .... 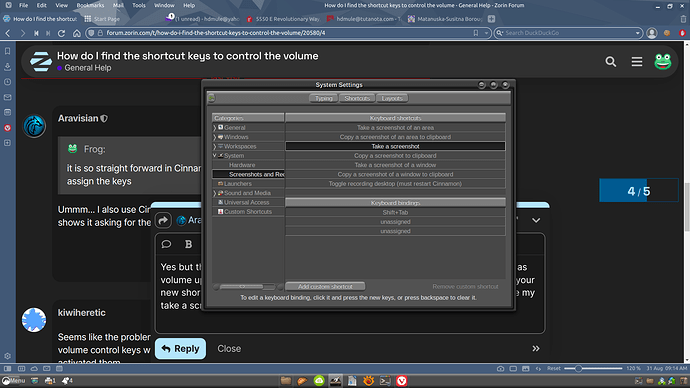 Ah thanks. Whenever I assign a shortcut, its almost always a custom one.