How do you choose the distro to stick about?

even if I not really new to linux, for me it's always been a mystery how to choose the "perfect fit" distro for me.
I mean, in my head there is a macro-category division, like:
debian-ubuntu based - i need to use my pc, not to learn to code
arch based - I love to live on the edge, also if it means that sometimes could fall
slak based - I have to pay for my sins, and want my system to survive to the collapse of the Earth

I, as a average user, use my pc for browsing, editing some simple documents and pictures, watching series, etc. so I'd like to stay in the first category, ubuntu based.
But for example, how to choose between Xubuntu or Zorin lite? There is really some difference that impact the functionality or it's just all about aesthetics?

And you, what have you make choose Zorin?

Well it must be something like we are kids and we likes some icecreams even we are older and still eating them example strawberry.
It must be something to belong a name some company or a name.
Besides brothers Zorin have long history and this distribution is long time ago that means also they have long period ecperience with linux.
I can be wrong but i steel feeling old times nostalgy cd plate Zorin linux version.
Every time i back to Zorin i know sometimes something not working but show me the perfect operating system without bugs. Regards to all users Zorin.

There is really some difference that impact the functionality or it's just all about aesthetics?

And you, what have you make choose Zorin?

Yes. For me, the two distros are remarkably similar. But Zorin OS has shown performance and speed improvements over Xubuntu.
The ZorinGroup appears to be a bit more fastidious about what updates roll through. I have experienced more stability on Zorin OS than on Xubuntu. The vast majority of the time, the updates on Zorin OS Lite and Xubuntu are exactly the same. It is quite rare that they are remarkably different - but those rare moments count a lot when using a distro for an extended period of time.

In my own experience, most distros can conform to what you want it to be with a few exceptions. I am not a person that wants my OS to be what it is out of the box.
It does not matter what Distro I choose, I absolutely will spend time configuring, changing and even compiling things - to my own preferences and liking. Aligned with how I prefer to work and workflow, navigation, organization and... the most important of all - What theme it uses.

Zorin OS includes many of the same customizations that I would have set up on my own. They just make sense. Using Zorin OS as a base to configure my OS my way, I have much less work to do than if I used another, including Xubuntu.

What attracted me to Zorin was the demise of Freespire, the community version of Linspire back in the day. Lin/Freespire (formerly Lindows) was the main contender in respect of appealing to Windows users to an alternative desktop that was familiar in layout and use ability. I was desperate to support an OS in any way I could that gave the opportunity to get people away from Windows to a GNU/Linux that was familiar in design and layout to Windows. So around the time of Zorin OS 4 I started contributing to the forum and within a fortnight I had been honoured with the post of being a forum moderator.
That was back then. Now my distro of choice is Devuan 3.1.1 with Plasma DE.
Time, knowledge and awakening to other distros founded on levels of high security and freedom from systemd, pulse audio led me to Devuan and there is no turning back.

No one can tell you which distro is perfect for you. My journey started on elementary OS. I was beginning learning coding. Linux was recommended, but i was having just as much issue installing all of the ide's and language developer packages as in windows. So i tried Ubuntu, pop and zorin. There were a few things that needed adjustment, getting some hardware working and everything set the way i wanted, but i found Zorin to be the easiest to understand, work in and configure. It wasn't long before i was exploring other desktop environments (xfce, cinnamon and finally kde). You wouldn't be able to tell the difference from gnome to kde if i disabled the desktop widgets (like win 7). I've been happy with this setup for a while now. I can add software, fix just about any issue.

This may not be your goal, but in the process of learning a new OS, you will gain understanding of how it works. How much is up to you. But that is how you know that you found the right distro and desktop environs for you. You will want to learn it, want to explore and understand, find it to be intuitive and similar to what you've experienced before, all without hassle when installing software and changing configurations.

You will find things you want to change, just as in windows, and the ways to change them (either here in the forum or other places online). Before long you will like what you know, be curious about a few other things, and happy that you understand you can fix and customize without breaking your OS.

I hope you find the distro that fits both your needs and curiosity.

When I started using Linux, I found out that there is no perfect fit. It always depends upon the PC which Distro works and which Runs

The rest is your experience with Linux which makes your work easier on each and every distro. I usually prefer xfce(zorin lite) because it is very light weight that my high end PC handels it like its nothing

with kali as a dual boot

Many linux distributions have some diffrents support and software. For audio this could be here Best Linux Distros for Music Production
for gamers could be a Garuda , Pop OS! Nobara , Fedora Games.
For office any distribution.
What i using it is Zorin because have many options, layouts and gived in pro version more software. I using xfce but propably next version will trying a Gnome. Gived a chance to check if this a better.
Propably in future if i have a choice what should i going it will be linux not a windows. The solution is simple. I liked my life to be simple if things from internet and virtuality spend my time then i have more time in real life. That why i don't need many things on PC. Most important it must be funcionality like a car it must working.

So, if I understand correctly, most of you has already an idea how the ideal distro would be, and simply pick up the one that require less step to reach that result (apart from hardware compatibility).
I mean, I could install Zorin and make it a rolling based on deb testing with KDE, but it would be easier search for something that has already some feature that I search.

Nice to know. thanks for all the replies.

O.T.
@swarfendor437 In the past I read about the system.d and also I reached the conclusion that was worse than sysvinit, but then I decided that it would be easier go with the mainstream.
Lesson learned in history: Betamax was way better than VHS, but in the end VHS ruled the market till a more modern solution came out.
Are you sure that the effort are you putting in this will pay off? I doubt that in the future e.g. Canonical would say "Hey! We were wrong! Here ubuntu 40.20 back with sysvinit " but probably there will be a system "xx" that would replace both.
No flame intended. Also I when I start using linux had choose Slackware because it was the only distro using system V (really don't remember what was the counterpart) but in the end you see how is gone.

That's hard I've a habit to distro jump, but so far Fedora Workstation and Zorin Pro I have been closets. Fedora might not be as user-friendly because you have to add 3rd party sources to get propriety software/drivers, but there some websites that makes it super easy though.

There are other boot systems better than systemd. SysVinit, naturally but also:
https://www.slant.co/options/12956/alternatives/~systemd-alternatives

You have to remember that Red Hat was responsible for pushing both systemd and pulse audio as they have always seen themselves as the Microsoft equivalent in the GNU/Linux world. They also have a long term aim to remove /etc from the GNU part which would prevent users from creating .conf files to rectify issues. Good luck with your systemd, as for me I'll never go back to it or pulse audio either.

You don't stick to one.

Dual boot, triple boot, even more with windows. That's the path of learning... 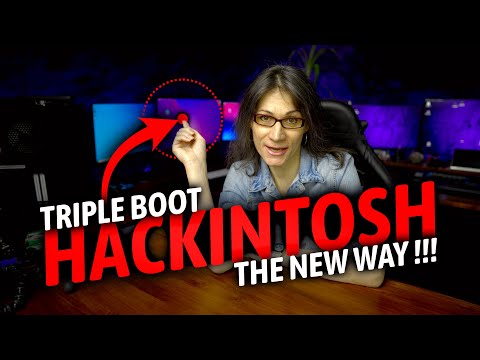 If losing data does not matter then by all means use BTRFS. If you'd rather play safe then stick with Ext4. Last post on this LM thread says it all for me.

If you have a spare drive to implement BTRFS on then by all means play with it but don't risk it with crucial data. The same reason why I never encrypt, potential loss of data.

Yeah but she has a monster a computer to get that virtualization.

If you set up a daily incremental back up of your home folder using Dejadup the risk is getting minimized even if you are on BTRFS or Ext4. BTRFS snapshot feature is really cool and could save your system in case of unfortunate upgrade. Snapshots also could be implemented on Ext4 with Timeshift but are not instant like on BTRFS.
You could also use a separate partition formated on Ext4 to be your home folder and storage for your data and BTRFS only for the system partition.
I keep an incremental copy of the Home folder on the other disk no matter the file system used.

It's even simpler to keep a backup of your /home folder including hidden files to external hard drive. In respect of other distros, the only other one apart from Devuan are those that prevent older kit from going to e-waste and that is MX-Linux, which now too offers SysVinit, and more recently KDE Plasma.