How to install Adobe Connect App?

Is there someone who could install it?

Adobe Connect is for windows and has very little support from Adobe for any Linux OS, though Ubuntu, upon which Zorin is based, was given some limited support years ago.
As I understand it, Adobe Connect requires Flash- which as of now- is deprecated by Adobe.

I looked up some web info. Some have installed it with WINE (Or on Zorin, Zorin-Windows-App-Support) but with mixed results.
I honestly have no idea if Adobe Connect is still viable- or if it will be for very long, given that Flash Player has officially been brutally killed.

Thank you for your answer.

I’ve tried with WINE, PlayonLinux, but it does not work in my case.
I’m going to try with the flash plugin.

Another question is how to uninstall it because it is poping each time I open the browser version of Adobe and crashing. 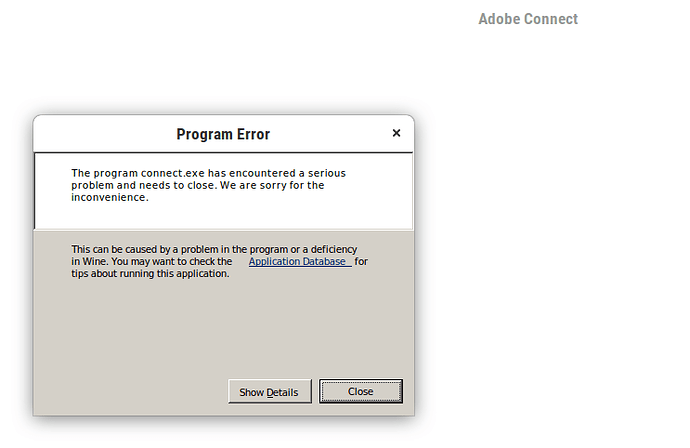 So I’d like to uninstall it first before trying with the flashplugin.
The app does not appear on the playonlinux

In terminal or hitting alt+F2, enter in

Otherwise;
Wine does not operate with a registry - often, you can uninstall merely by removing the unwanted directory form within the home wine folder ~/.wine