Hi, I got this message from the taskbar 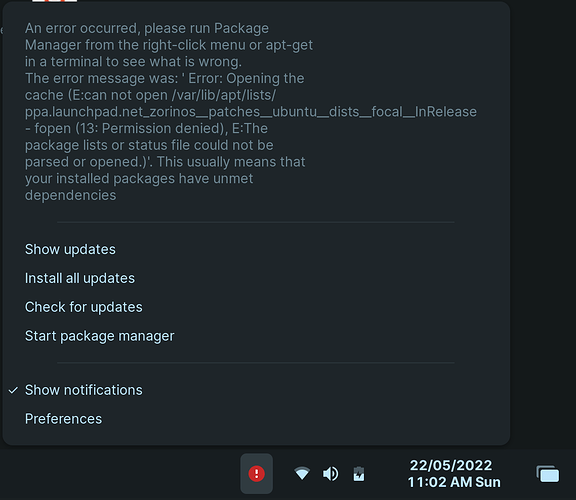 I had added 3 ppa's by the time this first appeared, Kazam, QBitTorrent, Brave-browser.
I have done the solutions from this AskUbuntu post.

No apps were reported broken in the terminal and no packages were upgraded.

But I have not yet had the notification in last 2 boots. Is it possible that it resolved itself ? Seems unlikely but a new run apt-mark showhold showed no errors

It may be that the partial upgraded has since completed. Keep an eye on it and please mention if it reasserts.