Installed Zorin but full of bugs

How do I know which one the older version is?

If you have a few Kernels in your system you can set manually what Kernel version will start:

Mine looks very different. I just have grub grub grub
And then possible commands with a long list of words I typed in boot and it says error you need to load a kernel first but I cant see one?

Let me get some info about the installation first, From Which Website did you installed the .iso file and which application did you used to create your bootable drive?

From zorin and the suggested b something. I don't remember the name. But it was easy three steps

and the suggested b something

How do I get out of the grub menu?

See this is strange I'm in the grub menu but control x doesn't do anything. Also the advanced options isn't displayed. Can I reinstall grub via terminal. I took a picture it's in the other feed.

You can install boot-repair if you can. This will fix a Lot of your problem's

Great I have done this thanks. Would you still recommend to reinstall the OS? Are there any good YT channels to learn linux?

If this went Great then there is still hope left

Reinstall is still recommended if you are still facing a lot of bugs.
Learning Linux is not that difficult, Especially on Zorin OS which is quite similar to windows. You just need to learn the behavior of a Linux Distribution. You can read the guides at the bottom of this post in order to learn some basic Linux Commands and you will find that there is not a great difference between Windows and Zorin.

Welcome to your Adventure from Windows to Zorin

This Guide Provides you one of the most popular tricks for Switching from Windows to Ubuntu/Any Other Linux Distribution. If you are planning to Switch from Windows to a Nice Ubuntu Based Distribution, You Should Consider taking a Look at this Guide

First Install the OS in a Storage Drive and Convert it into a Boot Drive for the Desired Distribution. You need to Install the .iso file from their official site (For Zorin OS) and …

From zorin and the suggested b something.

I would assume @Hdky means Balena Etcher was used to create his Zorin Core bootable USB.

I would also suggest reading this thread: Before you install

Ok thank you I will check this.

Hi, I have done this and get these errors. 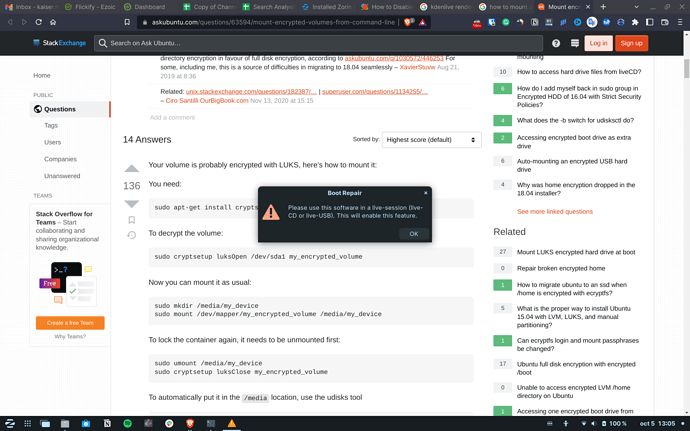 It can be done from the installation media's terminal.

I best off to reinstall the OS?

I think the issue was my usb stick. It was always used on mac and I don't think it was formatted properly to windows, before I downloaded zorin. Anyway. I think it is properly formatted now.

Which one is the installations terminal?

The Terminal in the Try Zorin Window.

I think the issue was my usb stick. It was always used on mac and I don't think it was formatted properly to windows, before I downloaded zorin. Anyway. I think it is properly formatted now.

Please use balena etcher for creating the bootable drive.

You might also check out Rufus, Multiboot or Unetbootin.