Is there way to change the position of window video capture(my cam) in video recording in obs?

I saw a lot of youtubers recording video that show their desktop and their cam, i can do that with obs, but i can't change the position of my window cam automatically as they do during the recording (top,left,right, down), any one know how i can do that?
in windows there r a plugin do that in obs, but that plugin not work in linux:

A simple plugin that makes scene items move like the window that they are capturing. Currently using black magic to peek at internals, will only work with an exact matching version of OBS! Works with the Game capture and Window capture sources.

OBS (Open Broadcaster Software) is free and open source software for video recording and live streaming. Stream to Twitch, YouTube and many other providers or record your own videos with high quality H264 / AAC encoding.

Also have you tried the add-on's?
Goto the "Software app" search " OBS"
select " OBS Studio" then
Scroll down to select add-ons 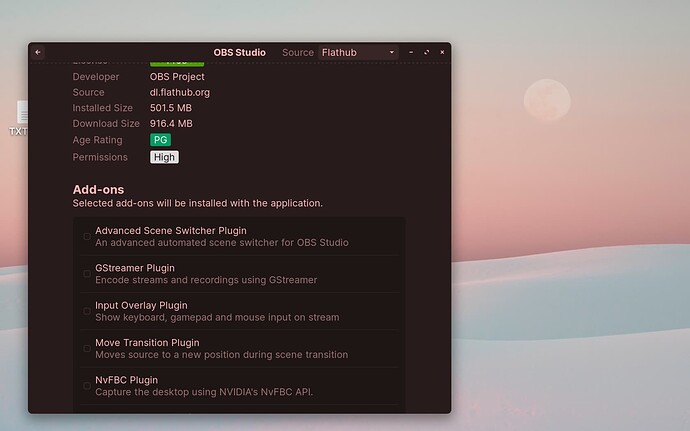 I have found the way for that by using move transition plugin in obs, i don't need to use two sense, i can use the filter option in sense and choice the move option, and i did hotkeys to use it.
steps:
1-download that plugin and put it in the path:
$HOME/.config/obs-studio/plugins
note: the older version of the plugins worked with me good(i used move trasntion 2.3.5) u can found all version here: Move transition - History | OBS Forums
2-go to sence transition in obs and choice move
3-click on ur sence and choice fillter, and from there u can add effect fillter for window video capture(ur cam), add fillter to top , left, right, center, etc..., and u can add hotkeys for them.
4- if anyone need more details , i can make video for them