Is this computer good with Zorin OS?

Hey guys, I'm about to buy a new PC tomorrow, I saw this one. which fit's my personal budget great, I also found the drivers and such. would this laptop be good to work with Zorin/Ubuntu Deriviatives?

Should work. You may need to run

in terminal under Try Zorin to get the internet to work and use nomodeset until the Nvidia drivers are installed.

How about the LED lights? How would I controll the brightness if you'd know, would xset shortcuts work?

Lenovo used to be quite good with Linux in years past. But slowly, that has changed as they cater to the far dominant market of Microsoft. It's not like Lenovo is wrong or doing anything wrong, they follow the market. But it can be frustrating for us Linux users.
Linux on Lenovo works far more often than not. But it does have a higher incident of not working on Lenovo than on others - the ideapad line seems particularly troublesome.

I wonder if a comparable Starlabs may suit your needs.

Using nomodeset as a Grub Parameter prevents conflicts in Graphical drivers by disabling drivers until the kernel loads.
Setting a grub parameter is done either in the installed OS with terminal

or pre boot with the e key or the esc key at the spash screen.

I wonder if a comparable Starlabs may suit your needs.

so I should put this whilebooting my Machine, then install drivers and reboot?

Okay I, found this. even though it's not for my model it could work: GitHub - Izurii/Lenovo-Y720-KB-Led-Controller: Controller for the backlight of the Lenovo Legion Y720 keyboard.

I'll just have to be a bit patient, for the Zorin 16 Ultimate release to put on this machine.

Some posts I found abt this btw:

Keyboard with RGB that requires a Windows program to light up

How to enable keyboard backlight for Ubuntu 18.04 OS on Lenovo Thinkpad L480 laptop

so I should put this whilebooting my Machine, then install drivers and reboot?

No, you would need to edit grub from the e or esc key at splash screen to set the nomodeset parameter. This only needs to be done if you have poor or no graphic on Try Zorin. If graphics are working during the installation, then you can skip that and run the installer.
These are tips in case you need them. But you may not. I would try running the installer first. If you need to connect to the internet, the terminal command above should help in the Try Zorin phase. But... You could just skip it, not connect and uncheck the "Install updates while installing" box and just run the updates after the installation is complete, too.

I had a Lenovo laptop with LED lights (I don't have it anymore, I gave it to my brother) which worked out of the box with Linux. To enable the light in the keyboard I had to press FN+Space. But the funniest part was to get into the bootup menu. To do so I had to put a toothpick into a tiny hole to press a hidden button in the laptop to get the bootup menu.

I have an Asus tuf gaming a17, with zorin 16 on it. Everything worked from installation except to choose the color of my keyboard backlight...i need windows for that (damn Asus). That said, you will want to go with zorin 16, not 15.3. Not all the hardware will be recognized and you'll have a lot of workarounds to implement because the kernel version is too low on 15.3, hence the firmware won't fully support your hardware.

Zorin 16 beta is stable enough to be installed and will upgrade to core when it's released (just keep installing updates). That will cause you the least amount of grief... trust me, i ran both in the Asus and 16 was a godsend. It will actually perform better than 15.3 also because it's written for the newer hardware and algorithms for the newer cpu's.

I'm glad you found a laptop that suits your needs and budget... that's a difficult feat. I hope you receive it as fast as you found it (had to wait 3 months for mine). If you run into issues we'll guide you to the best of our abilities.

Maybe someone proposed the same before, I apologize in advance if so, but it would be good we could try to keep a non-official list of Hw where Zorin 16 is running without major issues. This could help new users pick with more confidence a new laptop or desktop. Would it make sense?

For sure there’s info about Hw scattered all over the forum but it might be good to have this info consolidated somewhere.

I think I noted earlier about xset, that it might work. Linux has auto CPU load modes right?

to add there are two GPU's in the laptop. Nvidia GeForce GTX 1650 Ti & Intel UHD 630 Graphics. would it be possible to choose which gpu, because lets say I'm watching a video, or just browsing forums, using that geforce would be overkill and it would run my battery down

So an alternative PC:

seems to be supported by open razer: https://openrazer.github.io/

would it be possible to choose which gpu

Yes, you can use nvidia-settings to switch which card is being used.

So an alternative PC

You got my gears turning, so I decided to look for a computer for me at the amount I am willing to spend on it. I find this lil beauty, here:
https://www.amazon.com/Tech-Kidz-Exploration-Educational-Challenging/dp/B08KQJ5CKK

Very Nice hmmm.
I was browsing on line and was quite astonished at the huge range of laptops available, but then it dawned on me that none of them are sold without a O/S. Is this common around the world, or is it more to do with Australias population,re market share

Is this common around the world, or is it more to do with Australias population,re market share

I can only tell you how it is in Japan, North America and Europe, the only parts of the world I have lived.

Unless you go for second hand computers, finding OS free computer is like finding a proverbial needle in the haystack.

At least here in France, there is a regulation making it mandatory for manufacturers to offer a "deinstallation" service after sales. I took an advantage of this system, sent Acer laptop to the service centre and got a Windows "deinstallation" certificate along with a 30 Euro check

The cost of shipping is also assumed by the manufacturer... Poor Acer. I think they made almost no profit selling me this rock-bottom price Aspire (which I later flashed with a mod-BIOS and swapped parts to convert it to their top of the line Aspire, but that is another story).

The reason behind this French system: there has been a precedent where someone has successfully sued a manufacturer for forced sales of Windows and got quite a substantial money in return.
Vive la France

So an alternative PC:

@Derek
So finally which laptop you settled to?
I am dying with curiosity.

I am dying with curiosity.

That is excessive! even if curiosity klled the cat

But you are right, it would be good if @Derek reported back his conclusions.

That is excessive! even if curiosity klled the cat 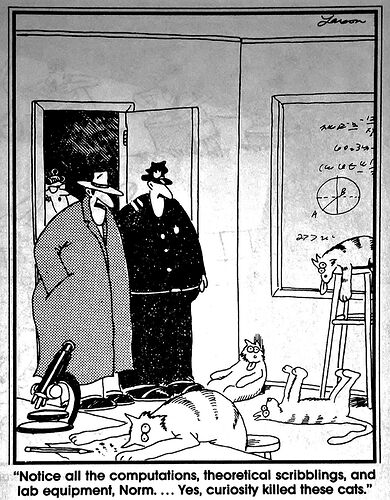