I got this email linking to a page (Zorin Grid - Manage all of your computers. As easily as one.) on January 16, 2020 about Zorin Grid (an MDM style system for Zorin or other Ubuntu devices). Here we are waaaaaay over a year later, no updates, nothing, so it looks like false advertisement, a mere pipe dream plan.

I'd like to add support for this in my Mac OS and Linux RMM system, but this (so far) looks like it was just click-bait. Zorin OS support won't even reply to my queries on this.

Here we are waaaaaay over a year later, no updates, nothing, so it looks like false advertisement, a mere pipe dream plan.

I'd like to add support for this in my Mac OS and Linux RMM system, but this (so far) looks like it was just click-bait. Zorin OS support won't even reply to my queries on this.

I'd like to tag this to @AZorin and @zorink to review your feedback, as these are the developers for Zorin OS and Zorin associated software.

That done, I'd like to make some excuses.
Zorin OS 16 was a vigorous development road that also was trimming the rickety edge of all deadlines. The "rush" is based partly on Microsoft announcing that Windows 11 would have strict hardware requirements during a tech shortage.
This resulted in a lot of migration from Windows users to Zorin OS. Your email notification preceded this rush that may have adjusted the ZorinGroups priorities.

All that said... I am reasonably certain that in the ZorinGroup office is a dartboard with my face stuck to it.
Pockmarked with holes from darts, 7.62mm, some Bowies and a half-stick of TNT stuck in it's mouth. I have also been outspoken about the need for Clear and Open communication from ZorinGroup regarding updates, release announcements and the impressions that silence creates.
Nothing speaks louder than a loud burst of silence.

Perhaps it may be that Zorin Products users may show more appreciation for the Zorins work. I mean, it makes sense when you think about it. Two people - developing all of this, spend much of their time addressing complaints.
It would get any reasonably human person down; might make a person not want to talk very much.

As often as I am frustrated by the lack of Zorin OS news, I am as often impressed by the quality of releases. It's like highly intelligent and talented ghosts. You can't get much out of them without a seance, but when they do put something forth - it's a doozy.

They deserve high praise as much as they deserve chastisement for having strategically placed zippers where their mouths should be.

Hopefully the tags in this post will encourage a response from the ZorinGroup in regards to any news on Zorin Grid even as they are pinning pineapple grenade earrings on the dartboards ears. 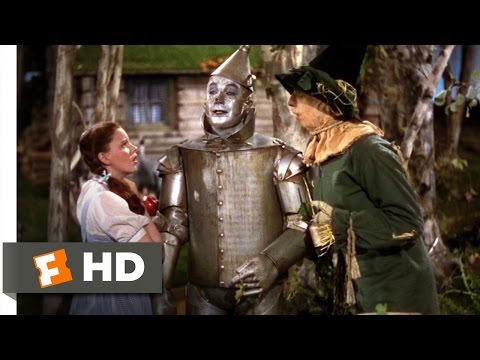 Did you hear him say something Aravisian? I don't know what he said, could you make it out? Better unzipper that mouth, needs oil, squirt squirt squirt. Now he can speak.

Hi @LarryWho,
Zorin Grid is still under active development, albeit with a few internal delays. Since we announced Zorin Grid in January 2020 the world has changed a lot, including how businesses and organisations work. In order to support remote work and remote organisations as first-class citizens, we needed to re-architect the code behind Zorin Grid, which delayed the release.

We launch our products with a "release when ready" policy, so we currently don't have an exact launch date scheduled yet. However, we're aiming to initially release Zorin Grid in 2022.

We searched your email address in our inboxes but couldn't find any emails from you. If you have any other questions or queries, please send us a message using our contact form here and we would be happy to help you.

I didn't realize that Zorin was strictly a project of two people. I've been paying for the Ultimate edition for many releases, so it's not like I've been freeloading off of their work. But it always appeared to be an actual company behind it, not just two people.

At any rate, I'm anxious to hear anything in regards to Zorin Grid and be able to see what it's actually capable of. Like I said, I've built my own RMM system for Macs and Linux devices (only Ubuntu or Redhat/Fedora based distros). My employer uses it in conjunction with Mosyle (an MDM system for Mac OS, iOS, tvOS devices). I just want to see what Zorin Grid offers by comparison to Mosyle.

My email address on this account isn't the same one that's on my PayPal account that you have on file as a paying customer. The name on the account would have likely said Panhandle Ponics.

Zorin Grid seems a great idea, if it works as promised it could bring in a good money you'd think. I'm guessing you have sensed high demand in that area. It would be pretty cool as a teacher to be able to load apps on a gazillion machines with automation for the next days classes. Interesting.

I do believe that Zorin Grid will be a smash hit! And I know that people are gonna love it, this much I can assure you.

And BTW, I think people are gonna love Zorin OS 16 LITE as well, once its released.

Changed from Hardware to Feedback.