Issues with Wi-Fi, BT, and toggle keys (camera and microphone) in Live Zorin on Asus Laptop

Are you referring to Installed Zorin OS or to the Live USB trial version?

I'm referring to the Live USB. 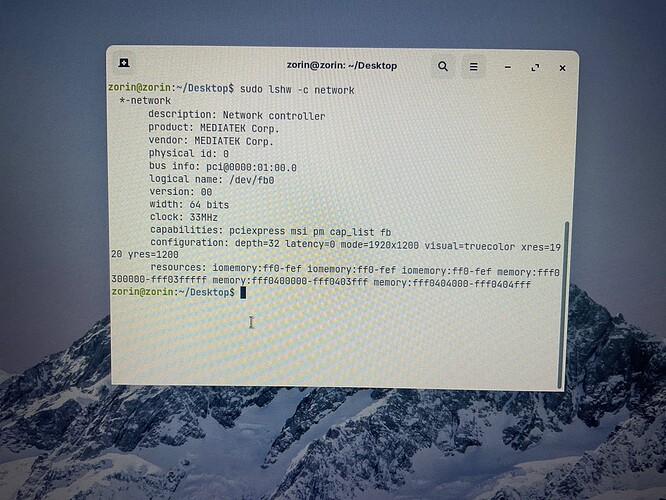 That’s what I get from lshw.

How do I get network working? My laptop doesn’t have an ethernet port. 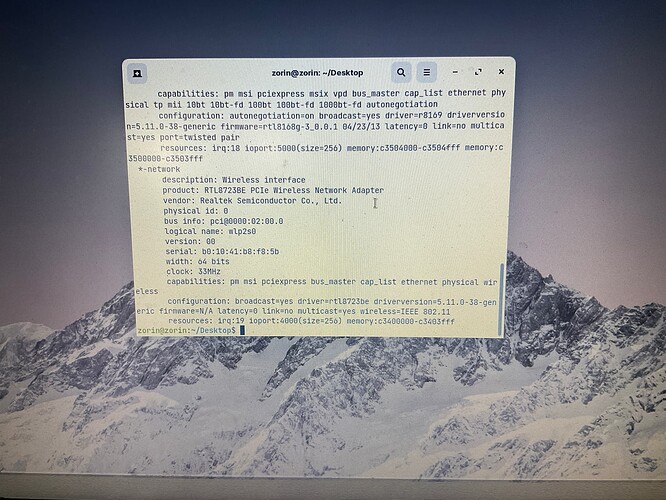 On my old laptop, I live booted from usb and I could see the Wi-Fi interface and also able to connect to wifi, but this is not the case on my new laptop.

I got Wi-Fi working on Pop OS live boot. Not sure what to do.

On Pop OS, I ran the lshw command and found that the Wi-Fi chipset is Mediatek MT7921 (wireless - Ubuntu 20.04 does not have MediaTek driver MT7921 for WIFI & Bluetooth? - Ask Ubuntu)

Provided your USB media is large enough you could install the newer kernels and see if that works? I've never tried this and normally requires a reboot which would drop back to original kernel. You could try and create a ZorinOS bootable USB with persistence so that kernel updates would stick and test if bluetooth and wireless works? You will need to upgrade to 5.15 rc7 according to that askubuntu thread you posted.

I just tried booting with the latest 16.1 core iso. Wi-Fi worked, but not Bluetooth. And in the core OS, the kernel version was 5.13

That thread clearly states you need to upgrade to 5.15 rc7

I don't think it does, not sure what it updates to. Will need to boot my VM of it to find out.

Very sad. In that case, I better install Pop OS (as it is also based on Ubuntu 22.04). I don't want any interruption to my work.

What's your opinion about Elementary OS?

It's becoming like apple - closed source and limited customisation.

Right. I’ll go with Pop OS and visit back Zorin when I see a new release that’s based on Ubuntu Jammy.

Thanks for your assistance.

It is difficult to resolve issues on a live usb unless you create it with persistence. It would be better to install zorin, then any modifications (newer kernel, firmware updates and such) would remain across reboots. Any solutions recommended would be for an installed zorin system.