I just bought the Troll DLC for Legend of Keepers. An excellent game which runs natively on Linux. In my opinion Troll DLC is the best of the DLCs that Goblinz Studio have come up with.
If you don't have the game Legend of Keepers get it now at Steam.

Here's a video I made where I meet the final boss in act 2 of the troll campaign. 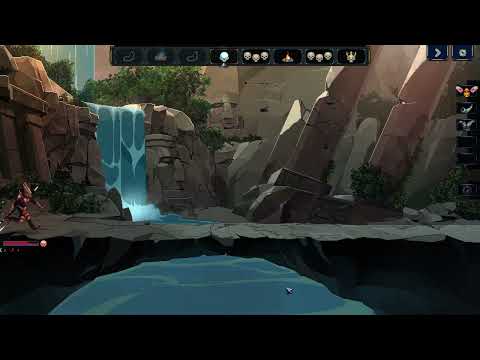 WOW ..... much to complicated for my little pea brain to grasp .... much better for me to sail around destroying 150 cannon huge 4 masted man-o-war ships with my little ol' 10 cannon galley which uses sails as well as oars with a top speed of 18 knots (the fasts ship of have seen so far .... as long as I keep me crew plied with rum that is .....

The secrete is to load up with gun power barrels and just stay out of range of the enemy's bow guns .... dropping the barrels behind you .... you have to stay just far enough ahead of the other ship to keep him from turning and giving you a broadside (which will sink you very quickly) but still close enough to him to keep him from turning to miss your barrels .... takes about 10-15 barrels to bring down a big ship ....

It has a story line but also open world so you can sail anywhere .... pillaging .... trading .... building towns .... looking for treasure and just doing what pirates do .....

It's actually turn based. It's just me that play it fast.