Has anyone tried and have an opinion on the Librewolf browser?

Yes.
Librewolf is a Minimalist version of Firefox. While it is good on privacy, it also blocks scripting many websites need - which I honestly found annoying. It caused me problems with the Zorin Forum, too.
It is also far less customizable than Firefox.

With browsers, it is often a trade-off between performance and privacy.
And while many browsers strongly claim to respect privacy - they Do Not. They collect and sell your data or use it for market strategy - e.g. Waterfox (after it was bought by a marketing analytics company).

Browsers wish to lure users in; yet are generally all built on the same base...
Chromium
Firefox (Gecko)...
Most alternatives have been discontinued because it is hard to remain viable with so much competition.
Which boils down to:

When you look at Browsers, you are generally looking at the same thing over and over with a few tweaks made to it.
Some remove some things. Some add some things... Some are identical to Chromium but have different colors and logo.
You often end up trying to choose between one that offers some things you want, but lacks something else you also want. And another that has that thing the other lacks, but lacks some things the other has.

So, really... I would advise that users choose whatever browser tickles them enough to tolerate it... Then Modify It To Suit Themselves. Which is what I do these days.
It has the benefit of learning how to do it, expanding your knowledge and skills and gives you back control over the browser.

It seems all the ones I have tried all have a gap or problem somewhere. I am off to a pretty good start with Librewolf. I did encounter one site already that is affected by the blocked scripting. But I mainly visit the same sites. So if LW ends up only blocking one or two sites, it might end up being my winner . . . for now. It seems I am always on the quest for a better mousetrap with browsers. Thanks you as always for your replies and help. BTW, I just about had to reach out to the forum for help last night. I thought I had bricked my machine again. But apparently I am learning. I am back up and running and didn't have to pester the board.

LibreWolf does not disable JS or install NoScript out of the box.

which I honestly found annoying. It caused me problems with the Zorin Forum, too.

This is not due to blocking scripts, by default, LibreWolf does not store cookies of any kind, you can re-enable this behavior in the same place you'd find it in the Firefox settings.

It is also far less customizable than Firefox.

This is incorrect. every option LibreWolf has adjusted for privacy concerns can be overwritten, and it actually has it's own settings page which offers MORE settings than Firefox does out-of-the-box

they Do Not. They collect and sell your data or use it for market strategy

It has been proven multiple times that upon first startup and normal usage, the only thing LibreWolf connects to is Firefox's addon update server, to update UBlock Origin, as well as the websites you visit (obviously). And even the auto-updating behavior can of course be disabled.

Overall, I would recommend you to read their FAQ first, and then re-evaluate your claims. Especially this part of the FAQ on what it connects to upon first launch

Thanks for the corrections. I have used Librewolf as I checked it out. It was a while ago and it may be possible that the version I used had addons by another developer that offered it; I am not sure.
But clearly if I have a misconception that I spread - it helps to have it addressed.

Do this browser is usefull or bad webbrowser?

The latest LibreWolf is a very good browser and can be used either ootb or tweaked extensively to suit your own requirements! I would recommend the updater add-on to allow you to always have the latest version and note that Linux uses a more advanced version than that other OS which some people use.

The recent Linux LXLE upgrade now uses LibreWolf as the default browser. This is great news as a pre-configured default security-minded browser is a big help to both Linux noobs and also less technical people who might find tweaking Firefox a bit challenging!

I need to give this browser a run!

Check out this Review:- LibreWolf, a fork from Firefox is a wonderful browser focused on privacy, security and freedom. Read LibreWolf browser review.

Is faster from Chrome and Firefox. Tested

Brave have the same idea what LibreWolf.

I'm thinking of trying this.

With Brave i haven't problem to installing on linux but with LibreWolf is more complicated but i tried. On windows LIbreWolf working with search DuckDuckGo.

This is example when using Firefox and when closed Firefox.
Anyone have near the same RAM using on another webbrowser? 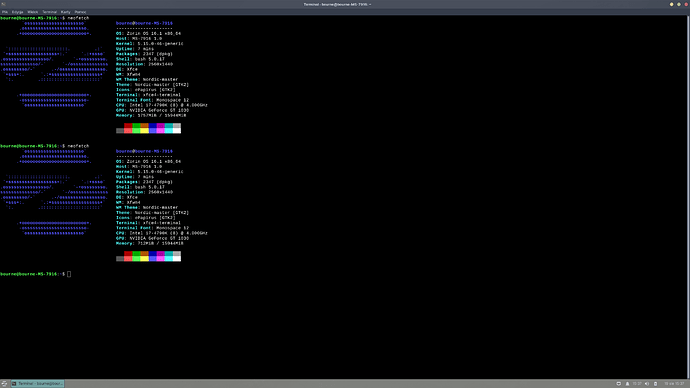