Hi, just want to know if anyone else is using the Liquorix Kernel.
I installed it as I've had major performance increases in past on Arch Linux. However installing it on Zorin 16 essentially broke the system causing it to lock up the system for minutes on end before being able to click on anything, resulting in a full reinstall. Has anyone else experienced this with Liquorix or Xanmod ( Never tried Xanmod )?

I am currently using the Liquorix Kernel since I am testing it due to multiple inquiries about it. I have been using it for several days without issue. I know other users have commented on using it on Zorin OS 16 and enjoed it. 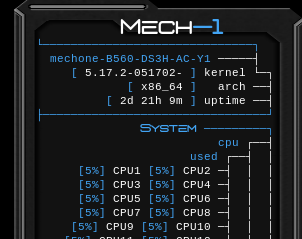 What graphics are you using?

Liquorix provides excellent performance, I still remember getting huge fps increases on Linux with Windows games running under Steam Proton, better than I was getting on Windows itself. I've read online that Xanmod provides even more performance.

I think the installation may have had issues on my side which I didn't notice before rebooting. I'm using a Nvidia 10 series card.

I wonder if the Liquorix is geared a bit too new for it...

It could be possible that the newer release is optimised for newer cards. The last kernel version I used was based off kernel linux 4.19 which is a while back, however that system build had a 6 series card. I'll try again and setup a restore point on Zorin first and rescuezilla just in case.