I just this morning installed Zorin 16 core on this machine. I had previously had Z15 on it. I chose auto login when I installed it and everything seemed okay. I then installed Synaptic. I used Synaptic to install Cinnamon and Cinnamon core. I restarted the PC and after it booted up I logged out so that I could choose Cinnamon and log back in. However when it got to the login screen it was unreadable as you can see from the first picture.
I realized I could click on the screen with my mouse and when I found the right spot I could then enter my password and then Z16 booted up okay. But of course I was still in the old DE and not Cinnamon. I also got the same screen after I turned off auto login and restarted my PC. I eventually realized I could start Z16 in safe graphics mode and then choose Cinnamon. And then Cinnamon booted up fine.
But now I can find no way in Cinnamon to turn auto login back on. I tried from terminal to change the config file to "autologin=true" but that didn't work. I really would rather fix the graphics problem so I could switch DEs easily by logging out and back in again but I haven't found a solution for that either when doing some searches on this forum. I have included a second picture showing my system info. 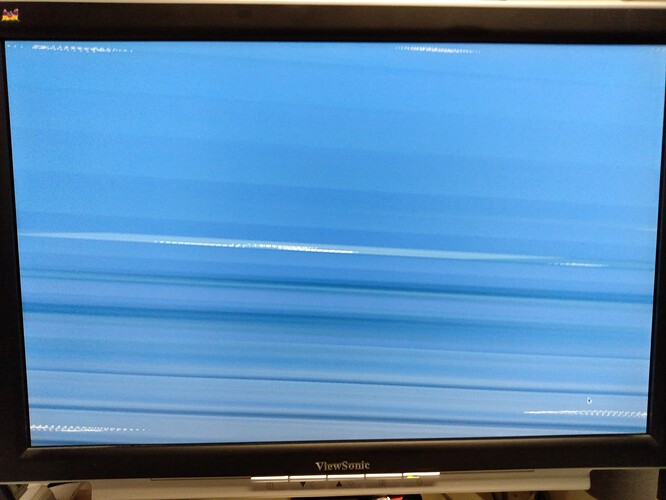 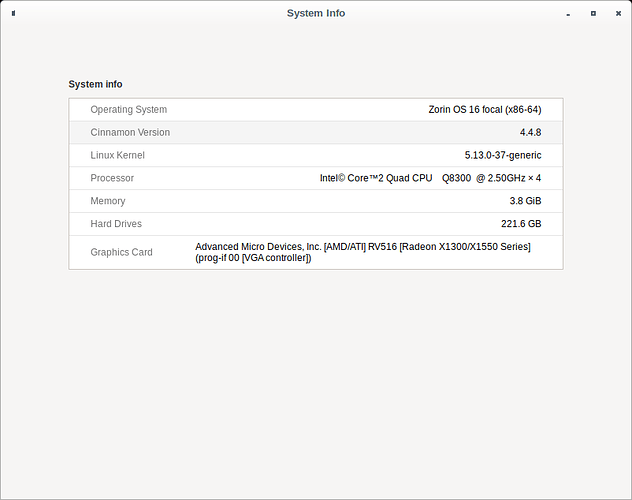 Thanks again for any help anyone can give.

Safe graphics should be Nomodeset

Thanks for your help. Unfortunately that was not a good solution. I made the changes to "quiet splash" but then after Z booted up it stayed in safe mode and would not let me change the resolution. And I keep getting a popup saying I needed to check my video drivers. However it did let me log out and back in again with no graphics problems. So while I could change from one DE to another easily I changed back to auto login and changed the "quiet splash" back without the nomodeset. It boots up now with the proper resolution in Cinnamon but if I try to log out and back in I again get the distorted screen which is expected since I now am booting with nomodeset. My resolution is fine once Z16 is fully booted up. It is only the login screen that seems to have a problem. In other words the grub screen and DE are both fine. Only the login screen has the distorted graphics.

Okay. I got it solved. Your advice about changing the grub file started me in the right direction. I realized I only needed to change something connected with the login screen. So I went to files and found the gdm custom files and found a line that said to force the login screen to use Xorg to uncomment the line below which read "WaylandEnable =false". After I did that and saved it my login screen is now readable.