Microsoft to acquire activision and blizzard 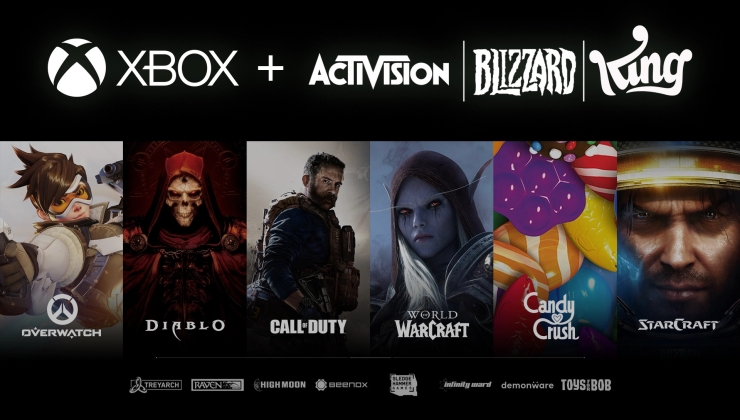 A bit of wider industry news today. News which completely blows my mind - Microsoft are out to acquire Activision Blizzard. Pending all the regulatory approvals they need to go through which takes times and can be denied.

This continues the very worrying trend of these mega companies amassing huge resources. Microsoft now control a ridiculous amount of publisher and developer teams, easily helping towards more lock-in with Microsoft services and products. For Microsoft, it makes sense of course, since they can continue dumping titles into Game Pass and get more subscriptions for recurring revenue.

Activision Blizzard has been in a lot of hot water lately, which is probably a big understatement. Employees and investors have repeatedly called for the removal of the current CEO, Bobby Kotick. The press release is a bit vague on what will happen with Kotick, as it mentions Kotick "will continue to serve as CEO of Activision Blizzard" and then "Once the deal closes, the Activision Blizzard business will report to Phil Spencer, CEO, Microsoft Gaming". So it somewhat makes it sound like Kotick might only be there until the deal is fully done but it's pretty vague. Probably intentionally vague due to the ongoing issues. Update: Kotick will remain, a Microsoft spokesperson confirmed via email. Update #2: They tried to clarify again later that they were speaking generally about the acquisition so it's anyone's guess what will happen with Kotick (IGN).

This will be an "all-cash transaction valued at $68.7 billion" which is so much money I can't even begin to imagine it.

Microsoft will then own the likes of Activision, Blizzard and King studios with Warcraft, Diablo, Overwatch, Call of Duty, Candy Crash and global eSports activities through Major League Gaming. The press release states this will make Microsoft "the world’s third-largest gaming company by revenue, behind Tencent and Sony".

Since Microsoft isn't quite the same as the Microsoft of old, we might end up seeing more Activision Blizzard games come to Steam and so making it even easier to run them on Linux through Steam Play Proton. Imagine having Diablo, Starcraft, Overwatch, various newer Call of Duty games and so on being a few clicks away on Steam + Linux.

What do you think to this news? The deal is expected to close in 2023

I’ve observed oligopoly/monopoly to be a natural progression of industries. I haven’t done any studies on it myself but generally point to the likes of Office Depot/Office Max/Staples; Energy sector; Airlines; Oil; Telecom.

It’s part of life. Just be grateful it wasn’t Disney. 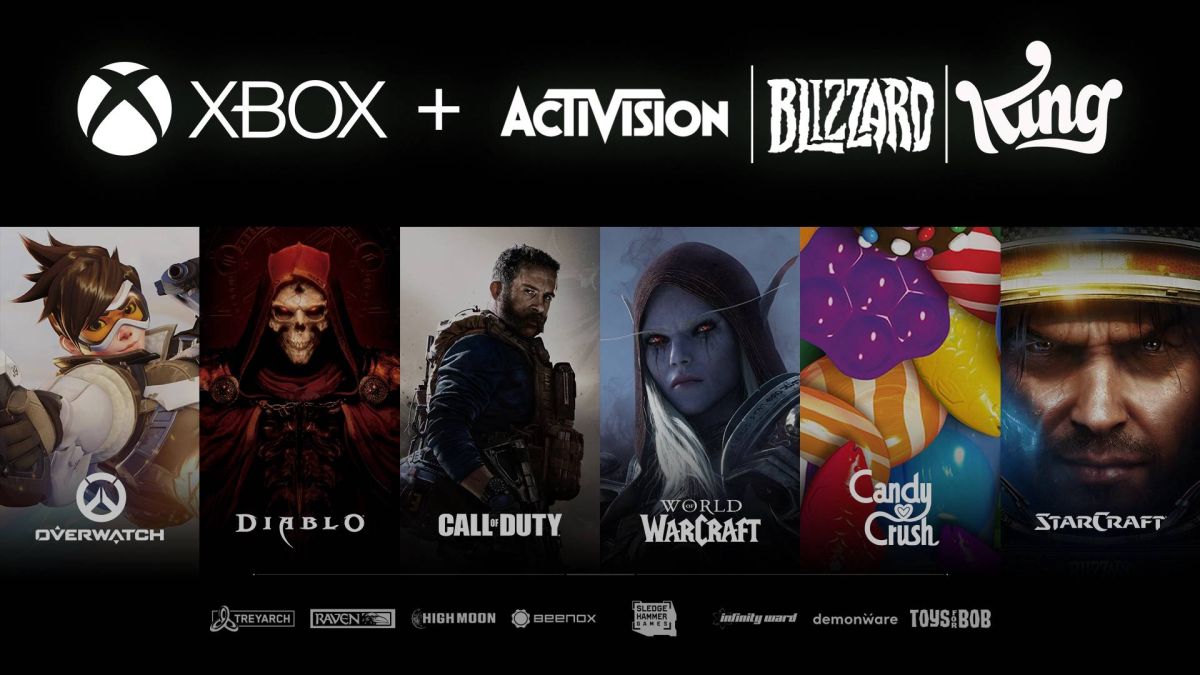 Call of Duty, Warcraft, and more to team Xbox

The words from the CEO made me want to puke. Two things to consider, Blizzard Activision was at the heart of a major scandal, involving harassment and much worse in the workplace.

So thats the company that Microsoft wants to now own, a company who's image is completely ruined by the most hainess of crimes committed behind closed doors in that company?

Secondly, we all know Microsoft, the conglomerate monopoly giant that wants to scoop up all companies, eat them up for breakfast, then shoot them out the rear exchange. How much do you trust Microsoft actions in this acquisition?

I can tell you right now, I don't trust Microsoft with a pole the length of the planet. Its bad enough that Microsoft wants to buy a company that has a terrible reputation right now. But in doing so, like the article says, they will take possession of all those games, all those IP's.

We have a discussion about how money is at the heart of all evil. This perfectly demonstrates this. The parts of the article that made me want to puke, is what Microsofts CEO was saying about how much they want to improve gaming and bring people together.

Microsoft doesn't care about you or anyone in gaming, its all lies. Microsoft only cares about one thing, MONEY! And how do they get it, and how to go about acquiring more of it. So Microsoft is spending 68 to 75 billion now, but they are going to earn all that back and so much more, after they have been data mining you for years!

Microsoft's end goal is MONEY, lots of it, and more then they know what to deal with. They have 0 intentions on making the gaming world a better place. Microsoft for years have always been about making all their games exclusive to only their Xbox consoles.

Halo is the perfect example of that, its not available for any other platform other then Xbox. And only more recently did the Halo Master Chief Collection get released for PC, but there is a caviate to that, you need Windows to play it. Last time I tried to play it on Linux, Microsoft would not let me login to my Xbox LIVE account to play.

This was widly reported by so many people at the time, it wasn't just happening to me. They called it a bug, yeah right, what fool do you take me for. A bug that only effects Linux users, sure sure. More like intentional!

Microsoft is always about steering people their direction. What they really want, is to buy out every gaming company there is, and force everyone to game under the umbrella of MICROSOFT! This way they have free rain to data mine you, and there is not a darn thing you can do about it.

So far, Valve has kept themselves from being bought out, but mark my words, one day, Valve is going to sell out like everybody else, and Microsoft will be the huge umbrella for which gaming will be under. And God help us gamers out there, when there is no other choice but Microsoft.

Again, Microsoft doesn't care about you, or your gaming, or friendship building through gaming experience. !!!MONEY!!! Thats all they are care about. And any way that Microsoft can find to steer people to only their eco system to make that money off of you, thats what they will do.

Since the American government doesn't see fit to break up their monopoly, this is going to continue, cause nobody will stop them. There used to be a time with America broke up monopolies, but that was forever ago. America just lets corporations like Microsoft pay off politicians to keep the status quoe.

I don't trust a single thing Microsoft does, and neither should you. Time and time again history has shown, that Microsoft, and other's like them, don't care about anything but profit. So this acquisition deal, should very much concern you. After all, why doesn't it not concern Microsoft to buy a company who's under major scrutiny recently?

Thats another red flag you should be thinking about. I don't know about you guys, but if I wanted to buy a company, but I found out that the CEO of such company knew about all the terrible things that went under that company, of the most hainess of crimes, and did nothing to stop it, I would not want any part of that company.

Microsoft doesn't want you to think too much about the truth of what they are doing. Too late, were thinking about it, and I don't trust a single thing, that comes out of the company of Microsoft.

And only more recently did the Halo Master Chief Collection get released for PC, but there is a caviate to that, you need Windows to play it. Last time I tried to play it on Linux, Microsoft would not let me login to my Xbox LIVE account to play.

Duo anti-cheat you can't play online, i am fine with that cause i don't like multiplayer for this game

I think, personally, Blizzard is not doing well. They can't pull out any games, their games are straight up dying. Overwatch esports is dead. Like did you even see the announcement of Diablo Immortal, it was a disaster.

You got to watch the Diablo Immortal announcement, it's kinda funny. Of course there is some swearing and stuff.

Kiss any quality Diablo goodbye. It will be trashed by micro-transactions and oh wait...has this already happened...Oh well nothing to see here.

The upper management stunts the game developers. It is happening throughout the industry with half made/broken games being released with fancy trailers and lies as to their cutting-edge gaming. Graphics doesn't make any game better unless the game is already good otherwise it is cleverly dressed garbage.

Since the American government doesn't see fit to break up their monopoly, this is going to continue, cause nobody will stop them. There used to be a time with America broke up monopolies, but that was forever ago. America just lets corporations like Microsoft pay off politicians to keep the status quoe. (sic)

The American Government and Corporations are inseparable and profit-motives will never be deterred. I am very Leftist so yeah I might be a bit biased.

As far as I know EA was looking to buy Activision too, so honestly, I think it's good that Microsoft bought it, and unlike Sony, it will keep most of the multiplatform franchises (except for linux probably) although Activision never called Linux , so at the end of the day it doesn't even matter.