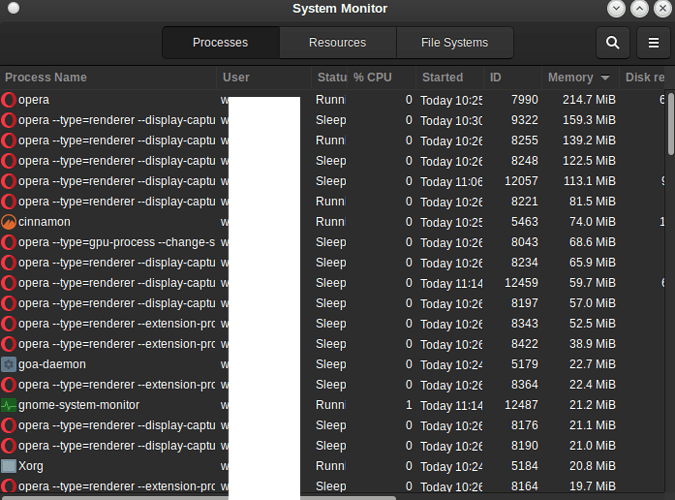 I have installed cinnamon desktop environment due to slowness of zorin especially while running opera. The new DE works fine even when opera is running, but couple of issues to solve.

Just to clarifications regarding the tags. I don't see what it has to do with Windows or KDE?

I mean window manager / desktop environment. And nothing to do with MS Windows or KDE. Sorry for the mistake

Look and feel is nowhere close to linux mint cinnamon

Can you please expand on this?
Are you referring to a specific theme?
Are window borders not looking as expected?

I installed cinnamon with an intention to get same feel of linuxmint-cinnamon edition on zorin. But when installed, i dont get that feel, secondly, on the picture, you could see gnome desktop is in sleeping state and consumes 200mb size and how can i avoid it

But when installed, i dont get that feel,

I am sorry, but this is not descriptive enough for me to understand what the issue is.
I also use Cinnamon on Zorin, as many posts going back a long time show.
I have also created themes to match Zorin Themes on Cinnamon.

In your image, I see a lot of Opera Browser... I do not see an entry for Gnome Desktop showing 220 megs and sleeping.
I see GOA (gnome online accounts).

It is important to remember that Cinnamon Desktop is Based on and built on Gnome. It uses Gnome services.

Some clarification as to what doesn't look and feel like Mint would be a big help. For a while I had both LM and Zorin in daily use. Both of them have Cinnamon DE. With some tweaking of the settings I had both of them looking and acting the same. The only difference anyone would have noticed if they switched back and forth between them would have been the logo on the left of the panel. Learning what you can do with a DE goes a long way towards getting things to look and feel the way you want them. As Aravisian said you need to post what specifically you want to change and then someone can help you.

I use Cinnamon DE on Zorin 16 Pro and it is completely customized .... I have dozens of themes and icons that have been created by the good folks here and switch them out as my mood dictates .....

You can completely customize Cinnamon which is why I use it as my daily driver ..... unfortunately I am not familiar with how Mint OS runs and operates as I have never actually down loaded Mint OS only run the Cinnamon DE on Zorin ....

While zorin lite and pro lie have xfce, you have to install cinnamon seperately. This isn't the mint version, which has its own special tweaks, customizationsand features created by the mint devs. Those are reserved for mint, though i do remember seeing somewhere in this forum that you can download and install the mint version. It won't have the integration that it does in the mint distro. So it will feel different. You won't get the same OOTB experience.

Aravisian and frog are right though, you can make it look and feel anyway you're used to by modifying it.

Hello there. After reading many post about Cinnamon DE. I understable i need install only cinnamon and core together in one command. I remember last time i have some problems. With login problems. After new kernel my Zorin start operating system slower.

We stopped paying in penuts, changed to compliments. It's now within your pay-grade. Lol

You just don't realize all the trouble I can cause you folks if I start trying to help solve troubleshooting questions here on the board ..... even on a slow day ..... you'll be getting one of these .....

I just gave Frog a "Like". I reckon that is equivalent to one payment credit.

Today installed Cinnamon i have fellings is faster and smoothly. More responsive using xfce. Installed in terminal both cinnamon and cinnamon-core. Nothing more.
Anyone have another experience good or bad with Cinnamon on Zorin xfce?
On Cinnamon when restart is faster 15 second start linux on Zorin it is 1 minut.
Also flameshot working on Cinnamon.
That means Cinnamon working better theme DE from Zorin. 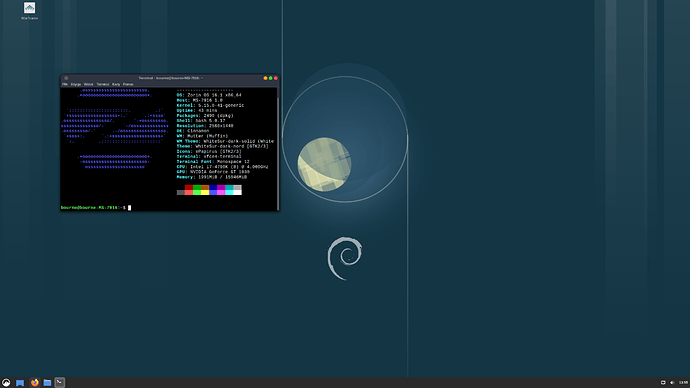 You'll like Cinnamon more and more as you get into it ..... for me customization is so much easier and you can do so much with it .... by the way almost all the themes and icon sets being created by folks here on the board work on it as well as tons of stuff you can find on Pling ..... ENJOY ....

I was on Cinnamon no problem with corner window. Easy to catch with a mouse.