Just switched to Linux from Windows. In Windows, I used to be able to right-click on any LibreOffice app icon on the taskbar (Calc, for instance), and the context menu would show me the last several files I was working on. It was very convenient for re-opening files that were in-work.

According to the Libre folks, this is a Windows taskbar function, not an inherent LibreOffice function.

I don’t seem to have this same functionality for L.O. icons on the Linux taskbar. Is there a setting I can change somewhere to get that context-menu file history back? Does Zorin support this feature for L.O. apps launched from the taskbar?

That is a good suggestion. It sounds like a useful feature.

I just tested this in Zorin OS 16 Core, by using LibreOffice and by Pinning LibreOffice to the Taskbar (Panel).
But I rarely use LibreOffice - @Storm or others may be able to provide an answer.

If not, I have set this in Feedback Category in order to promote the suggestion. 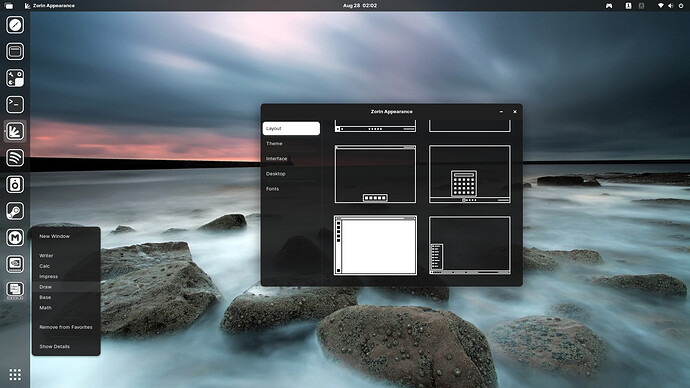 Thanks Storm. Zorin - please enable this feature for the default layout. This would be helpful for people transitioning from Windows.