firefox can't find chrome to import bookmarks. I have installed several versions of firefox and the problem continues. On Windows it works normally. Is there a solution for this? I am new to linux and I am using ZORIN OS version 16.2. 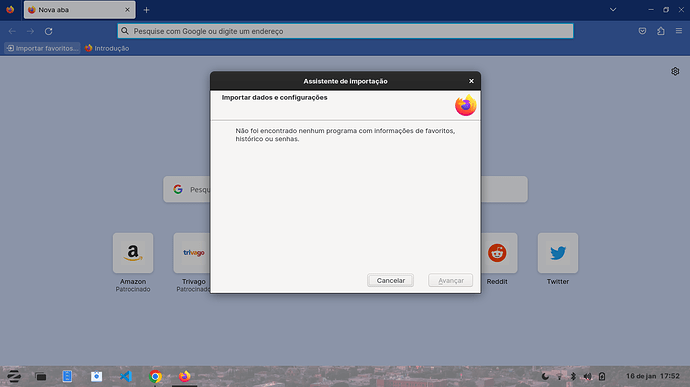 Gday @eduardoos , Welcome to the community.
Right click at the top of firefox in blank space, Select>" Menu bar".. This will show bookmarks ,
im on Zorin core, i still use firefox that came with Zorin,,, Firefox had a big update a few days ago,, 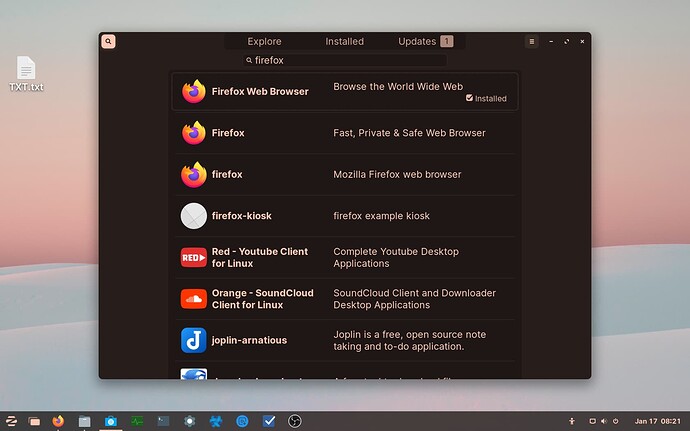 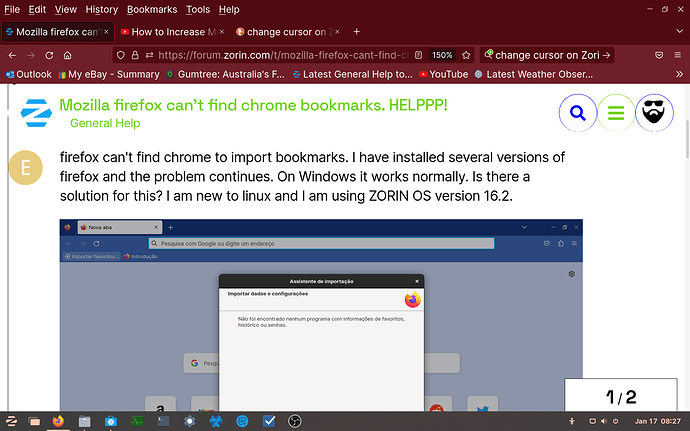 Firefox can automatically move bookmarks, passwords, history and other preferences from Chrome without deleting it or interfering with any of its settings.

Is there a tool that will import my Chrome settings into Firefox?

If in doubt, save bookmarks as HTML then import that into the other browser. I have never had a problem with that.

Question though: Are either your Firefox or Chrome installed as Snap or Flatpak?

good evening! none of this helped me... a pity, because it seems to me that firefox performs better on ZORIN than chrome. I installed version 110.0a1 Nightly and nothing changed either.

I already did that, that way the import works, the problem is that it doesn't import passwords together, as it normally does in windows. Both chrome and firefox are installed as Snap.

Ok you can import everything from Chrome to Firefox, except passwords?
If so,
Look here, may help.

Both chrome and firefox are installed as Snap

That may be the problem, as Snap apps are effecrtively sandboxed and isolated. I have not had any problem importing bookmarks into apt version of browsers e.g. Firefox.
I avoid Snaps for that reason and because they are bloated with all self contained dependancies.

That could be it then, I was able to solve it the way I said above.

Great to hear,, The issue is solved..

Please mark the Topic as " solution" It helps others know..
Regards. 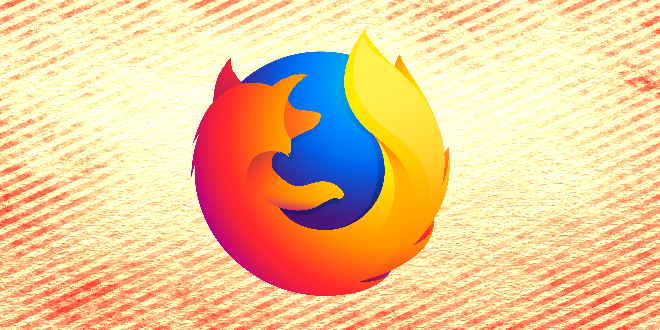 I don't know if it's just me, but I think this "signon.management.page.fileImport.enabled" is disabled (false) by default.

Note: 'signon.management.page.fileImport.enabled'
Needs to be turned off again, after exporting is finished, due to performance issues.