Nice to be here

Hi there i'am using Linux think it must be 10 years now.
I used a long time Ubuntu 12.04 with Unity, different versions of debian, openSUSE and a short time Antergos, Manjaro and Vanilla Arch and many Versions of Linux Mint.

All Distros have a Problem openSuse ist very Slow 15.3 KDE give me a black screen and do not work on my 3 PCs. Linux Mint work from 17.3 for me and with 20.2 i see again cinnamon crashes.

So i decide to try Zorin OS and i like it, i not a big fan of Gnome i always used KDE Plasma and Cinnamon Gnome runs always slow on my PCs and Zorin is the only one that work good for me it is really fast and i was surprised seeing gnome so fast.

I'am a private person and have enough times setting up Linux new and fixing problems.
I only wish a easy to use and stable system and Zorin is this for me.
After a Week of playing with the Core Version i bought the Pro and now i'am using this on my old msi Laptop my newer asus laptop and on my desktop PC and it works good on all 3 PCs.

Only one suggestion i have for the DEVS it look a little bit ugly update the os with canonicals update tool and Software with Gnome Software.
Take a look at the Linux Mint Update Center and create your own for Zorin OS so the User have one Place to Update the system and programs my personal thoughts the Mint Updater is the best i ever seen in Linux.
This is the only point in Zorin OS looking not pretty.
Greetings from Germany a Customer.

So i decide to try Zorin OS and i like it, i not a big fan of Gnome i always used KDE Plasma and Cinnamon

I install Cinnamon on Zorin OS and it runs like a champ. None of that bogging down that happens on Mint.

I am really happy to hear success stories like yours. I know that I haven't tried as many distro's as some other's, but let me list the ones that didn't work for me.

Now to list the distro's that actually worked for me...

What distro am I currently using now?

Zorin OS 16 is where its at, and everybody wants a piece of it. I am glad to hear that its working out for you. If you don't mind, if you take a moment to talk more about what OS 16 does for you, that would be great.

Like, what do you use the OS for? Do you use Zorin just to surf the web, check emails, do some social networking? I bet you Zorin allows you to do all that stuff wicked fast. HEHE

Or, do you do more advanced stuff with Zorin, like photo editing, video editing, 3D modeling. Or are you a gamer? Gaming has gotten better in Linux, and Zorin OS 16 is no exception.

Ya I love Pop OS, never used it as my main distro.

I really love POP OS 21.04, and so does a family member of mine, who uses it on a slower 2012 quad core gaming notebook. OK I admit it, I gave him my old computer, it was better then his dual core he was on before that couldn't game anything but solitare lol. 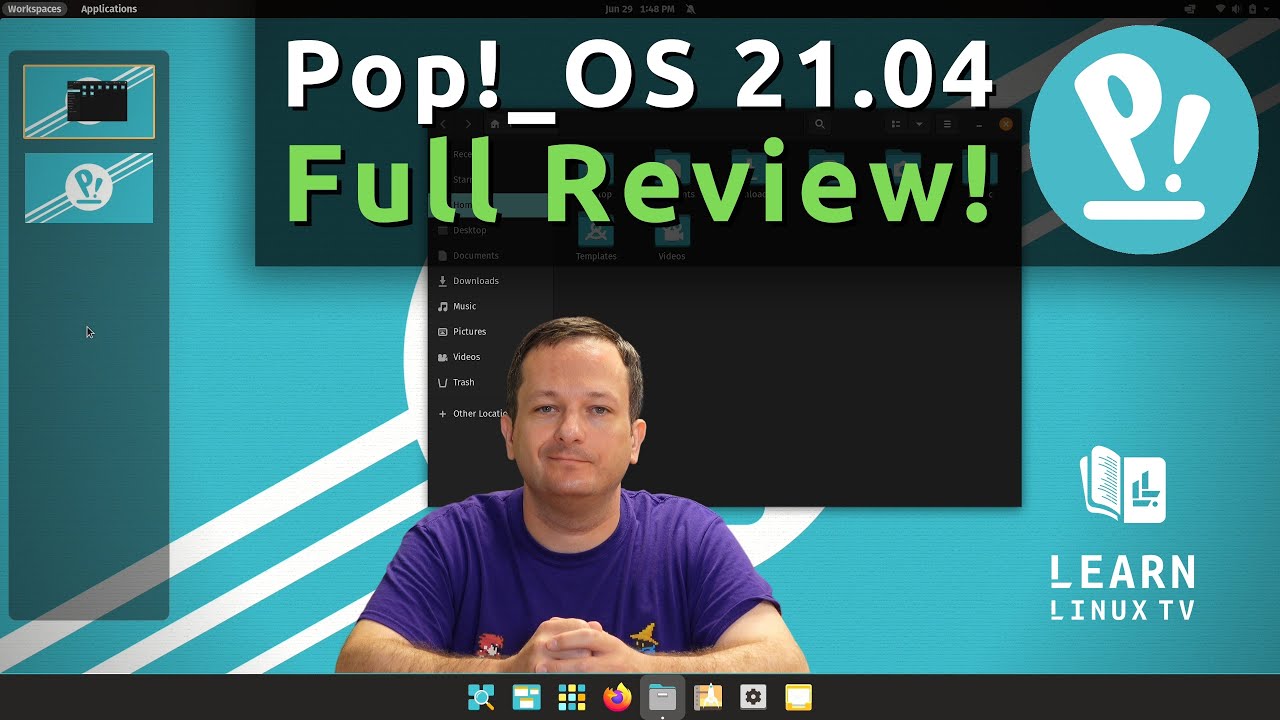 Suse and Ubuntu are 2 reasons why i switched to Linux.
Leap is a good distribution it works very well and do his job only the boot time i hate it take so much time this is and kde make problems in 15.3 install update the system and install programs works and after a reboot i get a black screen after logging in and i have no more need to fix this always the newer versions of plasma make no problems suse use a very old plasma version think 3 versions behind.

@StarTreker
I was a gamer the new games are not mine i'am a old Quake 2 veteran CS Source was the last game i played a lot.
I use Zorin to do my Email Staff online banking a littlebit Facebook and Youtube Reading News playing Audiofiles or Streaming from Amazon Music and Prime Video.
Think a Normal User no special needings.

Trust me when I say, I know we are living in better times when it comes to technology. I started growing up with computers that had only 1MB of RAM. And since low RAM was the biggest reason for computer crashes through the 80's and 90's, it truly is amazing to now own a computer that has a whopping 32GB of RAM lol.

I have a saying... When you understand the limitation of technology we used to have, it gives you a greater appreciation for what you have now.

And as a gamer myself, I recognize you as a gamer all too well from what you told me. CS is still being using by Linus from Linus Media Group, to test refresh rate of monitors, kid you not.

We live in a new ara of gaming, where some gamers believe, that 240 to 300 hertz, can give you a sizable leg up in the competition, against other gamers playing the same game, same server, but they are only running on 60 to 144 hertz monitors.

You want my opinion? I don't think it makes a bit of difference. Those fancier monitors and TV's cost 2 to 5 times more depending on which one you get, all that is money down the toilet if you asked me.

What really makes a difference IMO is pure skill, and an internet connection that doesn't suck. So as long as your connection isn't lagging like Congress, and your not a total NOOB, then you shouldn't have any issue.

I was wondering, can Zorin Lite run on an old Aspire one?

For that old computer. I'd suggest you to check Bohodi Linux.

I think it's 32 bit, I remember not being able to install the latest version of LibreOffice because there is no 32 bit version.

OK, off to the link I gave you above.

It will run.
But Bohdi Linux will run faster on RAM less than 1GB.

FrenchPress is right. Zorin is always getting updated for the computers of like a 10-year period for each new OS version.

OS16 works best for Quad cores and up. Speed 2GZ and up. With at least 6GB of RAM or up. And your going to want at least a 60GB hard drive for installation

It's in my opinion that the official requirements that the Zorin team posted on their site, are far too low. I've already whitnessed a dual core machine with 2GB of RAM, just completely lag on those requirements.

Regarding 32-bit computing, FrenchPress gave you the best advice. Please install BOHDI, it's one of the only OS that is gonna run on that thing.

Regarding 32-bit computing, FrenchPress gave you the best advice. Please install BOHDI, it's one of the only OS that is gonna run on that thing.

Unless of course, one is willing to touch PuppyLinux (not me).

Sorry buddy, I'm not looking to get Covid Rabies 2.0 Delta Bark, so no Puppy Linux for me.

Hi, I'm new to Linux. I have installed Zorin alongside Vista on a Acer desktop PC, ok, Feren alongside Windows 10 on a HP laptop, ok, and I'm attempting to do the same with Lxle on an old Sony Vaio desktop with Xp. The Sony is being difficult but I don't have anything important on that one. I am far from an expert on computers. I'm sure I'll be back on here soon asking questions.