dconf Editor to the rescue!

Disable the "Use default value" slider, then delete the Custom Value entry. Now your desktop is black (#000000), no image. Click the 'Apply' button.

Now you can change it to whatever color you want.

Wow, you sure know a lot.

No, I don't know a lot, I'm just willing to break things to learn how they work.

That's because I've got the ability to restore back to the settings that I know work... either via the ZFS snapshots, or failing that, via the .img file of the drive I take before embarking on any changes.

And the ZFS snapshots aren't a rock-solid fallback... I installed dracut once just to see what it did... the machine locked up when booting (dracut doesn't recognize ZFS drives), so I rebooted, rolled back to a prior snapshot... and dracut was still there! It'd hijacked the machine to such an extent that no rollback would get rid of it. So I had to clone the backup .img file back to the internal drive.

With a 1 TB internal drive, keeping a lot of 1TB .IMG files around doesn't make much sense, so I compress them with .7z... the more zero'd sectors your drive has between the files, the more you can get it compressed. I've compressed that 1 TB image down to 5.4 GB before. So now I'm casting about trying to find or build a utility which will zero the free space on the drive... which isn't easy... ZFS compression tosses any zero-file (no matter how big it is) and just records an index (ie: a 'sparse file')... there's reports of people saving multi-TB zero files to ZFS drives of only GB capacity.

Of course, you'd have to trigger an update to that 'map' with every drive write, so while this would work on a live system (booted into Zorin OS), it'd be slow... every time a file is written, that 'map' would have to be updated and thus the commands for dd updated.

dd is low enough access that it doesn't care what's on the drive, thus it'll fly below the radar of ZFS. You can zero your entire drive (you will, of course, lose all your data) with:
sudo dd if=/dev/zero of=/dev/sda bs=512 status=progress
... but you can also set it to only start writing those zeros at a certain point, and stop at a certain point. You could also use blkdiscard -z.

If you use dd to write those zeros to a file, though, ZFS will toss that file and record it as a 'sparse file'... the zeros won't be written. So we have to write directly to the device as above, just limiting where dd can write.

Or, more simply, every time there's a write, it triggers this code to overwrite the old location of the file with zeros (because ZFS is a COW (copy-on-write) file system... every time a file is written, it's written to a new place)... eventually all the free space would be zero'd, and your compressed .IMG backup files would be small.

Good on you for taking GNU/Linux to the next level. Most folks like me just want a simple life with Ext4 File System! 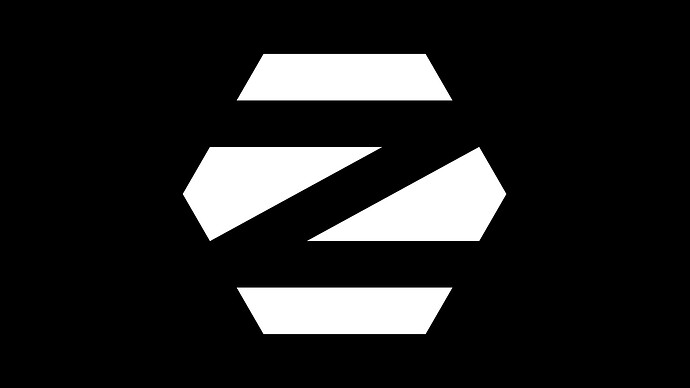 Background images are stored in /usr/share/backgrounds.

Download the image to your desktop, then open sudo Nautilus and drag-n-drop the image from your desktop to the usr/share/backgrounds directory.

Then Zorin menu > Settings > Background > Add Picture, navigate to and select that image.

I wiped all the drives again and I'm working through how to manually partition the main drive for ZFS and have the partition sizes stick when installing Zorin OS. In doing so, I figured out how to 'hole punch' (ie: write zeros to free space) the ZFS-owned drives from within ZFS. It works even when you're up and running, not just when booted on the Zorin OS USB stick. That not only makes the 7z-compressed .IMG file backups smaller, it allows the built-in ZFS compression to compress better.

Monitor it via:
sudo zpool iostat -v 15
... and wait for all pools to register zero write bandwidth.

I don't know what Moderators think, but IMO this is becoming more of a Blog than a "[How to]... Tutorial.
Maybe this thread would be better located under Chat about Zorin?
Just a thought, Zab.