One nice thing about Deepin 23 Alpha

It has drivers for my Realtek wifi dongle. Got 190Mbps. Fedora 37 doesn't, BTW. No driver for my Brother printer tho.

This guy has a hack which will let you run it off the USB stick. No store and you can't install anything. 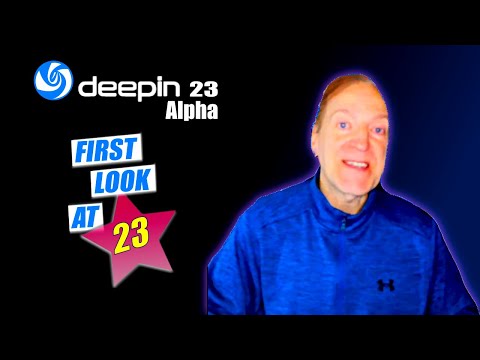 It's the only distro that looks as good as Zorin, tho in a more flashy sort of way. 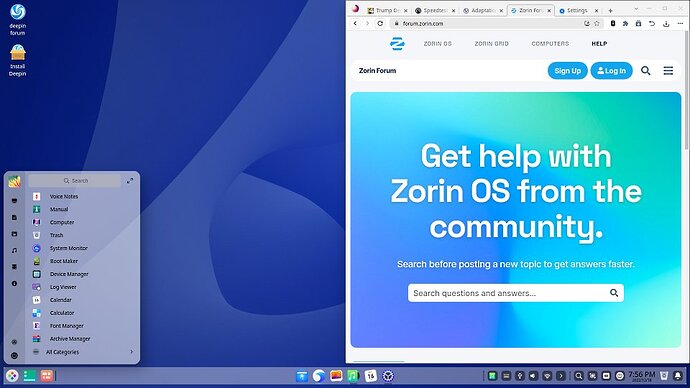 Deepin does look like a decent OS. It emulates the look of gnome on kde, though more user friendly and complete. It may be something to watch. I'm wondering what package manager they use, what their store defaults to (package type) customization limitations (custom kde or is it standard?).

They use their own, Linglong. Tho you type apt to use it. I couldn't install anything tho. It has a deb installer but refused to install Chrome or Input Remapper. They use an old version of Chromium. Looks nice tho and respects dark mode. Same slow scrolling so I installed the Linux Scroll Speed Fix extension.

Here's the boot thingee as edited.

Deepin uses the Debian stable repositories , so not the latest packages. The software store is a Deepin app and worked well when I tried it on a stable version. There are limitations when it comes to customizing the panel applets.

I researched it further and found they call their DE DTK, which is their own customization of kde. While i didn't find anything about the package manager, 23 doesn't have everything integrated and functional because it's in alpha (funny how Linux distros all have better working, more stable, alphas than M$s release candidates).

Tried 20.8 in a VM. No driver for my Realtek dongle. Found my printer after I gave it the IP and installed driver but then couldn't find it. Mic works now. Store had an old version of Pinta. Could not install flatpak Pinta or deb Input Remapper. Missing dependancies.

Definitely do not mess with this until 23 comes out.