Yesterday I watching a movie about why sometimes we cannot find drivers for linux or they not exist. Because open source exist when the producent any peripherals device give a some code or information about product.
Non-free exist when someone have a code but don't wanna a share with another people.
So if people sayed on Linux not working this or this then this is no problem a Linux software but a producent a product or corporation.
It will be nice if here we will create some topic about Linux. Just some information.
How was created Linux?

Free and open source was the ideal... the dream of you will. It has become a partial reality. But free is never free. Because not all companies agree with open source (greedy b@st@rds) and people want to ensure they are paid... there is a gap in hardware support. So you could spend weeks looking for the right hardware in a system that meets your needs that is also compatible with Linux or you can buy what you want and pray it's supported... either way you're still bound to find something on your system that requires a work around of some sort.

The community has grown, bringing more developers, hackers and users alike. Because of the developer and hacker growth more users can find their machines supported. It may go against business logic, but by making things open source it really does help themselves in the long run. Sharing of ideas always helps the community, which creates interdependence, allowing for connections you wouldn't have had without it. It also inspires community assistance in development and maintenance offloading business cost.... somehow that's lost revenue to business.

It's going to be a dream never fully realized... like the internet... when was that ever really free

Yes that is true what you wrote. I just put this topic to open someones eyes how it works.
I know some people what build a computers and searching components only compatibility with Linux. About hackers - they doing a good jobb. Why? Because big corporation also have a dirty hands.

Yesterday I watching a movie about why sometimes we cannot find drivers for linux or they not exist. Because open source exist when the producent any peripherals device give a some code or information about product.
Non-free exist when someone have a code but don't wanna a share with another people.

FOSS is, as @337harvey points out, is an ideal rather than a reality. Applications, drivers, and other software/firmware need be neither free (in the FOSS sense or the "free lunch" sense) nor open source to be used with Linux.

A few examples of the lack of inherent conflict: Microsoft is aggressively pursuing a path that will make it possible to run its business applications, all proprietary, on Linux (including Linux desktop) as part of the Windows 365 project. Google Chrome and Microsoft Edge, both proprietary, run on the Linux platform. Firefox, currently the most used browser in the Linux desktop market, is not entirely FOSS. Intel, NVIDIA, and many other hardware manufacturers make proprietary Linux drivers. Corporate developers/vendors like Canonical charge for Linux-based products. SaaS (software as a service) is more and more becoming available for Linux. A plethora of proprietary software developed for proprietary platforms runs on Linux via emulators and other translators.

So why is there a gap in hardware/software support for Linux on the desktop? I don't think FOSS is the impediment, because Linux does not impose a FOSS requirement. Instead, I think that the impediment is market share.

I think that because I see a significant difference in support between two Linux markets -- the server market and the desktop market.

Linux dominates the server market, hands down, but has only a 2% share (roughly) of the desktop market.

A tale of two cities, so to speak:

(B) RealTek, on the other hand, is notorious for its poor support for Linux. In contrast to Intel, it is often difficult to find drivers for RealTek products, and, as often as not, the drivers, when available, are drivers reverse-engineered by the community rather than supplied by RealTek. Why? I suspect that the primary reason is that RealTek does not make products for the Linux server market (RealTek develops for the consumer market) and can ignore the Linux desktop market without a significant negative impact on RealTek's bottom line.

I can see the problem, but I can't conjure up a way to solve the problem. The Linux desktop market is a consumer market, and few consumers will put up with having to "spend weeks looking for the right hardware in a system" and then, as often as not, "find something on [the] system that requires a work around of some sort". Linux enthusiasts will put up with that, consumers won't.

People want a perfect a product. Sometimes they don't know how to safety using a PC installing many software with malware and open "dirty websides". What next is slowly a computer with many not usefull files on a computer.
Linux is like a team me and Linux. If you gived him a chance and little time will be working without problems.
I am on my PC from 2015 using many type operating system.
Using a Zorin 16 Pro from some time I feeling he is faster.

This is an awesome post, I am really enjoying the read! And if I might add, its in my humble opinion, that both software and hardware go hand in hand. And to that end, is why I support right to repair.

And you guys might enjoy watching this video that I am watching right now. A fully modular notebook computer made by Framework, supporting right to repair. And if you asked me, the OS that should be running on all these machines is Linux. Why you ask? 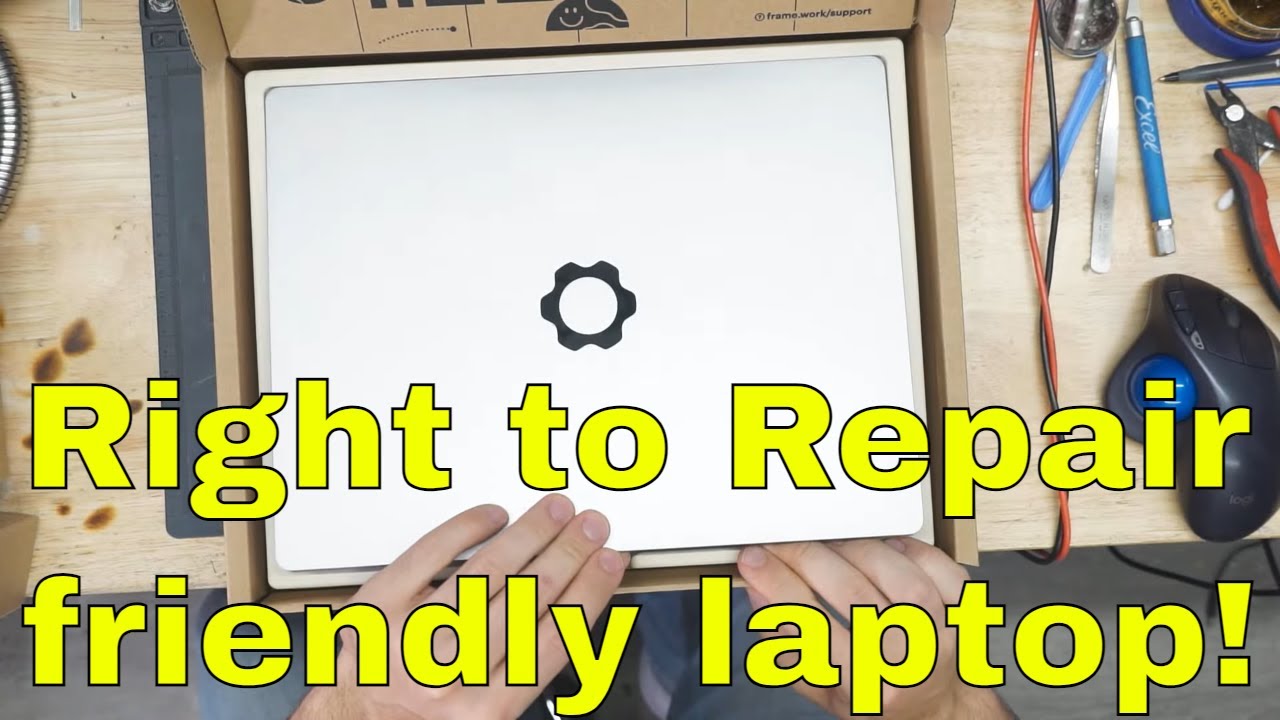 Because Linux is about providing a user choice, much in the way right to repair, is about giving you the choice, on the hardware level.