Opening any file with games 🤨️?

How it's possible to open any file with certain games? In my case they are Flyre and Interstellar Armada: Galactic Ace but both have no reason to allow opening any file. Interstellar Armada: Galactic Ace can open external files but it isn't supposed to open any, only files containing custom missions (and probably only a specific file type). Flyre instead shouldn't open external files at all, it doesn't need this function. Then why those 2 games are on that menu while other games that I have aren't? 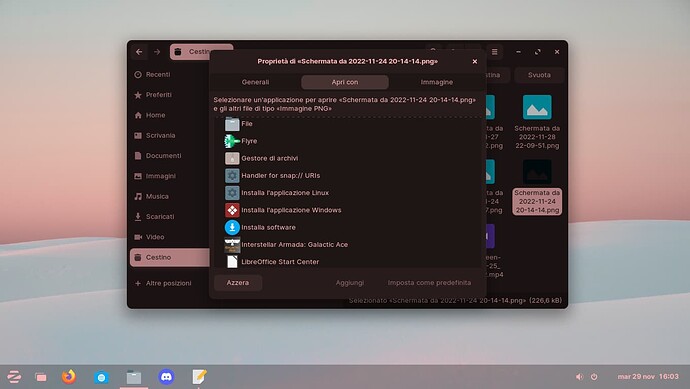 Because, my italian (CIAO!) friend, in that list ALL APPLICATIONS are listed.

In future of Gnome this feature is better implemented like this; 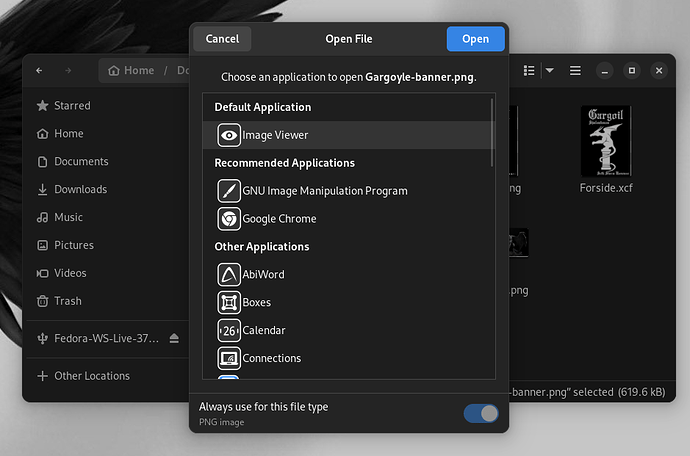 why those 2 games are on that menu while other games that I have aren't?

Not quite ALL APPLICATIONS, by ALL you include every possible application installed, but so since I currently have 9 games I would have expected to see those as well, just to stay on the ALL APPLICATIONS situation. I'd say that if only those two are shown, it is probably something that the game developers have set up wrong during the configuration, allowing the host system to show them as applications that offer themselves to open any kind of file.

Hi, I think...Why are u watching my profile informations?

it is probably something that the game developers have set up wrong during the configuration,

Yeah, maybe this is the matter!

haha you're too funny!

Another rather clever thing is sort of an original new way to advertise one's game by showing it on some windows. Maybe the user is working on documents, watching videos or whatever rather than playing the game, then he/she wants to open a file with another software and there he/she is shown the game. It is a way of reminding the user to play a game, probably it's not against the terms and conditions of the host system. By the way, when I tried opening a picture with these games the picture wasn't really opened, on that Open with… I simply ran the games so I'm more convinced about this new idea rather than a wrong game configuration. 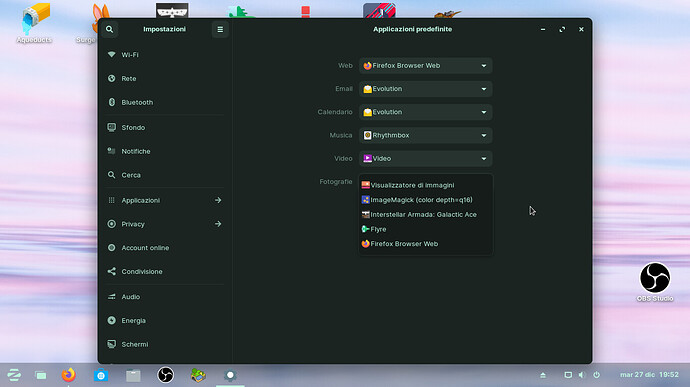