Hii!! i am from India
i want to buy a new laptop i have 2 options either go with i5/i7 11th gen or ryzen 5/7 5th gen, i know performance wise ryzen 5 is better but that is on windows i didn't see any banchmark on zorin or ubuntu.
so i was just curious that will zorin os 16 pro support intel i5 11th gen and ryzen 5 5th gen and which one of them has better performance with zorin os 16.

i want my laptop for programming purposes so i will be using integrated graphics card and want to stick to zorin ecosystem as i have zorin os pro on my desktop and i want it on my laptop too.
please help!

I've not had any issues whatsoever. I did have some issues actually with windows not booting after a couple of updates. Shut off secure boot, then did a bios update through the Dell support site along with a couple other things and it has been fine.

Zorin 16 Core has been running fine as well. I've been using it daily and haven't booted into Windows since I did the initial updates.

I've never been a fan of Intel, and my last Dell had intel. I found after a while they start to bog down easier and run slow compared to AMD. I've always gotten more life out of AMD before the system starts to crawl over Intel. Either one is eventually going to start to slow down, but IMO AMD last a bit longer.

I personally chose Intel & Nvidia, because I knew that they had greater support for Linux then AMD. If your doing programming, your going to want a lot of cores/threads and RAM I would think.

Core I7 is a good option, as it provides flexibility in both cored speeds, but RAM support. 11th gen CPU's support ECC RAM, and if your getting into programming on a computer, you might prefer ECC over the last gen standard.

Even I like amd more I have an amd fx 6300 desktop it works good with windows but works like charm on zorin os pro,pop os, linux mint ,etc. Actually in india not many laptops are available with amd, so I was just a little confused whether zorin will support intel better or amd

So that means zorin os supports intel better than amd ? Have you tried zorin with Intel i5/i7 11th gen ? Does it support oled screen?
Because according to benchmarks amd ryzen 5500u beats i5 1135g7 and i7 1165g7
And also beats m1 in multi core. So,and yeah also about battery life which supports better battery life with zorin ? 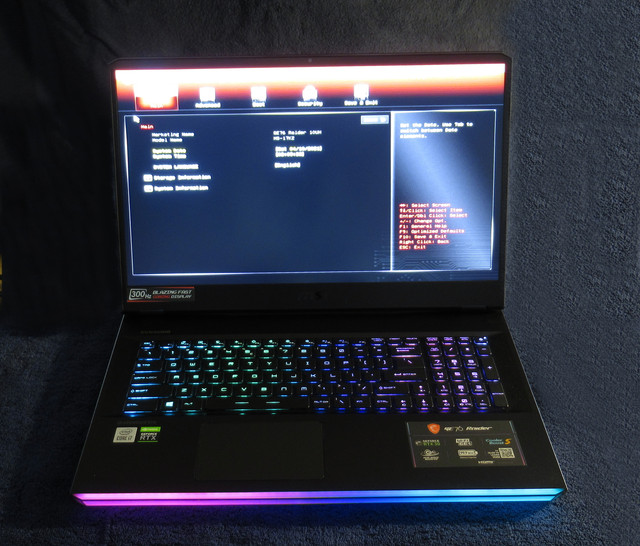 So ya, thats my Core I7 computer up there. And I'd like to say, for a Core I7 machine, its a gaming and production beast! And before you say, ohhhhhh well thats a 10th gen none of that applies to me, 11th gen is supposed to be all that and more!

But here's the thing, 12th gen will be coming sooner then I thought. There is already talk about 12th gen getting released later this year! Which is half a year earlier then I had predicted. So maybe it would be a good idea to hold off for 12th gen.

All modern computers support OLED if they have an Nvidia or AMD GPU. And I hate to break it to you, but there is no such thing as a machine designed for gaming and or production, that is going to last on a battery for very long, there just isn't.

This is because the FAA mandates, by law, no higher then a 100 watt battery inside any device, being carried onto a plane. To make sure batteries fall within that SPEC, usually the highest capacity batteries, like what is in my notebook, are rated 99-watt.

The point you ask? Well, there's only so much battery you can stick in these things right cause FAA law. So, that means, a gaming/production machine is just going to eat these batteries up like free pizza at a Star Trek convention.

The only kind of notebooks that I am aware of that get excellent battery life, can't really do any solid gaming or production work. Their usually Core I3's and Core I5's, that operate in the 2.5GHZ or lower range.

You can choose whomever you want, Intel or AMD. Just know, that my experience with Linux these days is, Nvidia has greater driver support over AMD on Linux, thats just how it is. I've been informed that it wasn't always that way, but it is that way now.

Running 11th Gen Intel i9-11900. Reckon my next puter might be an AMD if trend continues.

Have standard 650 UHD graphics only as not a gamer. Believe kernel 5.13 is necessary to support it properly, although it all ran fine with Zorin 16.

ohhh..... ok !! thanks a lot you actually cleared all my doubts, now i am kind off relaxed. the thing is after a new generation of processors is launched the companies usually take 5-6 months to make a good laptop, and according to my observation after 6- six and a half month a perfect laptop is launched. and i can wait for 2-3 months max(the time duration also depends upon the lock down), so that's why i started looking for a lappy. 'cause at least in India no brand sells Linux laptops they test and run on windows only, and i am kind off allergic to that thing, i don't want to get stuck with windows just 'cause Linux doesn't support or has poor performance on cause of the specs.

thanks by the way you helped me a lot

yeah !! okk thanks dude, it doesnt have any problem with iris graphics card naa?

i guess the hardware survey is mostly done on windows i found only cpu speed rates on linux, and even on that amd does better

I was running both POP OS and Zorin 16 with, I believe, Kernel 5.11. Both were absolutely fine for stuff like watching videos (although it may have been using llvmpipe).

See the very last comment line of this thread re. 5.13:

No, problem is still there after I have installed all updates every time being notified. So I just mainly use Ubuntu 21.04 which supports UHD750. 发送自 Windows 10 版邮件应用

I noted a significance performance improvement with Fedora 34 with 5.13 and with POP when it updated its kernel to 5.13, according to: Like I say, I'm not a gamer and didn't want the hassle of dedicated graphics card. Have one in my laptop and nvidia popups and updates in windows just annoy me. Not had a problem running Linux on my box.