I very obviously don't know what I'm doing but I tried to cleanup my babble in a thread posted by Storm entitled "Top 3 Favorite Games On Zorin OS" ..... as usual I high-jacked the thread with my opinion of the game Ecased and the problems I was having with it .... so as I caused the problem I tried to remedy it with the few tools at my disposal ....

If anyone would like to delete my posts in the original post by Storm I would greatly appreciate it .... that way the thread can continue as it should .....

Mr. Storm I hope you don't mind if I quoited your posts over here with mine so it would make a little bit more sense rather than just quoiting mine ....

I know it is on Steam and GOG but I'm to far advanced to start all over again ..... besides it is on a totally different computer ....

The Mrs says I look more like a Internet Shop or Gambling Joint with all my laptops and paraphernalia running ....

@Frog You should try this turn based RPG game. You decide how to play the game. It's on sale now -50%.

Save 50% on Encased: A Sci-Fi Post-Apocalyptic RPG on Steam

Thank you sir .... I just bought the game and am installing it to Zorin .... got to get used to their website it can be a bit overwhelming .... probably the most difficult website to navigate I have ever visited ..... but then Rome wasn't built in a day ....

I started a psionic character which can use his psi powers. First I would go scientist, but hey nothing beats psychic power

OK the game finally downloaded ..... never did find the Library button .... I noticed there are several patches available for this game .... should I install them or does it come with the patches already installed ????????????

You should probably take them. It may be Vulkan and stuff.

OK everything seems to be alright .... I didn't have Steam downloaded on Zorin .... I thought I did as I have 2 other Steam games on here .... but anyway now I don't see where steam loaded my game to here on Zorin .... I don't really like playing on line as it eats up my ISP allotment .... so I put the game in "off-line mode" and I want to move it to my gaming folder but I can't find it ....

Depending how you install it (.deb/flat). But you can check it by Steam tab -> Settings -> Downloads -> Steam Library folders. Then add your game folder to it and click move game.

Thank you sir I found the folder on Steam and the corresponding one on Zorin ..... So I guess I just copy those files over to my /home/mike/desktop/Mike folder and past them in a folder to be named "Encased" ..... 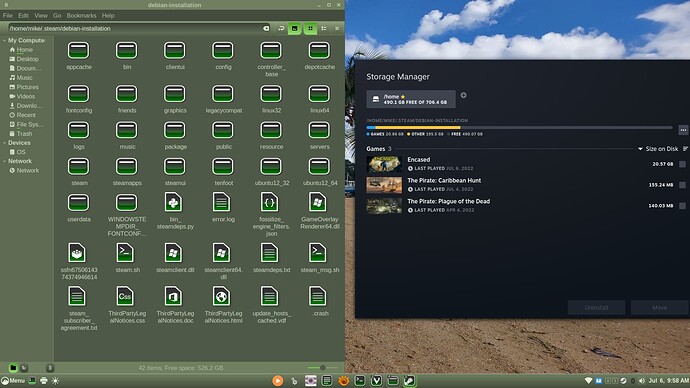 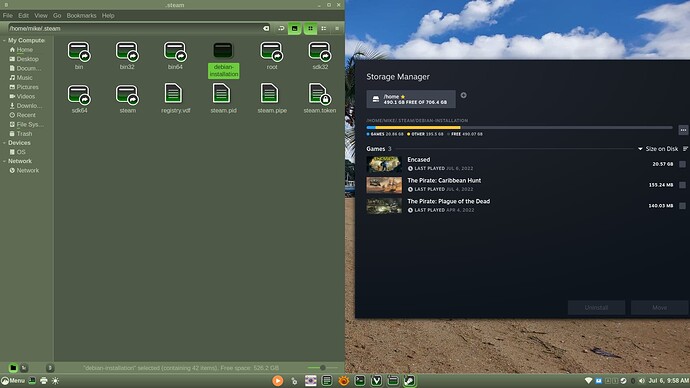 As you can see in the last photo the other games have icons and all I have to do is click on them for the game to run ..... what to do with the new folder called "Encased" .... 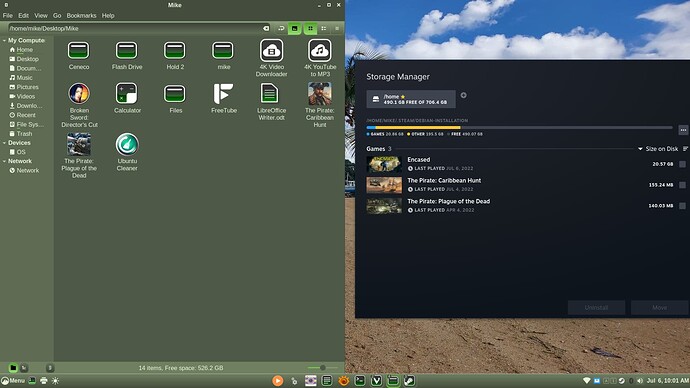 I'm not sure if it works if you directly copy the files or it will complain that it can't find Steam. But from the first screenshot go to steamapps -> common -> [game folder]

Interesting game .... I have never seen so many keyboard commands being used in any game I have ever played .... I had to make a list of them from the the game and then print it out cause no way can I remember all of them ..... even my gaming pad doesn't have all those key
commands ....

I also added the game to my Acer running Win 7 as it is set up to strictly play games (but I do miss my 17in screen on the Asus) ..... funny that it downloaded an icon on my desktop for me to open the game from where as in Zorin I have to open Steam to play the game but both allow me play the game off-line ....

The game takes so getting used to as I am used to playing 1st person and the camera use from above makes it kinda hard .... so instead of moving the character using W S A & D and look with the mouse you use the camera ....

Before I add new content anymore to this thread I will wait until I here the opinions of others ....

I just use point'n'click. except for camera.

Well the game is interesting to say the least ..... once you get used to it that is .... it reminds me a lot of the S.T.A.L.K.E.R game series and another series that I can't quite place my finger on .... radiation ... artifacts and anomalies and plenty of bad guys .... but you just can't run and gun cause you have to think and search a lot ... a whole lot ....

The hardest thing for me to get used to is the "you take a shot .... I take a shot and then they take a shot" all in rotation .... in the beginning of the game when you don't have much AP it is almost impossible to take someone down with out taking damage .... I discovered early that I could do that much easier with a hammer in close quarters than a shotgun at 20 paces .... only took 2 or tops 3 with the hammer ....

..... by the way I'm playing as a psionic character also but with low AP my psychic power is not very strong .... I'm better off with the carpenters hammer ...

Anyway I made it through Nashville and am heading into the cavern below Nashville to find the artifact and anomaly .... wish me luck .... I'm going in ....

Seems you're further than me in the process. But I have a billions games I play. But I found out that Engineer is more interesting to play than Psionic build.

How you can be hacked. 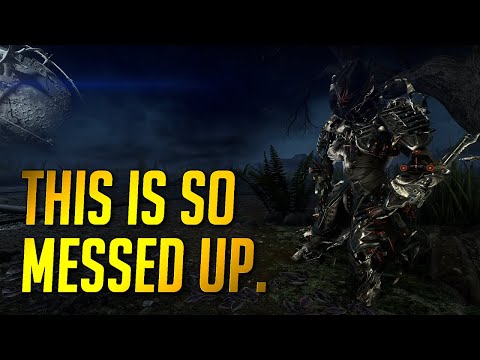 If anyone would like to delete my posts in the original post by Storm I would greatly appreciate it ....

Thank you sir ..... sometimes I get carried away and stray from the path of the OP which makes it hard for the people that are interested in the original topic to follow ....

Today I played Path of Exile and not working properly on Zorin.
I don't know but playing a games isn't so good.
I don't know because the drivers or something else.
Used on top that command and will testing if will be better. 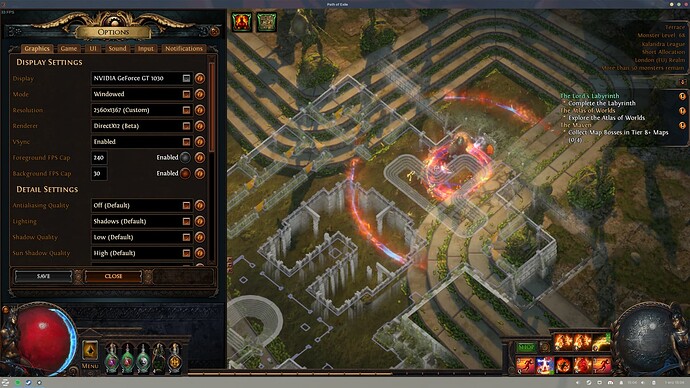