When open a firefox have that problem.
Best uninstall and then install again? 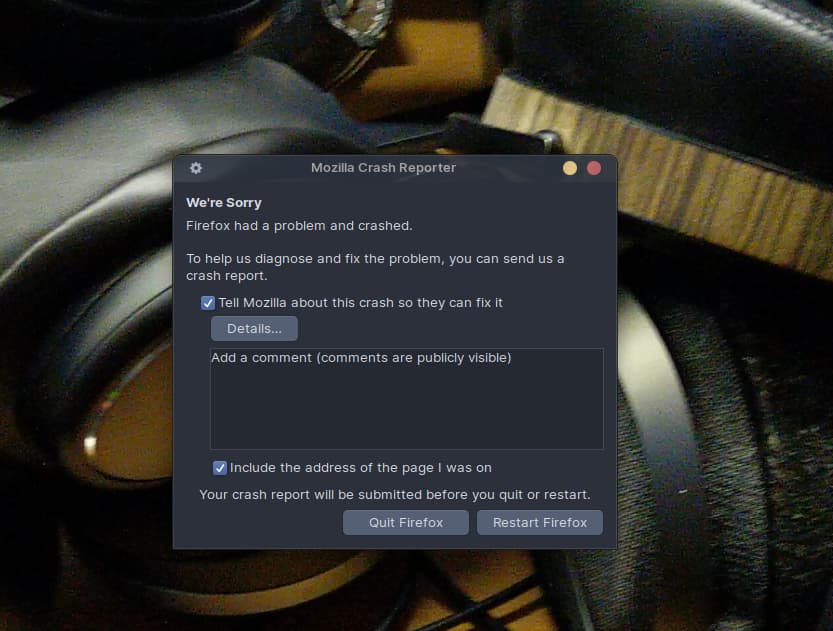 Best uninstall and then install again?

Yes, be sure to remove any configuration files prior to reinstalling.

How Do I Completely Remove Firefox From Ubuntu? [Answered 2022]- Droidrant

You can remove firefox with:

The configuration files are ~/.mozilla and in /etc/firefox usually.
Removing those two directories (The /etc/firefox must be removed with Root, so sudo su then nautilus to elevate the file manager. Zorin OS Lite users can sudo su then thunar ) are all you need to do.

Are you using the Firefox that was installed initially on the system?

If so, uninstall it, and install Firefox directly from Firefox using the tarball. I've been using it that way for years and don't have a 1/4 of the issues as others do. There are simple to follow instructions right on Firefox's website about installing it.

I am tired. Zorin or another things always have the same problem. Zorin using some app or software what are from another companies and sometime they working good and sometimes they stop working.
The most important Zorin is stable.
The problem software sometimes kicked my ***.
After using 4 days it gived me error with webbrowser. So installing and uninstalling don't helped with a solution @Aravisian and thunar or nautilus delete folders with root priviliges. Then installing chromium with snap. Yes that is correct snap because they are in software store Zorin. I don't have a choice and always reading here that is good that is not good for installing. I am very confuse.

Then installing chromium with snap. Yes that is correct snap because they are in software store Zorin. I don't have a choice and always reading here that is good that is not good for installing. I am very confuse.

If it works for you, then who cares what others say?

Problem with packages.
intel-media-va-driver is already the newest version (20.1.1 + dfsg1-1).
Some packages could not be installed. This could mean
that an impossible situation was requested or an unstable distribution was used
in which some packages have not yet been created or moved
from the Incoming directory.
The following information may help resolve the situation:

Not to much. Firefox working ok before i mean version earlier but on mint working without problems.

I was forced to remove the apt version and switch to the flatpak version and it's safe until now.