Well, the inevitable happened. As a new user I finally hosed up Zorin bad enough that on a boot two mornings ago box would not boot. It hung at the flashing Zorin logo. I did try several times to do a Recover via the USB .iso image and that did not work either.

I attempted to reinstall 16.1 with the same motherboard settings that I did the initial install on and the install would fail at the final boot. I eventually figured out to turn off safe booting/secure booting and the trusted platform setting on the MB. This permitted a boot but there were still SquashFS errors.

The box is up and running and accept GUI commands and installation of Vivaldi browser and a restore of previously backed up data on a 80gig SSD drive. Attached are several images...these SquashFS errors, are these something I should be concerned about? 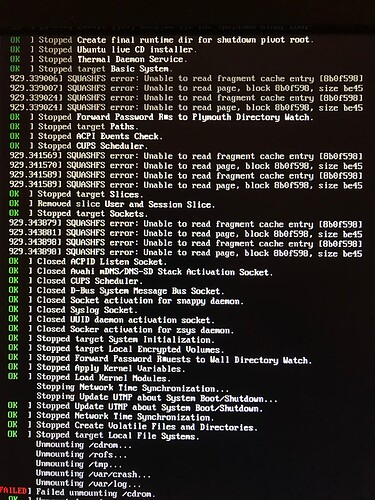 This is the fail point on the reboot after the install. PC would hang, waited 20 minutes and finally powered off and back on. 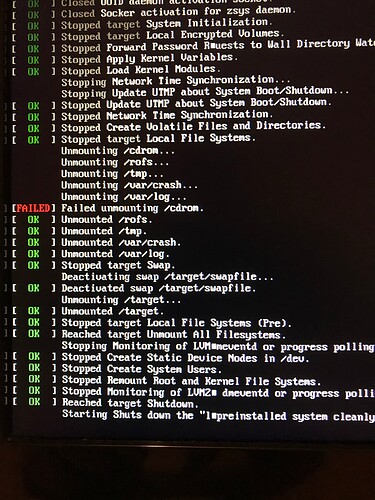 You've probably got a corrupt .iso:
A

Why do I see a message SQUASHFS ERROR:UNABLE TO READ DATA AND PAGE WHILE INSTALLING UBUNTU

Check the Integrity of Your Copy of Zorin OS

How to verify that your USB Install Drive or downloaded Zorin OS .iso file is not corrupted.

I had wondered about that, even though during install the .iso passed the integrity checks. I will follow up on your suggestions; I know my box is running but I suspect someday that corruption will rear its ugly head.

I may have bad memory on the Samsung 970 or the MB memory may be bad. I can roll the MB memory boards if the SquashFS faults happen again. The USB passed its integrity check....still, one never knows.

OK...there has been success. It appears the 16 gig Sandisk USB 3.0 drive is a wee bit skippy. All check sums passed on the drive before and during installation but for some reason it did not like reading back during the install.

I am worn out on Linux for the evening so tomorrow I will do backups and carry onward.