Hey guys --- I very frequently need to change audio in/out based on switching from a headset/mic to desktop speakers for meetings and such. This feature is really useful and am missing it from Mint/Cinnamon. I know there's some 3rd party programs that can do this, but would be cool to have it baked in versus having to go into setting>audio and flipping it there. Example on Cinnamon: 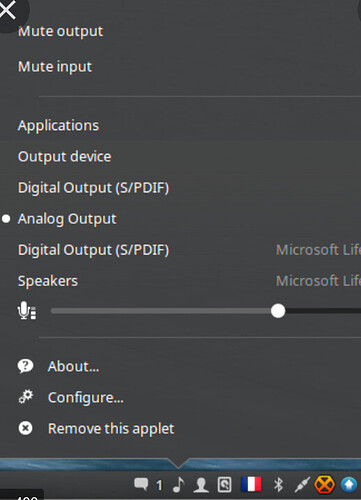 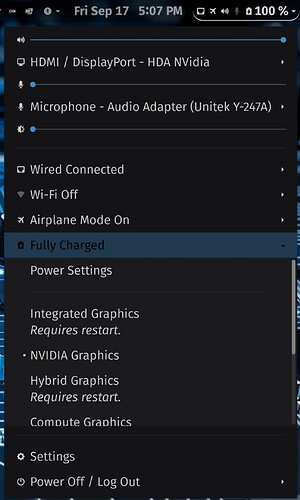 That extension from Gnome-Extensions will do what you want. However, again, that is for Gnome, as Gnome extensions are not compatible with XFCE, which I think is what Cinnamon is based on.

Thanks, that is the one I am using and it works well. 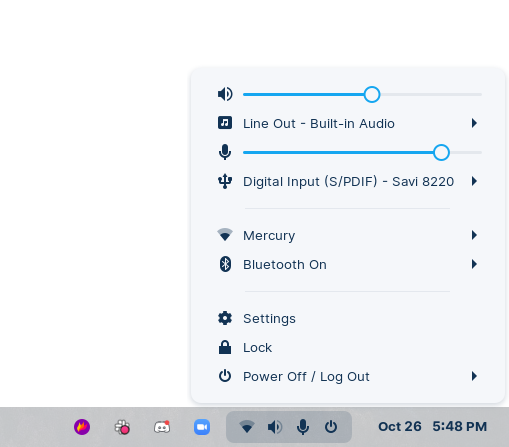