So I stumbled upon this .... which fixed the screen tearing but it did this: 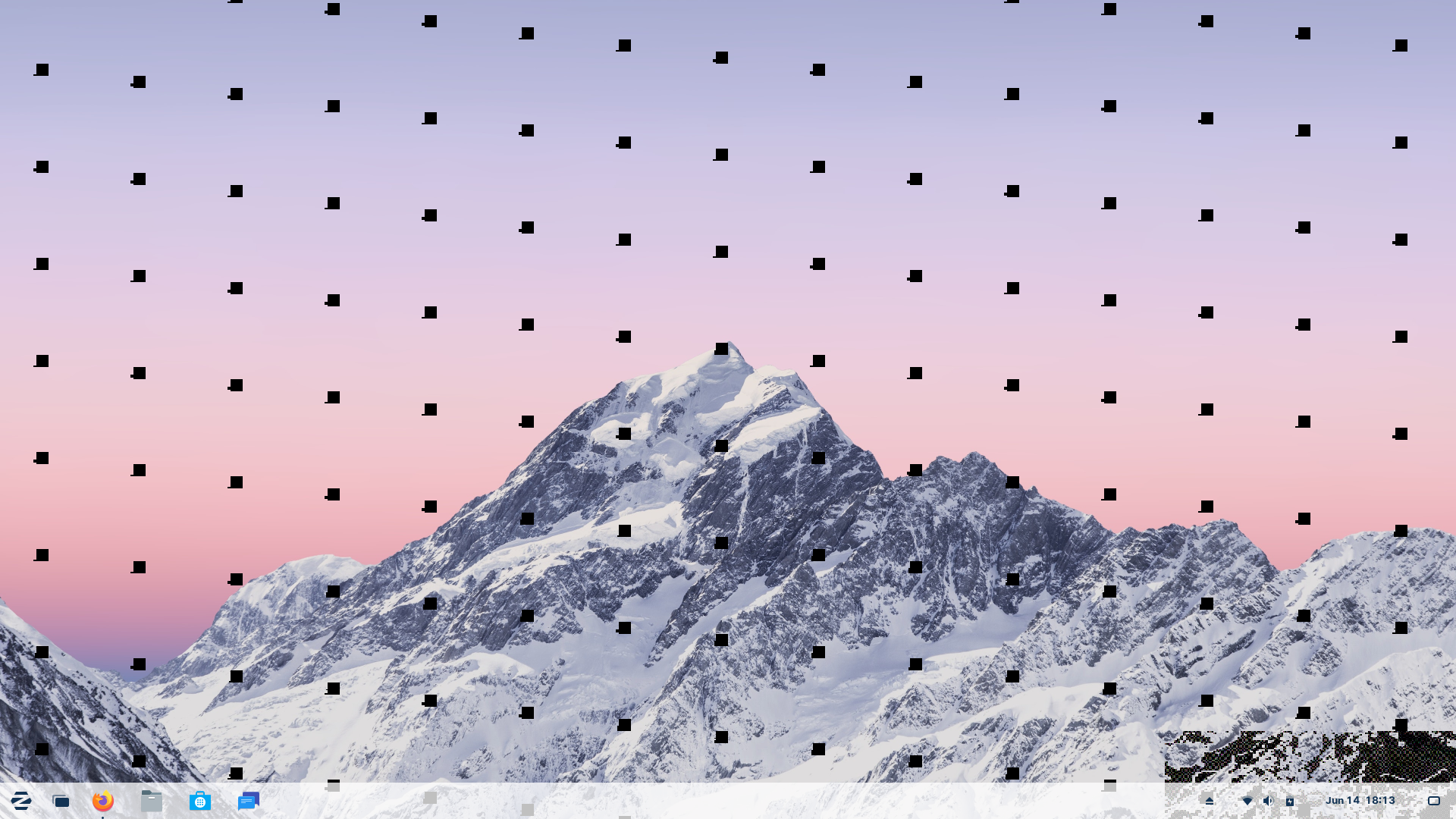 1920×1080
It only happens with the dynamic wallpaper. The static ones are fine. But now I don't know what is fine and what's not

That is awesome. Reminds me of the Flying Toasters screensaver...

I stared at your screenshot too long and now I am seeing those dark patterns everywhere I look.

I would restore the /etc/X11/xorg.conf.d/20-intel.conf file in your shoes and instead check your intel drivers:
What is the output in your terminal for

That is awesome. Reminds me of the Flying Toasters screensaver...

I stared at your screenshot too long and now I am seeing those dark patterns everywhere I look.

It's a blessing and a curse at the same time

The terminal output said it's already the latest version.

Okay so I just actually reinstalled Z16 from scaratch and ummm it's working just fine. I did nothing differently than the first time.

Sigh, its back to tearing. I didn't change anything. I even restored a timeshift backup to a state that I was 100% sure it doesn't tear but now it does.

What graphics driver is installed for Nvidia?

What is your screen Refresh rate from Display and resolution?

Any of these tips help?

The Nvidia GPU is using the Open Nouveau driver. But actually I found the culprit. Its the damned fractional scaling. Disabling it fixes the problem...
Well that's a shame I now have to use the 'Large Text' mode. The fractional scaling looked much better. I hope this gets fixed for the Z16 release. I'll look into it in the future to make a bug report.

That would be an xorg issue, not a Zorin issue so if fixed, it is up to Xorg to do so.

Yeah apparently, its been an issue for more than a year now. But I tested it and it works just fine on Wayland. I heard a lot of negative things from Wayland and I remember it used to be blurry. But now I can't tell. In your opinion, should I avoid Wayland and stick to Xorg or should I give it a chance?

There are some things that work on Wayland, just as you say. The problem with Wayland is that there are many apps that Wayland breaks.

there are many apps that Wayland breaks.

On that note, very interesting thread about Wayland and it's problems.

On that note, very interesting thread about Wayland and it's problems.

Thanks for this link.
It really reads like a horror story.

In principle, the concept behind Wayland looks great. And yes, it was (and to some, is) intended to replace the Xwindow system.
The problem with Wayland is one of existing Infrastructure, something that Wayland fans blithely ignore, or, in Truest of Gnome Style, like to claim is someone else's problem.
It is not every other x11 dependent app developers problem. It is Waylands problem.
Wayland did not plan ahead for any kind of viable transition from X, they merely approached it with Loud Fanfare to promote Wayland, then sat back with expectations that everyone would jump on board. And few did. Because while the principle of a slightly faster and less complex windowing system has appeal, it just isn't that noticeably faster than X to the end user and to the developers, is a horrifying nightmare of complete redevelopment of apps.

Partly because of this, Wayland lacks true Contributor Support which it desperately needs to progress. Like Duke Nukem Vaporware, Canonical will persist in promoting it with High Hopes, but no army to back up their bluster with.

X11 has its problems... But at least it works and it works well enough. And in some regards, I find it superior to Wayland, in spite of the fantastic appeal in Wayland compositor being the window server and talking directly with the kernel.

Is it a laptop or desktop?
Make/model? Amount of RAM?

Damn, what's up with canonical? It seems as if they are trying to be hated/portrayed as an evil corporation

Is it a laptop or desktop?

But I finally set Z16 up. It's all up and running. So far so good. I already like it. Particularly, I like the Zorin welcome tour jingle

Thanks for the info.
But it seems you managed to make it work.

11 posts were split to a new topic: Impact on Zorin OS or Linux from Canonical and Microsoft