I have similar issues -- currently it seems that when I open the "Messages" app in Zorin, when I try to send messages through the computer interface they appear "greyed out" and do not actually submit / send.

I believe that this may be best examined by the ZorinGroup directly:
@AZorin and @zorink;

when I try to send messages through the computer interface they appear "greyed out" and do not actually submit / send.

This may be something we can solve on the Forum without hassling the ZorinGroup. 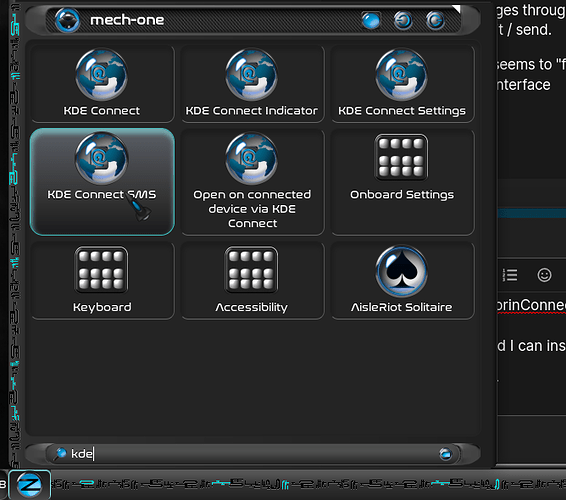 You may consider using KDEConnect as a workaround to the issue...

Sadly I couldn't get it to work - When I tried to launch the KDE Connect, it would just launch ZorinConnect instead, and pair from there to KDE on my phone, but although it said it was paired it wasn't working.

Tried to uninstall Zorin Connect (ZC) using this thread, then after that I couldn't launch KDE Connect, plus after I removed ZC it also removed all the fingerprint stuff I'd just gotten working previously... it doesn't even show up as an option under the User Login settings anymore. Sigh. Thanks for your help, maybe I should use Core instead

maybe I should use Core instead

You are using Core.

This, I did not predict. I am sorry about that.

The technique would have been to remvoe ZorinConnect:

Then install KDE connect.
Then allow ports for it if using UFW:

Again, It did not occur to me that Zorin Connect would need to be completely removed, first. Hindsight...