Aravisian is correct, for years now, Zorin OS comes packaged with a built in Archive Manager APP, and still does to this day. Just another one of those things that makes life easier then Windows.

So very true. I'm gradually figuring my way around things and enjoying it.

My next set of questions may be about network shared folder. A doddle to set up in windows, but I'm quite getting to grips with starting services etc yet. If I get too buried by it I know where to come.

Well, if you'd enjoy a nice preemptive answer to the question you haven't asked yet, "SAMBA."

Go to Youtube, and use keyword search... "How to setup Samba to share files Windows and Linux" I think you will find those video's quite informative.

Isn't this already preinstalled in Nautilus? I believe that adjusting the properties, gives you the option to make a folder/file shareable, or am I wrong?

No its not, you have to install Samba libraries to make things work. And you have to setup Samba sharing and permissions. Its a bit complex, but with video instruction is the absolute best way to explain how to set it up.

Sorry, that I mentioned Nautilus, but I meant the standard FM that comes with Zorin16 Core. Because there is the possibility to select File/Folder for shareable options. 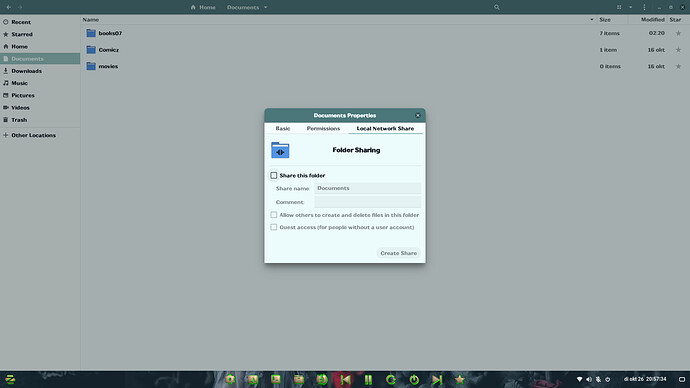 that I mentioned Nautilus, but I meant the standard FM that comes with Zorin16 Core. Because there is the possibility to select File/Folder for shareable options.

What I'm looking at is a mini home network. I've set it up before on an old Window Server 2003 machine, but I want to get to grips with Linux. To be honest, home networking was my whole incentive for getting to grips with Linux in the first place. As you can see from the picture, my old MCSE certification book is now used as a monitor stand. I don't want to buy another copy of Microsoft Server Edition, my old 2012 r2 having past it EOL date, I want to learn something new.

Sorry, that I can't help you there, I am not accustomed with servers.
Never installed or used one at home. But I do like the way you still make use of those books.

Btw, I use "Ark" (for extraction/compression). I believe it's a kde application that does almost the same as Zorins Archive manger, but somehow, while using it for years now, I am accustomed to it.

There are several options to use for compression. (Made the prints with my phone because I wasn't able to make print screens of the pull-down menu in Zorin.)

Nimzokaria, I split this off to be a separate topic from the Archive Manager to help give it more On-Topic visibility and to keep the different questions separate.

While I understand you want to have NAS on Zorin, I just give you another idea. I am using OpenMediaVault installed on Intel ComputeStick.
This is my setup. 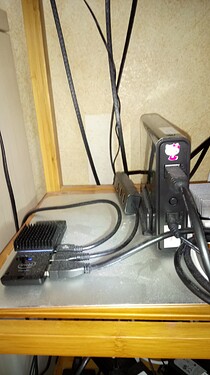 Since NAS has to be on 24 hours a day, those single board PCs are great for energy saving. It runs on 5V power supply from USB port.

Because I am not a bigshot business that needs an enterprise grade network, and the latest and greatest tech like LTT always seems to gotta have, this is all I need. 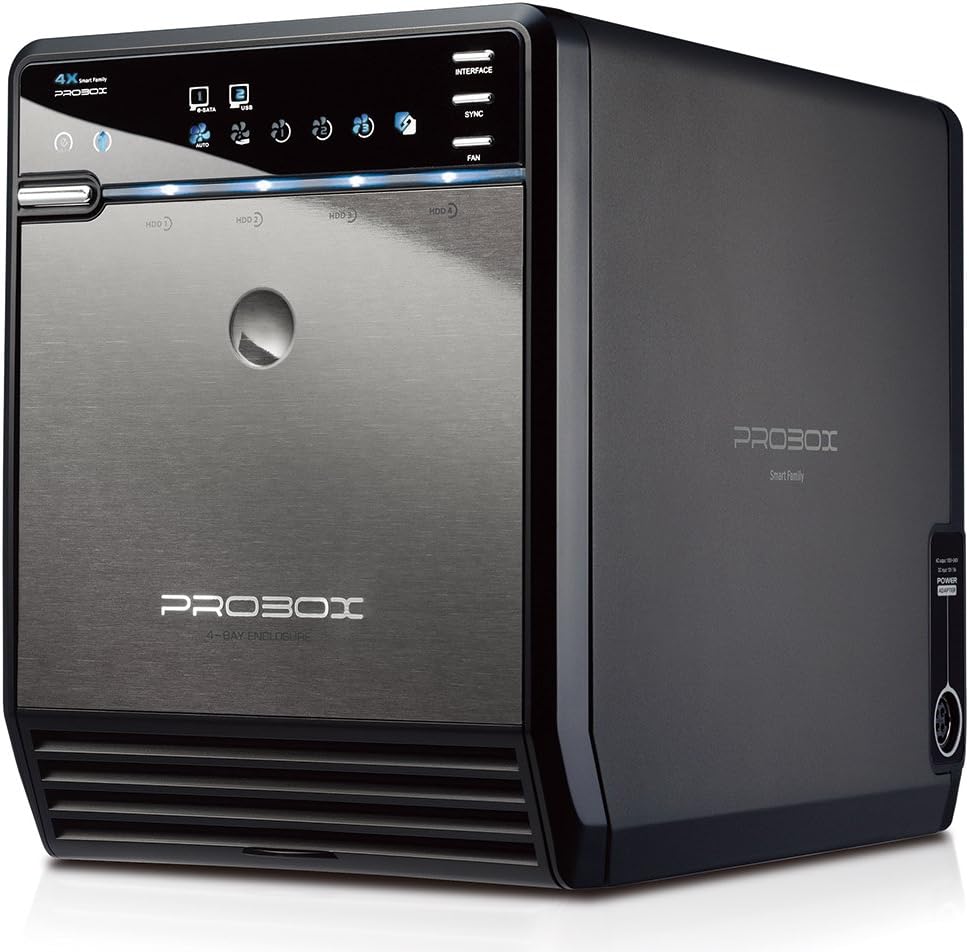 This is a nifty box enclosure that can take up to 4-3.5" hard drives in it. However, the power brick for it only supports 60-watts total output, so I don't recommend you populated it with 4 power hungry 3.5" mechanical drives.

Truth be told, I thought I was going to populate it with 2-drives at least if not 3 in its life that I've been using it. But I still only have the single 2-TB WD BLACK 7200 RPM 64MB HD that I've had in it for like 4-years.

I used to run it 24/7, back when I was accessing it more. Basically, I've been using it like a NAS storage. And if your running a gigabit network, its plenty fast enough for home users. But, I don't access it as often as I used to, so, to save motor drive life on the HD, I decided to power it down when not in use.

I have it connected up to a USB 3.0 hub, its goes as fast as the HD goes. If I had a SSD drive in there instead, it would obviously be faster still. But for permenant storage, you can't really beat the cost of a 2TB mechanical.

Cause I just looked them up, Western Digital Black 2TB SSD's are like 200 dollars right now, NVME SSD's just a hair above that. So yeah lol.

However, the power brick for it only supports 60-watts total output, so I don't recommend you populated it with 4 power hungry 3.5" mechanical drives.

I do not want to run that in our household.
Electricity is expensive here and the price supposed to go up even more. soon..

Then mechanical drives our out for you then, they are not power effecient. A single mechanical 3.5" when pushed to full performance, can use up to 25-watts of power.

I did not know those small ones also draw so much

Just one of the many reasons why many States in our country, have instituted new laws, on how much power draw computer's, monitors, and other based technology can use while at idle. Now you see why I've switched to using only SSD'S now?

When the prices finally come down on the larger capacity SSD's to be more reasonable, I'll get like a 4TB SSD to replace the 2TB HDD in that box.

This still costs you arms and legs

Again, I said, when prices come down, as in considerably. I am not paying no 600 dollars for an SSD drive, you can buy a Chromebook computer for that lol.

Prices would have to come down to like 120 dollars before I make that leap to a 4TB 2.5" SSD to stick in that box with the adapter.

Prices would have to come down to like 120 dollars

Thank for the tip!
I will keep my eyes on the after Christmas sales

I am sure it will pay for itself in a long run.