Whenever I try to use the "Software" application, I face lots of problems such as the items not rendering in the application, search not working and showing an infinite loading screen, etc.

I'm not using a VPN, my internet is fast and good, everything works except for this application. 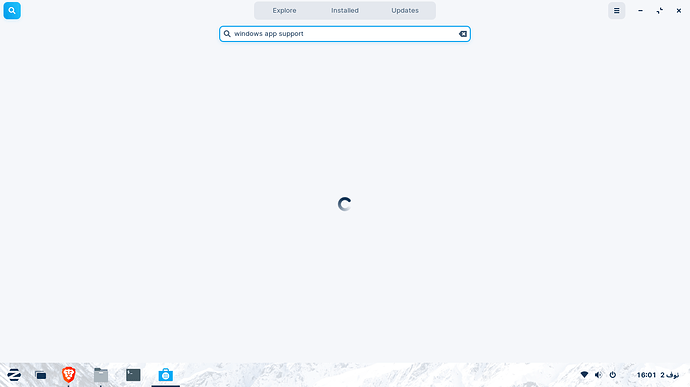 I feel that installing apps like on a smartphone is for a closed system and not suitable for a PC.

There are two likely causes for Gnome-Software failing to load:

End all processes with the software store

This has worked thankfully. Now I'm trying to install the "Windows app support" package but it's been stuck on 0% for quite some time now. Again, I face no internet connection issue anywhere, and everything is working perfectly, with and without the internet. I'm not sure about the cause of this situation. Could you help? 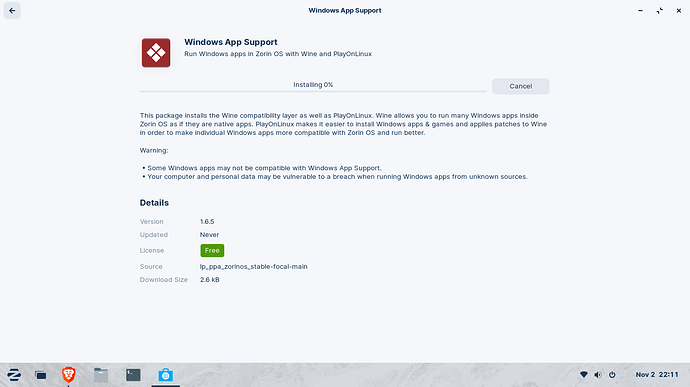 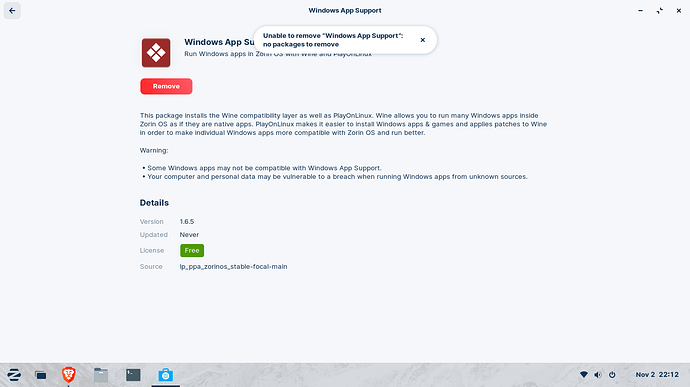 Let's try to get a verbose description of what is wrong.
Can you please open terminal and run

and relay what errors are shown?

Just a point of interest...I thought the Windows App Support came with 16.2 or one of the quick patches after it?

I thought the Windows App Support came with 16.2 or one of the quick patches after it?

No, it has been around quite a while. Zorin OS used to come with WIne pre-installed.
In Zorin OS 12, Wine no longer came pre-installed as the ZorinGroup worked on solving some issues with the compatibility layer.
Zorin 13 and Zorin 14 never existed - the Zoringroup named the next version 15 in order to account for two versions released in prior years that fell between the numbering system.
In Zorin 15, it was reintroduced as Zorin WIndows App Support as a Zorin Repository supported item that can be installed, but also does not come pre-installed.

Personally I agree with the choice to not include it as default.

I know I tried to install the MS Spider with POL and it failed the True Type fonts. I have the MScore fonts installed but It specifies the FreeType set so I got to figure how to install those. I found .deb at pkgs but it balked at installation. I still need to fuddle with it again.

Off topic banter:
Have you tried

I reinstalled the software application and then installing worked. Thank you so much.

Not the cache vr command. I will give that a try.

Apologies for the OT conversation. I did not realise the thread was marked Solved.