I have installed nvidia-driver-520 with this way :
sudo apt-get install cuda-11-4

It was installed successfully, but now, if I run
nvidia-smi, Zorin OS Xorg and gnome shell consume too much VRAM (300-400 MB) and it consumes so much battery power.

Yes... I can turn off the nvidia-driver with sudo prime-select intel. The computer must be restarted for applying that effect.

What I want, I only use nvidia-GPU for heavy workload such as rendering, using 3D apps, and training AI. I use intel GPU for desktop environment.

How to do that?

Thanks for replying my question

Did you logout afterwards?

After struggling installing envycontrol (dependencies of gpu-profile-selector), I got it. Envycontrol's github page gives wrong way to install it.

The right way for installing envycontrol

Then restart it for applying that effect >> desktop environment uses intel GPU which only use ~10 MB of nvidia VRAM, but nvidia will be utilized when I train AI dataset or when I render with blender 3D.

this is the result 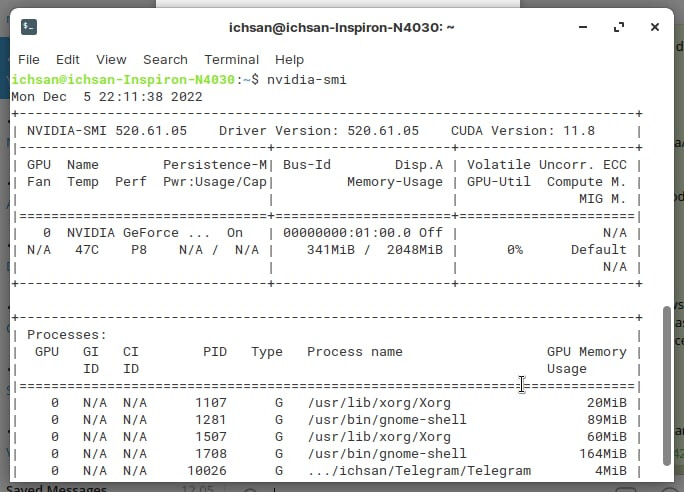 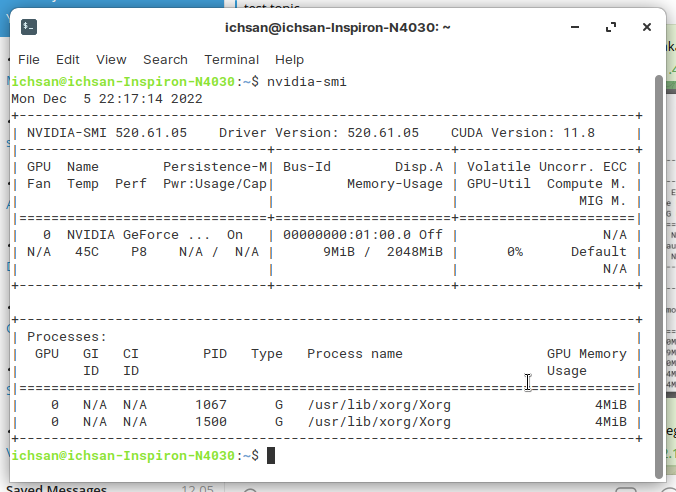