Sound card and microphone not working

sound card does not work information about a deaf palette, a microphone that does not track

It appears you are not the only one having this issue: 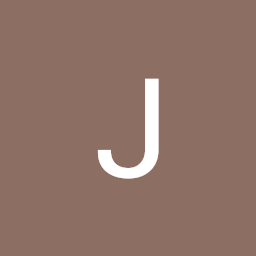 No sound on Ubuntu 20.04 , only Dummy Output on Huawei Matebook D16

Bear in mind that such devices were designed to run Windows and nothing else. Main hardware manufacturers are not interested in developing drivers for GNU/Linux as it is not their main source of income. That is why there are dedicated suppliers of GNU/Linux hardware - more expensive than Windows machines, but at least you know you will get something that works!

Buy laptops and desktop PCs powered by Zorin OS. We've partnered with computer manufacturers to provide the best Zorin OS experience out of the box.

On the Huawei forum it appears that they are looking to eventually release notebooks with Deepin Linux - you could always give that a try?

Hi,I'm a linux user so I installed ubuntu 20.04 on Matebook D14 all of drivers (wifi,bluetooth,sound,etc...) are ok but fingerprint funtions are missing on settings. so I checked connected devices list with "lsusb" command then I found "Shenzhen Good

I have been working on linux for 15 years, the laptop in question was bought for me as a gift by a person who is not technologically oriented. The laptop was bought because it was nice;) The problem is because I do not want to sell it or simply buy a new one, because it is a gift from a person who is very important to me and I do not want to make her sad. I am using a wireless speaker. The worst thing is that the microphone does not work via bluetooth. This laptop, lest this sound would be perfect for Linux, keeps my work on a single charge after 13h. It is light and well you can say nice;) I tried all the distributions known to me, also old releases such as ubuntu 18.04 20.04 etc. Huawei released laptops with Linux with deepin distribution but it does not detect sound either. I lost hope

unless some of you come up with something

Huawei released laptops with Linux with deepin distribution but it does not detect sound either.

It really sounds like they used a chip that Cuts Corners.
Hardware on your machine is not governed by the OS you use; whether it be Windows, mac or Linux. Hardware is programmed with its own Operating System. It then communicates with your OS through Drivers.
Which... is stuff you probably already know.

Some Chip Makers program their hardware the cheapest way possible; with only the bare essentials that can communicate with the Dominant OS: Windows. (And they even give head-scratching troubles on Windows).
Computer manufacturers buy Cheap Chips hoping to pad their profit margins.

In such cases, most users get a USB driven card that is known to work with Linux. Not ideal, but workable. We see this a lot with Wifi adapters.