I run Steam Link and when it opens initially, it appears on my primary screen but when I then hit Start Playing, it will open on my secondary screen.

This is my display setting: 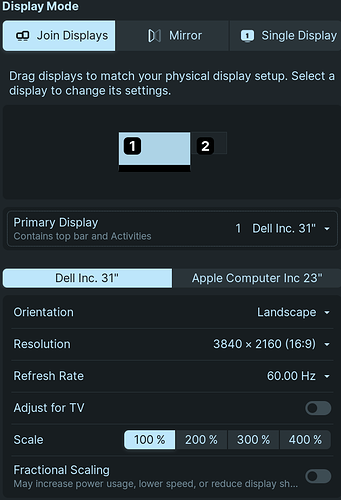 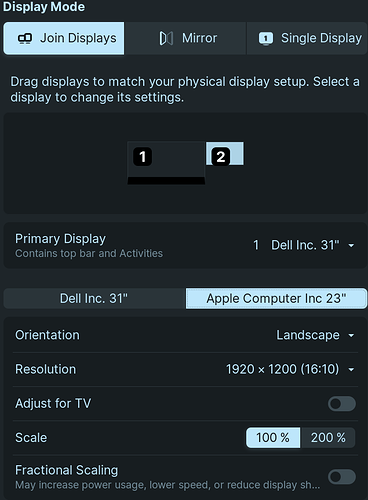 The problem with steam link, when it opens, it is full screen so I can't drag it across.

I tried both Wayland and the standard display.

Is there anyway to make it switch displays or when it opens, keep it to the primary display?

This may be an issue with Steam, rather than the Xwindow system or Wayland. I am not 100% sure on that.
But, you can read this users experience and their workaround here:

2 monitors, both 1920x1080 (left one with DVI and the center/main monitor using HDMI). I'd like to use the one directly in front of me, and some games launch just fine. Unfortunately, a few other games launch on the monitor to my left. I went to...

Thanks for the reply.

I think they are talking about the Steam Client running natively. I'm using Steam Link which is essentially a remote desktop to the steam client that I have running on another puter.

I hadn't tried it on this computer for a while and I'm pretty sure it was working previously.

Are there any key commands which move the windows between displays?

Are there any key commands which move the windows between displays?

I do not know of any... I play Few Steam Games in general and fewer still that Auto-Fullscreen.
This may help: 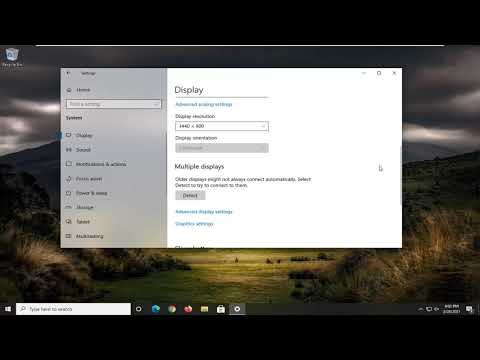