I recently installed Zorin OS by getting the iso and then using rufus to put it in a flash drive. I then tried out the OS from the flash drive without actually installing it on my laptop.

The OS worked well so I decided to install it on my laptop. It said that I have to disable RST so I changed it to AHCI. I also chose the option to remove my previous OS(Windows 10) and replace it with Zorin.

After the installation, I had to restart my computer and remove the flash drive with the iso.

I tried repeatedly pressing f12 during the startup screen and chose to boot using the “ubuntu” option. It still led me to windows troubleshoot screen.

Does this mean that I still have windows 10 in my computer? And how do I make my laptop start Zorin instead? Sorry I’m still new to linux so idk what idk.

Oh and I should also mention that I didn’t encounter any Blue Screen of Deaths, it just opens windows troubleshoot screen right after the startup screen with the manufacturer’s icon. Thank you!

I'm not familiar with your problem. But may be have a look in the BIOS setup? 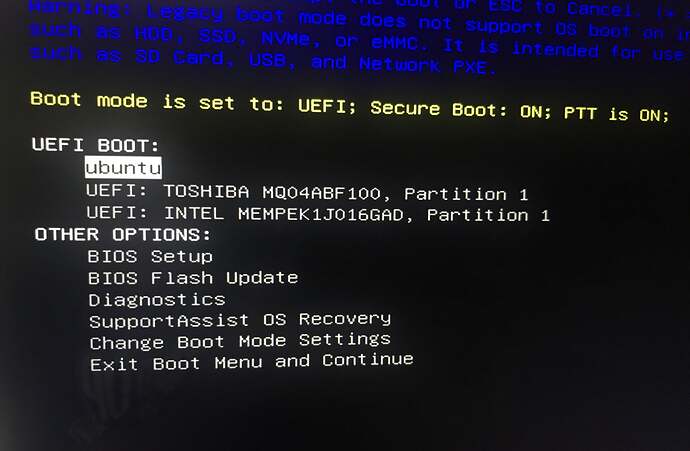 Installing a Linux OS with RST is trickier than it first appears.
I believe you can recover the boot and installation, this guide should provide step by step help:

Overview Intel Rapid Storage Technology (RST) is a solution built into a range of Intel chipsets. On platforms that have RST support built and enabled in the computer’s BIOS, it allows users to group and manage multiple hard disks as single volumes....