, everything grayed, and placing the cursor on the window shows the loading animation but even after leaving it opened for over 1 hour it never unblocked itself. 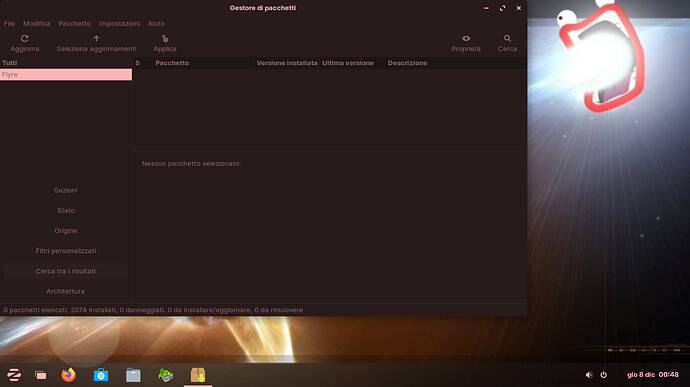 Schermata da 2022-12-08 00-48-591366×768 97.2 KB
When I checked its memory usage I saw it was consuming very few, usually when a software stops responding is using a growing amount of memory or has reached the maximum available, till I have to force-close or the system asks me if wait or terminate. I couldn't close it normally, doesn't work in this cases, it's not the first time that certain windows stop responding but usually it's temporary, not permanent. 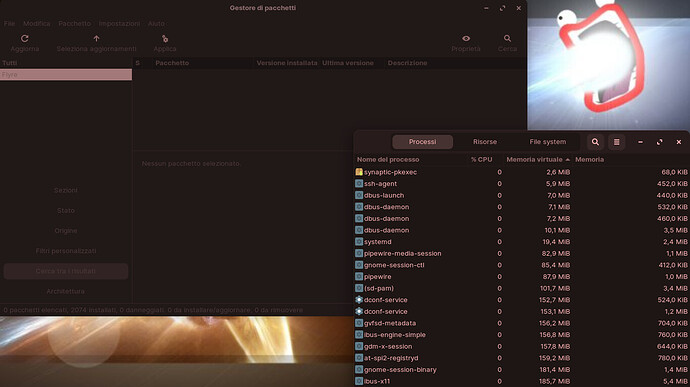 but probably it's normal as Synaptic Package Manager was still running after all. 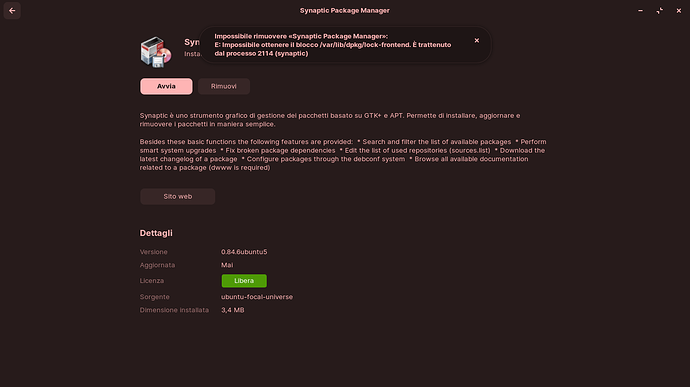 If you have not rebooted yet, use the following terminal command. sudo killall synaptic

Moved from Feedback to General Help.

I also had an issue with Synaptic PM yesterday. It failed to start, showing a dpkg error and proposing a fix. I tried uninstalling (to then reinstall) but it would not uninstall, even after a boot. I then entered the suggested terminal command fix for the dpkg error (to do with certificates) and then Synaptic PM opened OK. I have not tried to uninstall since, but was unusual behaviour from a trusted app.

The most recent Zorin Updates to come down the pipe included certificates and heimdal.

I think all users should run