I have been collecting Linux commands for about 10 years and I refer to this list when trying to help others and myself. They are categorized , but i certainly don't have them memorized. I refer to the list as needed and add commands related problems with to the many operating systems I've used. It's the most direct route to problem solving for me.

The engine is buried under anti-pollution equipment and the car seems to be run by computers to which I have absolutely no access, and none of the diagnostic equipment needed to analyze if I did have access.

You might be surprised.
I had a guy in with a 2015 Chevy truck not long ago needing ball joints. I pulled some out of the classic car parts shelves since the newer moogs were out of stock. No problem.
The alternator has changed little in decades - at least in principle. And @FrenchPress could pull out her soldering kit to wire in new brushes even on the integrated regulator/brushes models.
Strip away the anti-smog additions and it becomes pretty much the same thing.
And the reason the cars are so much quieter is not due to anything under the hood- at all. It is great developments in Noise Cancellation in the mufflers.
By bouncing the sound waves through chambers to create sound wave interference, you can cancel noise.
What makes newer cars difficult to work on is not the understanding of the principles - but Access.
On older trucks, you could open the hood, climb inside and sit on the inner wheel well and work on the engine. These days, you nearly need to pull the side-mount engine out just to change the drivebelt. Or the clutch disk... Hate clutch jobs on a sideways engine...

I have a book here (I can snap some photos) that covers the electrical, ignition, starter motor, generator, etc "for Modern cars". Published in 1910.
Though some parts look a little different, as you go through the book, you see how little has changed - even up until today.

And that Smart Shifting technology of computer controlled Automatic transmissions? Two Solenoids and an algorithm based on the output from the speed sensor. That's it. Easy Peasy.

I'm long past the age when I'm going to crawl under a car, but I'm just curious how much you think your customers need to know, and how/where they should get that knowledge?

As to where to get it: Forums and guides you can buy at half-price books are good sources, but I used to recommend people come by the shop and literally Tinker. Covid ended that.
But it was, back then, far more women showed up than men. And I wasn't complaining- because removing the stereotype that women don't know cars has always been a strong goal. Teaching them how to avoid Mechanic scams and auto parts scams - especially if they are women - because the salesperson assumes they don't know. As a quick and dirty example; I mentioned above about automatic transmissions using the speed sensor to output to the computer, which translates to output to the drivetrain. It's pretty common that a bad output at the speed sensor (which is a basic Hall Effect sensor) will cause erratic shifting. When this happens, the speedometer needle is likely to jump around.
Many shops will try to sell a new transmission or offer to rebuild the transmission All you most likely need though, is to re-wire the pigtail going to that sensor. Cost you 30 cents.

And @FrenchPress could pull out her soldering kit to wire in new brushes even on the integrated regulator/brushes models.

But it was, back then, far more women showed up than men. And I wasn't complaining- because removing the stereotype that women don't know cars has always been a strong goal.

I went though a science stream in the academic carrier and female scientists were always seen as some peculiar existences at least in my time in Japan.

The reality is that women can pursue science as much men can.

I went though a science stream in the academic carrier and female scientists were always seen as some peculiar existences at least in my time in Japan.

The reality is that women can pursue science as much men can.

For some amazing reading; I strongly recommend some research into the Lost women of Science- especially Astronomy.

Kedric, you say people don't learn by cut and paste, but i have been doing it in Windows and Linux alike for years. I retype instead of copying so i learn the command. Depending on how often i need to use it goes into recollection. So when we share our experience with a command, we shouldn't have to say you'll need to remember this... that's on the user requesting help.

As an administrator, i constantly enjoyed having access to admin actions in the context (right-click) menu. I was looking at how to add this to my installation earlier this week. I was also thinking of adding the app menu (not like other distros or de's with applications in the context menu), but the Zorin "Z", maybe some favorites as well. Nothing more convenient and productive than not having to travel to the left of my screen in order to open something. Mac and certain versions of Linux had that right. It also would open more space on the Taskbar for other applets i find useful but don't use because of space issues.

The terminal is invaluable, and i hope one day to choose whether i want to stay in the terminal or type startx and use the gui (learned that in kali). Until then each peice of software i install has a purpose and i use them interchangeably in the terminal and gui.

Adding some more functionality to the context menu can make it easier for people to transition. These people aren't used to typing to get around and it's something they'll have to get used to. In the meantime, what zorin is all about, we accommodate them the best we can offering both gui and terminal assistance as is possible. It's on them to choose to learn or go back to windows.

I'm glad someone started this discussion. I have used Zorin since Z-5, and have paid for Ultimate since Z-6 (which came on a DVD). Like tomscharback I have no desire to crawl under a car (last time I replaced burnt valves was about 1950). Prior to Zorin I tried Mandriva 2006, Linux XP 2006 etc. Haven't used WIN since XP, except for a month or so of WIN 10 on my desktop. Before Zorin Lite moved from LXDE to XFCE I used Linux Lite on my 11" notebook, but now use Z-Lite. I have Z-16 on desktop now.
I think I represent a different PC user, whose PC is just tool. I needed a system that just worked, and if it didn't I had help from Zorin Team. The Forum seems to be largely the preserve of computer experts and gamers. I never use Terminal (command line or whatever) unless there is no alternative. My time is precious to me, and I have many other interests, including U3A, a campervan and remaining financially solvent. By the way, I have dismantled this machine myself to add RAM.
I admire Aravision for his perseverance. I also changed my occupation when I was young, and have lived and worked in several countries, when computers and mobile (cell) phones were really science fiction.

I thinnk this useful information.

The Forum seems to be largely the preserve of computer experts

What the devil am I doing here, then...

I admire Aravision for his perseverance.

I get a nickel for every thread marked as Solved within three posts.

The Forum seems to be largely the preserve of computer experts and gamers. 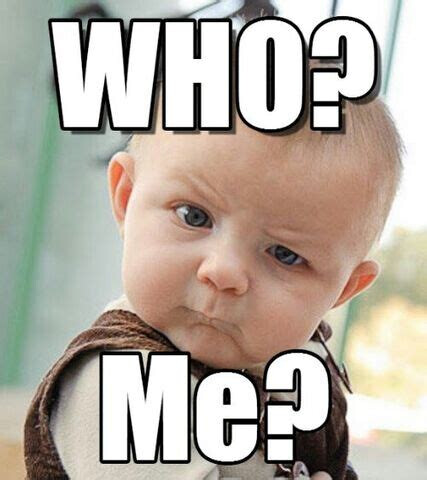 I am anything but an expert and I do not have a single game installed on my Zorin.

I'm glad someone started this discussion.

The credit should go to @Kedric.

He is possibly the youngest member of this forum

He is very good at questioning and triggering some good discussions for multiple facets of Linux OS.

I always say what does the commands do, I ALWAYS

In the above posting, @Kedric explains what each command does.
It is a very good way to introduce beginners to terminal

In the above posting, @Kedric explains what each command does.
It is a very good way to introduce beginners to terminal

I do it because I feel like giving instructions without telling what it does is pointless.

Imagine your maths teacher telling you the steps how to do the questions, but never tell you why. You will never know how to do it.

Imagine your maths teacher telling you the steps how to do the questions, but never tell you why.

Something tells me that you are good at mathematics

I do it because I feel like giving instructions without telling what it does is pointless.

9 posts were split to a new topic: English as a foreign language