Having a couple of issues with UI scaling settings that seem like bugs, but being a brand new convert to Linux (desktop at least) from macOS I'm not completely sure what's going on.

The controls near the bottom "Scale [100%] [125%]..." and "Fractional Scaling" slider will both make the requested change, and then switch the display being worked on to M1, rather than leaving it where it was on M2. The first several times this is really jarring and irritating because while you're trying to adjust M2, it keeps switching to M1, you end up changing M1. No, that's not what I wanted to do. Sometimes this happens on "apply" and others it happens immediately.

#2 - the scaling doesn't seem to be applied properly in at least two places. #2a - the little "Z" icon (using the macOS appearance). The icon gets stretched wide rather than remaining in a square proportion.

#2b - Some applications like Firefox and Settings use a window title bar that contains application-specific controls (ie Firefox has tabs here), and some behave more like macOS applications where the title bar contains only the window controls (close, min, max) and the application title. Homebank, "Main Menu", and Virtualbox behave this way. The issue is that these title-only applications, if UI scaling is set to anything other than 100%, have some kind of scaling problem where that title bar text is super small, barely readable - smaller than if the scaling was set to 100%.

One of the things this affects is not just reading the name of the application like 'Homebank' but the open filename is shown in this tiny text as well.

This issue affects not only the main application window, but any child windows that use this title bar style as well.

The attached screenshot is the best I can do, but it doesn't really do it justice how unreadable the titles are other than to show how disproportionately small the text is to everything else. 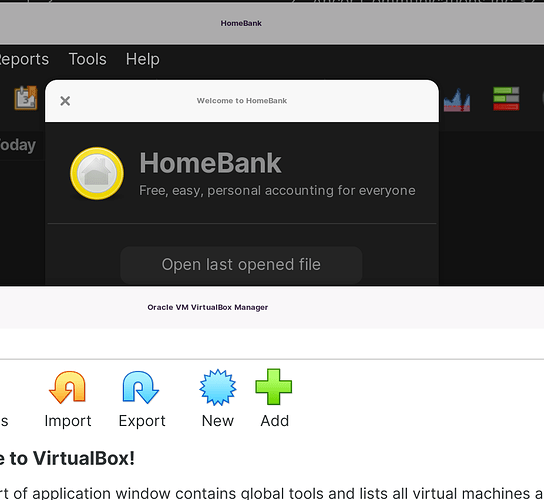 There are a lot of factors going on in just this one thread.
The possibility that the apps in question are using Wayland.
That these are being run in Virtualbox.
That Gnome's "fractional scaling" has been "experimental" since Leonardo DaVinci first proposed the project...

Select the edition of Zorin OS 15 Lite you wish to download.

Create a bootable copy and then enter the Display Settings in Lite and try adjusting your Primary Monitor with DPI.
Your travel path on XFCE will be Settings > Appearance > Fonts tab. At the bottom of the Fonts tab is DPI. Select Custom DPI setting and adjust as needed and see if you can replicate the above results.

You're right - I'm sorry that I was hasty and not more specific about the environment.

This is ZorinOS 16 Pro running on metal (i8700k / AMD RX580), no virtualization, using the macOS appearance. Virtualbox the application was simply shown as an example of the title bar behavior. Everything described and shown in the screenshot is out of the box, shipped with Zorin.

I'm having this same issue. Did you get it resolved?