I have a few updates that wont install.
When I press the Update All button, nothing happens. 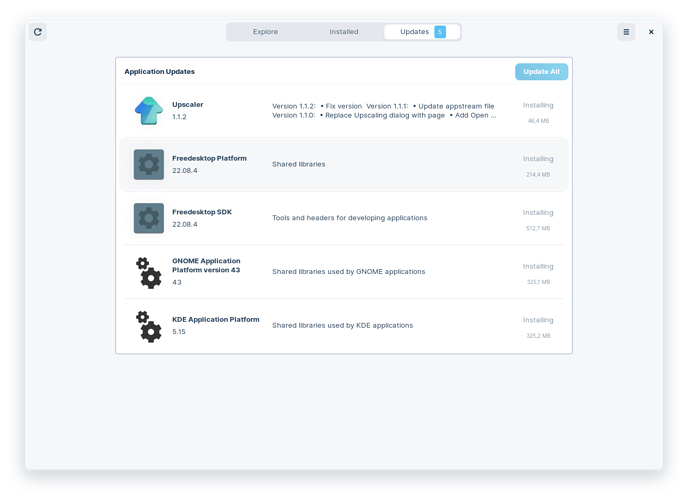 The updates have been there for a long time and apps keep getting added over time.
Is there a way to force these updates, or maybe reinstall these app?

They all say they are "Installing". How much time did you give them?

The Software updater can be a bit pokey, so be sure to give it plenty of time. If you're not hammering the Internet with anything, give the updates at least half an hour. The server might be busy, etc. If that fails, reboot. If that doesn't take care of it, open a terminal and run:

That should install all available updates.

Probably the update is running but you can't see the installation status bar because that bar is white on white background, I set dark theme and I see the installation status bar of course, it's white on dark background. An example of this kind of issue is this one below, I'm on Codecs (but happens even with other 3 buttons of course) inside Extensions section and as you can see you have to touch the screen with your eyes to be able to read the title Codecs right above that blue horizontal line. 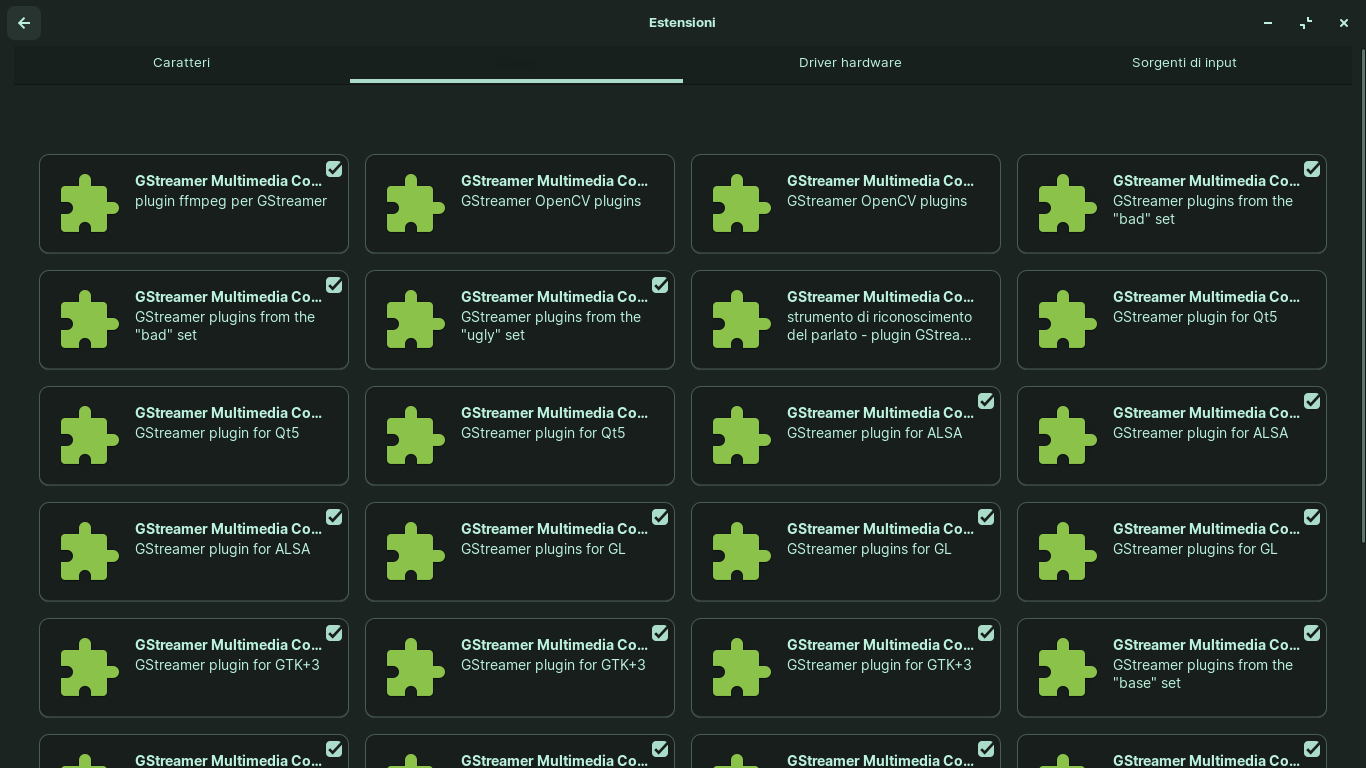 I also see that when I update one of them even others show the Installing status, but only one is really updating. And yes, it takes some minutes, maybe even an hour in your case as you have much MBs waiting.
1 Like
HanneMaes 28 December 2022 08:49 #5

They have been there for several weeks, but this command fixed it!
Thanks!

Probably a glitch in the software UI

Didn't work for me. I just installed Zorin Pro on new 8 GB USB, after having the previous one hacked and blocked through "squash" blocking it so it would not load. Today I use for first time the new USB, and went to "Update" and attempted to install them: I get a message telling me there is insufficient space. I click on the "settings" in message, and it takes me to the "Disks" which shows it is referring to the "Extension 4" and tells me that "tmpfs" is full. Why is it going there instead of to partition where the USB has plenty of space? (I have a ton of screenshots to view during this attempt). I went to terminal, entered your command: after ten minutes, I get same message in terminal (screenshot availabe). Also, when I attempted to click on some of the updates unneeded (lime Chinese/Arabic/Potugese" language updates? The update closes the window: 10 times. How do I redirect the updates to proper partition?
Thank you!