Now running 5.13.0-25...came down with the latest update. Seems stable. Now I have to try and break things.

I'm not expecting issues (usually don't have any on these updates) but you never know.

I hope it keeps you bubbly happy like it does me.

Ooooooo, I just noticed it says your volunteer tech support now, that means I get to ask you lost of questions! Just kidding, I made you think though didn't I? HAHA. Hope you like the position.

Just remember, its not easy, try not to take that tag too seriously, don't let it make you feel completely obligated. Take things at your own pace, and you might just do better then I.

Alright, start your engines, 5.13 kernel loaded into Mr. Fusion, cause once I get this baby to 88 miles per hour, your gonna see some serious shikernels popping out the back of the muffler.

it says your volunteer tech support now, that means I get to ask you lost of questions! Just kidding, I made you think though didn't I? HAHA. Hope you like the position.

I wanted the title to be "Volunteer" instead of "Volunteer Tech Support" but there seems to be no way to do that.

I noticed a major improvement in boot speed since 5.13. Is it only me?

After two kernel updates now, my system continues to use the older 5.11.41 kernel!

I just restarted, and then ran both screenfetch and a uname -a, and they both confirm I am running on kernel 5.11.41.

Now I have to try and figure out how to force my system to use the updated 5.13 kernel, cause I don't remember how to do that. Usually when my system gets a kernel update, it switches to it, but it hasn't been doing that lately for some reason.

@AZorin @zorink I am unable to get GRUB to list any newer kernel beyond 5.11.41. And thus I am unable to use the 5.13 kernel. Please read the following posts below, to get updates on everything I tried to fix this to no avail.

Check if you have an apt hold

Check that the newer kernel is installed:

Ensure that grub default is set to 0: GRUB_DEFAULT=0

You can boot from advanced options for Zorin to choose which kernel to boot from.

I confirmed 5.13 is installed by checking list of installed kernels. When I ran apt hold command, it listed nothing. Grub options are set correctly.

I rebooted into grub and I took this snapshot real quick to post to the forum, while I reboot into the system again. 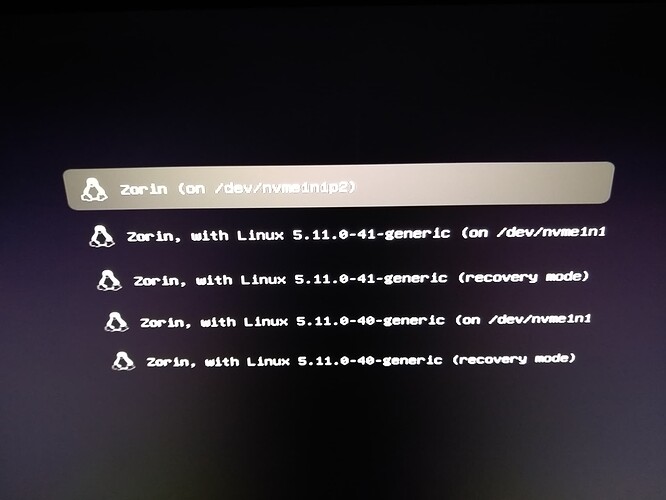 I ran those commands above, and here is where I am at now, with this situation.

After running the update and upgrade commands, the GRUB menu is still only showing options for the 5.11 kernel, no sense taking a new pic since its exactly the same as before.

Here are the GRUB options as they are now... 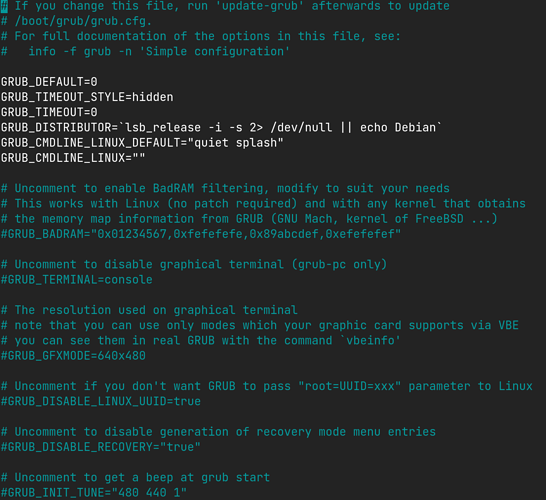 At the end of the day, the GRUB menu refuses to list the new installed kernel, I don't know what is going on. I don't know if its something I am doing wrong, or there is something wrong with the OS. 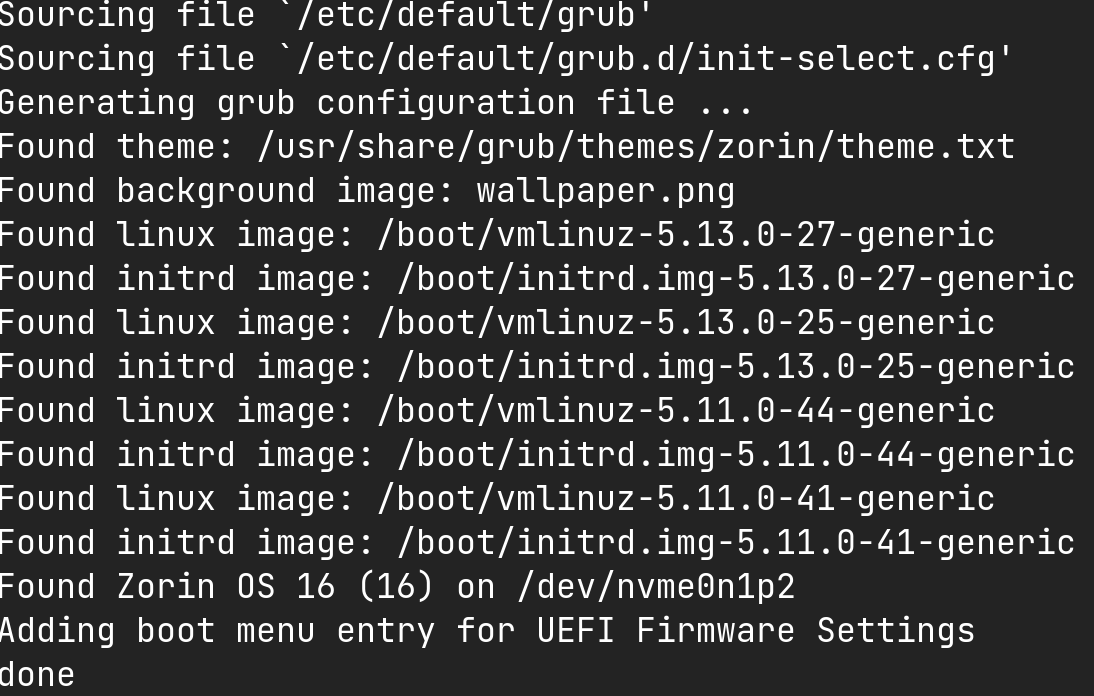 Now, I just need to reboot into GRUB and see what options there are, so I will restart again and let you know, for now I posted what it did when I ran the GRUB update command.

It's the same, no change. God I hate computers. There's just no fixing this is there? 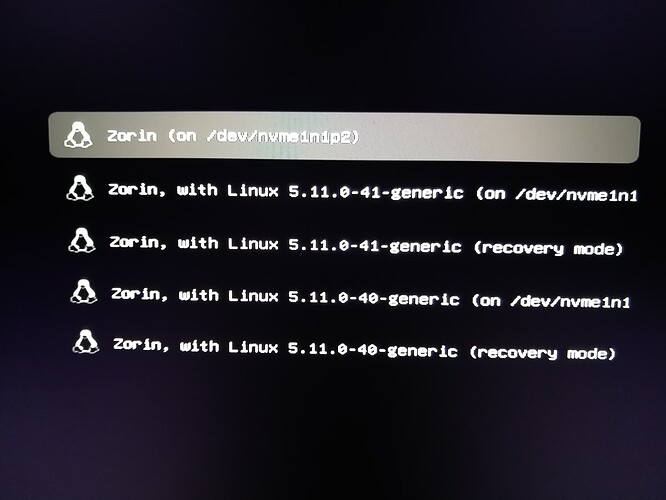 This is a strange one...
Can you try

After running first command, it generated a huge list of linux image stuff. And ended with this...

When I ran the next command, it took a bit to complete, and it ended with this...

Then ran the GRUB update... 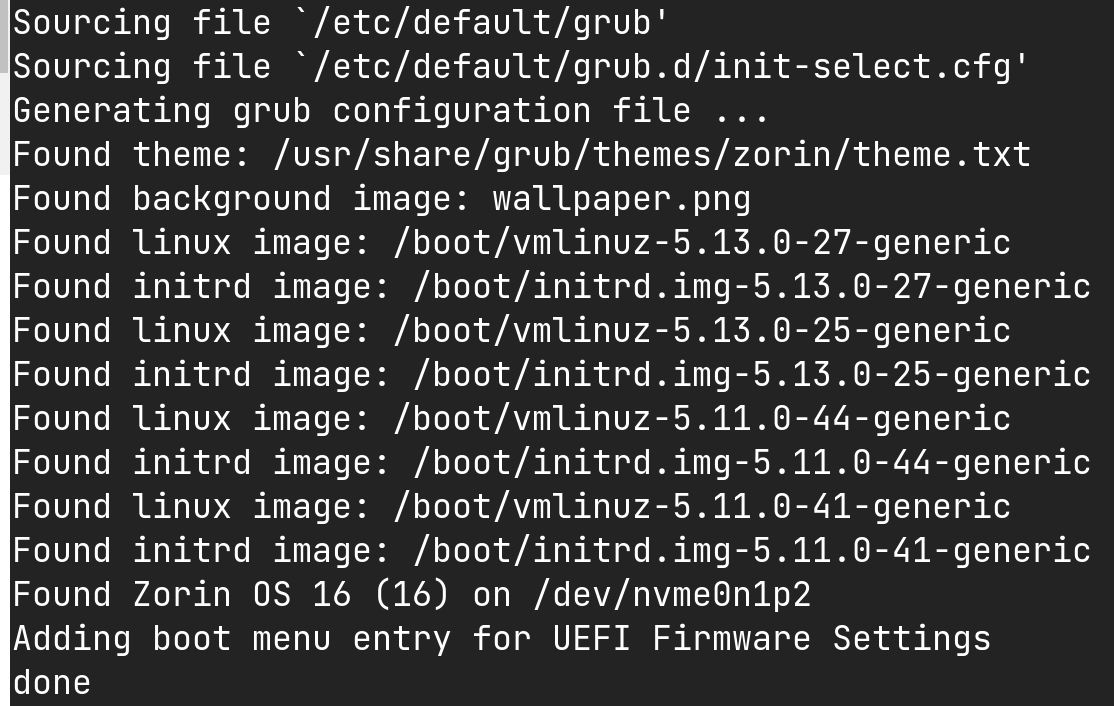 OK, time for me to reboot and see whats happening now, I'll get back to you quickly by phone like last times for that.

Ok I'll run those commands once I get booted in

OK I did it, seemed there was something to remove. I assume that I should be running the update GRUB command again, so I will run that too, and then I will reboot and let you know.

K, ran the Grub update command, that part didn't look like any change in that process. Now I am going to reboot and let you know.

Still the same. I don't understand any of this. I'm frankly at the point of giving up. This OS won't straighten up and fly right. I'll never see another kernel update ever again at this point.

Treker, I understand your frustration.
I routinely deal with that same frustration across countless threads trying to figure out why something is behaving oddly.

We can ignore the bit about the kernel, since you have already been on the 5.13. It suggests ading a Grub parameter: sudo nano /etc/default/grub Arrow key down to this line: GRUB_CMDLINE_LINUX_DEFAULT="quiet splash" and change it to look exactly like this: GRUB_CMDLINE_LINUX="i8042.notimeout i8042.nomux" Once done, hit ctrl+x to exit, then the y key to say Yes to save, then the enter key to save the configuration and exit. Now, update grub (essential step): sudo update-grub Reboot a…

You are a Saint. [Bravo Applause GIF by AS Saint-Étienne] I have fully booted to Home as it was before discovering the syslog and boot loop as well as recovered all that space. I know it turned into a lot but thanks for staying zen.

At the moment, I am stumped as to why the 5.13 kernel is not being recognized. In fact, it is the first time I have ever seen that happen.
Please try to handle frustration in a more productive way...