Folks, wanting to install Proton VPN on my Zorin computer. After following the Proton install directions and doing the "last" request of sudo apt-get install protonvpn all I ever get is this : E Unable to locate package protonvpn
Any thoughts? Perhaps I need to move the downloaded and expanded files into a specific folder?
Many thanks, PC

Can you detail the commands you've run so far?

This has worked in the past, I've done it many a time.

sudo apt-get install protonvpn is the command to install Proton VPN while E Unable to locate package protonvpn is a warning telling that the package couldn't be found but I'd have expected to read E Unable to install package protonvpn instead because if the package isn't installed yet how can the terminal warn you that the package couldn't be found as the installation still didn't create that package? Or does it mean that it can't be located on the source server? Anyway, Zorin has a built-in VPN, do you want to install a new one for preference?

Luca, thanks for your words. I can't answer most of them since all I do is the step by step as instructed and end up with the "unable to locate package"
If Zorin has a VPN, what is it called?
Anyways, I use Proton on my other computers so I'm familiar with it.
TY for your thoughts, Price

Jgordon.
First thing done was to download the Proton choice under Ubuntu. Once that was done I Double-clicked the downloaded DEB package to install the repository using my default package manager. Note: Here may be an issue since I've no clue if I have a package manager. So after doing that (and lots of stuff did happen on screen at that point) I did the sudo apt-get update which also showed a bunch happening on screen. Next I did what was told to be the Final Step.
entered sudo apt-get install protonvpn and the rest is history. That always ends in E Unable to locate package protonvpn
Obviously I'm doing something wrong but I did follow the Proton directions.

Thanks for your help and thoughts, Price 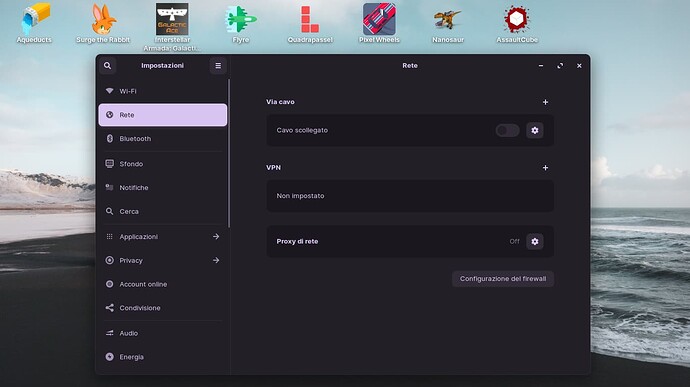 Luca, I will poke around but this screen shows that I can ADD a VPN but my Zorin install does not seem to have one. Even from here, when I try to add or to "setup" a new VPN, nothing happens. Sigh, thanks for the help. I will get this done some how! All the best, Price 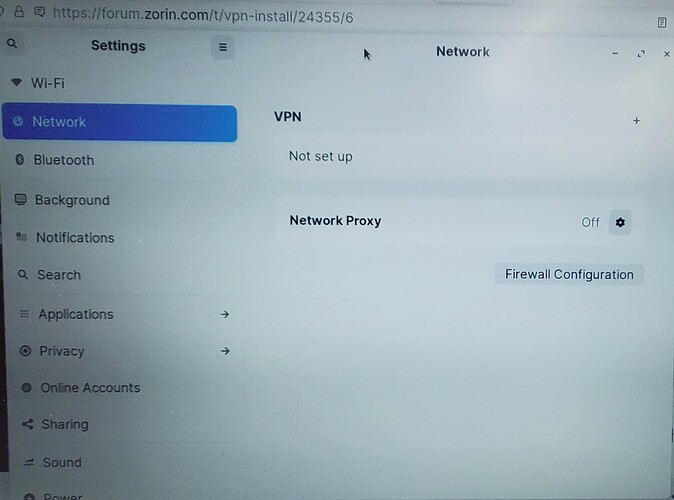