Hi all!
I am curious, if there have been any talks about Moving to Gnome 43 and starting on Wayland by default on Zorin OS As does Fedora and I think Ubuntu.

Certainly missing newer looking DE, though I do really enjoy the scaffolding Zorin Appearance app gives with it's layouts and theming. Really enjoy it while changing up the looks of my desktop.

Asking about Wayland because I experience screen tearing and that Xorg's development has slowed down afaik.

I'm using wayland at the moment. 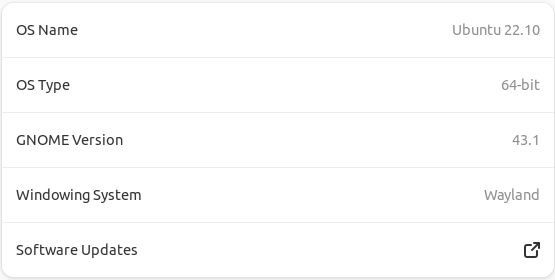 It's just about the same experience only with some differences: 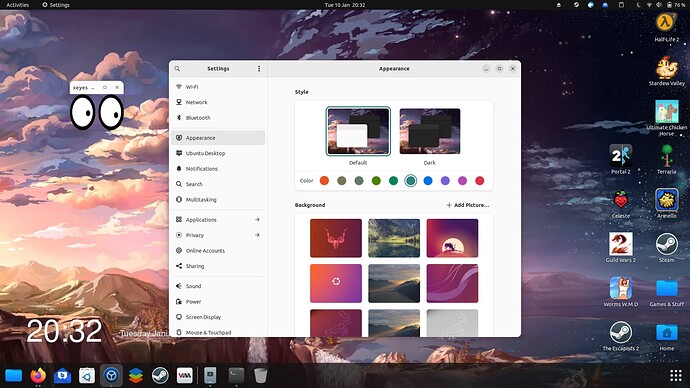 Gnome 4* is not supported. Ubuntu packages would be installed instead of Zorin, and it possibly won't boot again if you perform that upgrade.

Assumed that it won't really boot if I really did that. That's why I am asking about Zorin.

Thanks for the heads up. I am aware. And I am aware that Zorin OS is a fork of Ubuntu currently based on 20.04 LTS.

I really like the things Zorin has done on top of Ubuntu and would really like to keep them. Enjoying using Appearance app instead of doing it all manually mishmashing the extensions together. At least I can be sure that the layout presets are tested together and will give me minor glitches.

I also suspect that we are staying at 20.04 LTS for that same reason - the stability of behaviour. Which I appreciate.

Also thank you for the report on the Wayland performance on Ubuntu 22.10. Can you subtitle it somehow, so anybody who happens to read that thread later, will understand that it is indeed vanilla Ubuntu 22.10 you are using not you doing repository magic on Zorin, which probably will cause fatal issues as mentioned by 337harvey.

I thought I did (see above picture on my post).

A novice might think that updating to 22.10 somehow might cause the the settings to show it's ubuntu 22.10. And to be honest, I am not sure it won't if somebody will decide to change repositories and let the update rip through the system.

Just to be on the safe side. Jumping 2 years from 20.04 to 22.10 when you have a whole separate zorin repository on top, which only accounts for packages in 20.04, cannot end well.

Maybe over-thinking. Just trying to save somebody from a possible OS crash in the future. Or a dependency hell.

Therefore, it's best to wait until the next major release (Zorin 17, which will be based on 22.04) to come out, right?

Is there info regarding this somewhere? Also in a sense I am a Firefox deb refugee here - would firefox be a snap on 22.04 - I would guess most probably.

Though I tried it on 22.10 recently - firefox snap, wasn't as the deb but wasn't too bad on starting time neither.

I heard mid 2023. I'm pretty sure Ubuntu 23.04 will release first. Ubuntu Unity is getting a redesign in that version.

I think it is a conscious choice by System76 team.

There was a lot of noise about snap being slow on start on Ubuntu 22.04. They even made a metapackage on apt, so if you install with apt it will still install the snap.

The reason for that was that Mozilla wanted to minimize the amount of development effort they had allocated on Ubuntu (6 different debs for different releases or something). Ubuntu solved that issue with the snap exclusive 22.04 release.

Tried couple of days ago 22.10 on my other laptop - the load time of the snap (I assume, since it was still slow compared to what I have on Zorin - much snappier) was much better.

Turtle - is there a chat or IM where we can continue chatting. This convo seems to spill out of the confines of the topic. If not now, then quite soon.

is there a chat or IM where we can continue chatting.

Not that it looks like. It's probably best if we stay on topic here. I did go off topic at one point in another thread.

Display server expert Daniel Stone explains what is really happening with the future of graphical display protocols on Linux.

That means WAYLAND is Future.